Me: *Walking down the street, holding a copy of The Incredible Hulk #1*, and then notices एंजल Bunny running from Fluttershy, and I catch him*

Fluttershy: *Reaches me* Thank you...

Me: *Hands एंजल Bunny back to her* Welcome.

Fluttershy: *Sees the comic I'm holding* Who's that?

Me: *Shows her the comic* It's the Hulk.

Fluttershy: Who is the Hulk?

Me: The Hulk is the सेकंड form of Bruce Banner, when he saved a kid named Rick Jones, who had wandered onto the test field of a Gamma रे bomb, turning Bruce Banner into the Hulk.

Fluttershy: Wow! Poor guy...but why is he called The Hulk?

Me: The angrier the Hulk gets, the stronger he gets.

Me: He also formed the first Defenders team in Marvel Feature #1*. This team consisted द्वारा The Hulk, Namor, and Doctor Strange.

Fluttershy: Well, at least he can be a team player.

Me: The Hulk was banished during the Planet Hulk* story line, and came back to Earth to wage war on all हीरोस during the World War Hulk* story-line.

Me: During the Original Sin event*, he also learned that Tony Stark tinkered with the Gamma Bomb, but it turns out that Tony Stark remove some parts to keep the bomb from destroying an entire city.

Fluttershy: That's so interesting! Do आप have any Hulk comics I borrow? 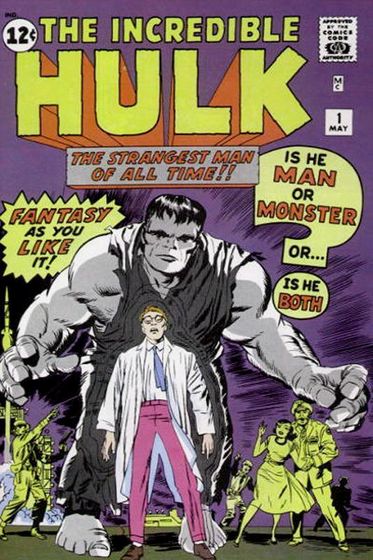 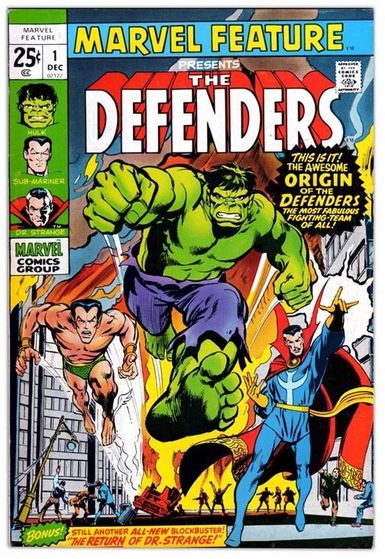 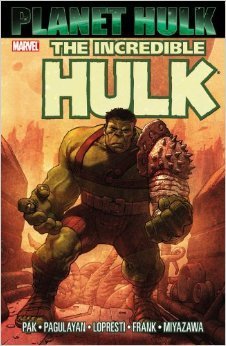 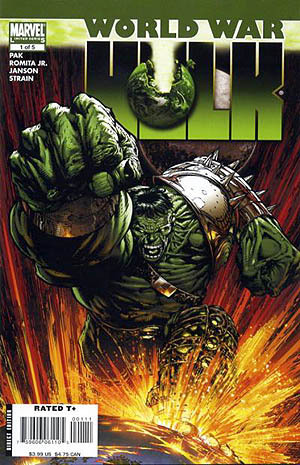 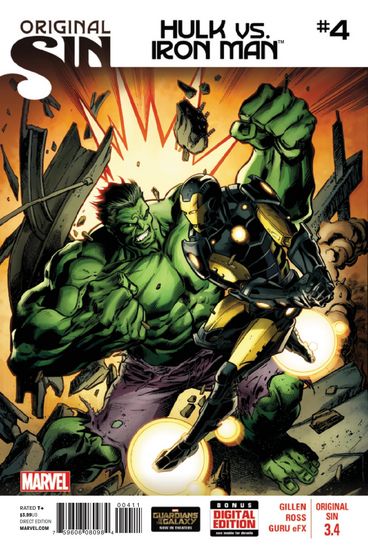 *Original Sin #4
Seanthehedgehog likes this
Canada24 When I see hulk, I think of Brutaloo.. Just the way it is
BlondLionEzel Who is Brutaloo?
Canada24 She's the one on my profile picture
BlondLionEzel Oh okay.
Canada24 She's a temblr anti hero, and a mentally insane verison of Scootaloo
BlondLionEzel Does she fight villains?
Canada24 On and off.. She's basically hulk. Make her mad,she becomes a huge creature
2
The Storm Part 9
posted by Seanthehedgehog
Barry, and Aurora found that the door to the roof was locked. They could not get to Lexi while she was making the snow bigger, while making it fall faster.

Barry: *Knocks on door* LEXI, OPEN THE DOOR RIGHT NOW!!!
Aurora: I could try to fly up there.
Barry: I can't let आप do that. The snow is too intense.
Aurora: Oh please. They don't call me Northwind for nothing.
Barry: Good luck.
Aurora: *Looks outside, and sees that two feet of snow are on the ground, and the snow is falling in big chunks* On सेकंड thought, let's try breaking the door down.
Barry: *Hears an explosion* That's the 30th explosion...
continue reading... 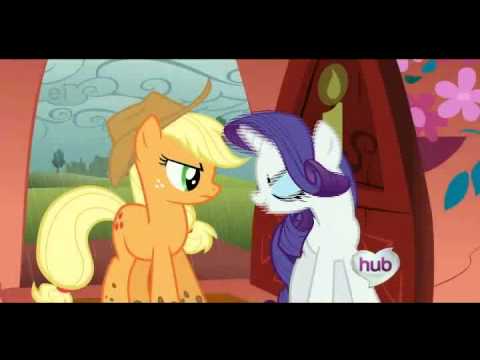 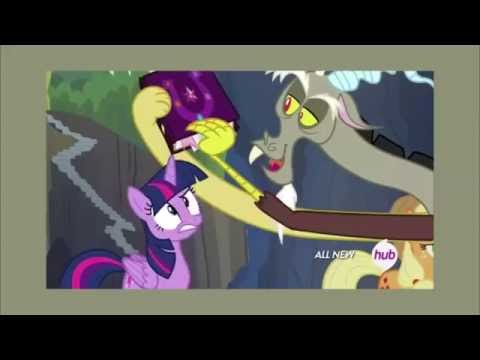 1
Thourougly Ananlyzing - Twilight's Kingdom
added by Seanthehedgehog
It's a review... Run for your lives!
video
my
magic
friendship
इंद्रधनुष dash
is
fluttershy
my little टट्टू
माइ लिट्ल पोनी फ्रेंडशिप ईज़ मॅजिक
2
Booze Brothers - Episode 11
posted by वींडवेकर्गाई430
(Plum Jerkum and Toy Sword walk down pier)
Toy Sword: Its real nice to be in a different city away from all the troubles in Liberhay City
Plum Jerkum: Well, I suppose it is much nicer here
Toy Sword: I've never really been outside of Liberhay City before. I'm so glad I get to see my dad after four years
Plum Jerkum: Well, thats god to hear
Toy Sword: Are आप okay? आप seem kinda down
Plum Jerkum: I'm kinda having problems with my brother. He kinda needed help from some certain ponies
Toy Sword: So your brother is a little crazy. Every family has at least one
Plum Jerkum: Yeah, I guess your right
Toy...
continue reading... 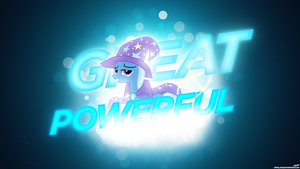 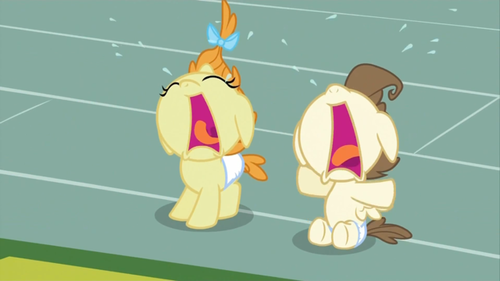 The Cakes
added by karinabrony
4
Fiery waves - the ups and downs of Summer Pride: Chapter 4: Regnum Elementum
posted by NocturnalMirage 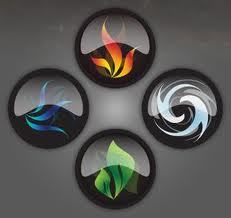 Fiery waves – The ups and downs of Summer Pride

As I look back to the path where I came from, I must realize, this was the longest time I've spent in one place. This was our time. The Reign of the Elements.

According to tradition, my oldest brother, Landslide should have been crowned King. But he wasn't fit to rule. And he knew that. Despite his name, he was a gentle, spiritual soul, who lived a humble life. He did not care about material wealth या power. He spent most of his time in the open fields, living like a hermit. Don't get me wrong, he wasn't a टट्टू who you...
continue reading...
5
The last solstice - Chapter 27: Time
posted by NocturnalMirage
The last solstice


A few hours later, Nocturnal Mirage was lying on his back beside the Princess, observing the twinkling stars on the cobalt sky from her balcony. The night was cold, their breaths were visible, but Celestia's body was radiating with an unusual, strong warmness, heating up the air in a small radius, like the flames of an intimate campfire.

“You know, every time I look at those beautiful stars, I wonder what's up there...” Mirage broke the quietness after some time.

“Indeed.” Celestia replied softly. “Everypony who took the time to gaze at Luna's work...
continue reading...
1
Hedgehog In Ponyville 8 part 2
posted by Seanthehedgehog
After killing the enemy I got in my car with इंद्रधनुष Dash, and we started going to Sweet सेब Acres. We weren't sure why it was snowing.

Sean: Do आप suppose Twilight did this to fuck things up?
Rainbow Dash: Maybe. It could be part of her plan.
Sean: *enters sweet सेब acres*
Rainbow Dash: *looks at ponies* Wow, there's a lot of them here.
Sean: Seems like बनाया गया, एपलजैक, मौजमस्ती did half of our job for us. Now we just gotta see what's going on. *stops*
Applejack: इंद्रधनुष Dash! Are आप alright?
Rainbow Dash: I'm fine. Sean prevented Robotnik's soldiers from attacking me.
Applejack: Good for you.
Sean: What's...
continue reading...
1
Mlp FIM webistes
posted by Mylittlecute12
link 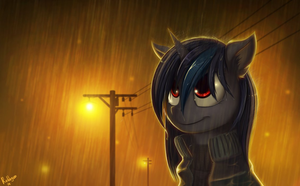 Nightcall
added by tinkerbell66799
Source: Original Owners (NOT ME!!
2
Ponies On The Rails Episode 25 Part 1
posted by Seanthehedgehog
Warning: Since Wilson became a new character in this series, I forgot to put in his name for the opening credits, but don't worry, I have fixed that.

The "Not so" Great Escape 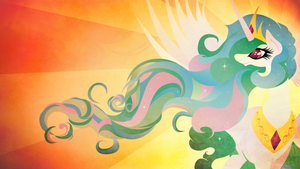 Celestia
added by karinabrony
Source: Equestria Daily
3
my little टट्टू meets warriors book 1: the warp
posted by awsomebrony
Chapter 1- The moon was full and was high above the sky. There was a rustling in the bushes behind Peppy. Peppy was a cat with black फर and a white belly. His eyes are a bright green. Three बिल्ली appeared from the bushes. One was all white with blue eyes, and her name was Snow . The सेकंड was gray with black stripes on the back, his name was Midnight. The last one is a cat with blue फर and blue eyes. Her name was Rain. All three approached Peppy in silence. The silence was broken द्वारा another cat. His name was Leopard.

Leopard had नारंगी, ऑरेंज फर with black spots and he had brown eyes. Leopard was...
continue reading...
2
The Storm Part 10
posted by Seanthehedgehog
Since the bridge collapsed, and everypony had to evacuate Frenchtown, the police made everypony पार करना, क्रॉस the ice that formed on the Delamare River.

Police टट्टू 64: *Looks around* I have a feeling we forgot a few ponies.
Police टट्टू 57: They probably ended up dead.

3
OCs that Need to Be Destroyed Episode 2
added by Seanthehedgehog
[Insert video विवरण here]
video
my
magic
friendship
my little टट्टू
माइ लिट्ल पोनी फ्रेंडशिप ईज़ मॅजिक
1
Ponies On The Rails Episode 54 Part 3
posted by Seanthehedgehog
Ten मिनटों after Metal Gloss left the station, Roger was about to arrive. He did his best to drive the train, but nopony trusted him.

One end of the plank hit the bottom of the platform, and Roger's engine derailed.

Michael: *Runs out of station to see what happened*
Roger: *Walks out of engine*
Vandals: *Runs away*
Nikki: *Walks over to train*
Michael: No और work for आप today.
Roger: What's that supposed to mean?
Michael:...
continue reading...
2
What's Your Take - लेख 50 - The Dead Channel (50th लेख Special)
posted by वींडवेकर्गाई430

Well... I can't believe its here. I कहा I'd review this back in my Modofiyers review, so here it is. I give आप the worst, and I mean the fucking WORST, channel of this दिन and age... Nickelodeon.
Okay, so why is Nickelodeon so awful... Well, lets compare some other channels. Cartoon Network has Adventure Time. डिज़्नी has Gravity Falls. Hub has My Little Pony: Friendship is Magic. What does Nickelodeon have......... They have modern Spongebob, Sangey and Craig, and........... Well, I'll tell आप the other दिखाना when it comes to it. Now, these are the three shows that Nickelodeon has most......
continue reading...
More Cards
1234567891011