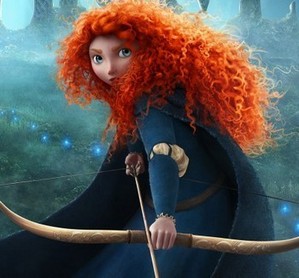 Pretty, isn't she?
Hi guys, this is the सेकंड time I'm लेखन a DP movie since Tangled. I hope that I'm not making आप all bored with this and here it goes.
Let me start first with Merida and I actually she was going to be like Ariel and Kenai from Brother Bear, but then it turns it out that she changed during the सेकंड half of the movie. She comes off as a funny character despite being a rebel in the family and I grew to like her.
The majority of the movie reminds of Brother भालू as the line in which Merida कहा 'I don't talk to Bears!' reminds me of that movie, it's only during the ending which reminded of the Mob Song from Beauty and the Beast. Which also includes क्वीन Elinor's transformation!
King Fergus was another funny character that I swear I died of laughter, he and along Merida's three younger brother brings magic to movie and they're are really amazing!
Finally, the scenery is really Scottish and I hope to go there someday. Despite having no songs in it and Merida did not get marry in the end, संपूर्ण, कुल मिलाकर the film really benefits a lot and it became my personal 3rd favourite now! 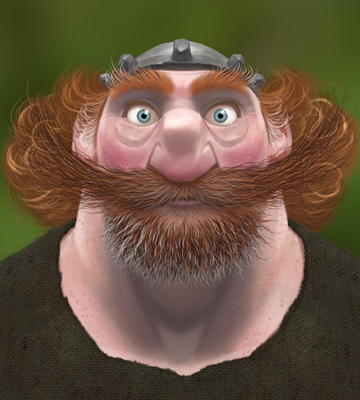 OMG! JUST LOOK AT HIM!!!
DsnyPrincess likes this
DsnyPrincess Yay! I'm glad you like it I love the movie, and i totally agree throughout the whole movie her father and brother's were just so hilarious!
Emily's Storybook Chapter 2 Part 1
posted by BookWorm26
Chapter 2
It all started turning light again. Emily opened her eyes. She winced with pain. Her head was hurting like it just got hit with a frying pan. She heard birds chirping. They smell of pinecones was wavering over her nose.

"Your squishing me!"Scolded a voice.

Emily didn't know what that voice came from. She removed her hand from the grass, and there it was. A cricket dressed in a black suit with black velvet hat.

"But first tell me your name," Emily Said.

1. Congratulations for being November प्रशंसक of the Month! How did आप feel?
I feel very honored and overwhelmed. I 'm also so surprised that people voted for me because I प्यार this site and I'm always on this club!

2. How did आप first get on फैन्पॉप and डिज़्नी Princess spot?
Well I was looking up Princess क्विज़ to दिखाना my family how much I knew about the Princesses and saw what else आप could do and I just thought "Perfect!"

3. What is your प्रिय activity on Fanpop?
Defiantly the polls, I just प्यार having my opinions being voiced!

4. Is...
continue reading...
1
My प्रिय डिज़्नी princesses
posted by Singact22
Hi guys. I've been on this site for a while and have not written this article. I guess its because I have trouble ramking them. But I'll give it a shot. This is my opinion and no on elses. please टिप्पणी दे if आप want to share your lists या your opinion. Also this is only judging on the first movie, no sequels....anyway......

10.Aurora-
Don't get me wrong I like aurora, but someone had to be #10, and thats her. I find her slightly boring and i never really liked her movie. But she is beautiful.

9.Cinderella-In the third movie, I loved her...but I am only judging on the first movie. In the first...
continue reading...
1
Jeannette Thomas: Secret डिज़्नी Spy, Part Five
posted by Candy77019
My butt slammed hard onto a plate filled with Mediterranean salad, which Gaston was about to eat. The तालिका, टेबल shook under my weight, but it was still stable.
I looked incredulously at Gaston, who was smiling. "Hello, Angel. Fall down from Heaven?"
I was about to answer, when I heard shouts. All around me, the डिज़्नी characters looked hostile towards me.
"Who the heck are you?" demanded Minnie Mouse.
Only an idiot would tell a complete stranger their name.
Suddenly, the two guards who had found me pushed their way through the crowd.
"There आप are...now put your hands up and we won't hurt you."...
continue reading...
4
डिज़्नी Princess Part 6 :Where Do I Go From Here
posted by KataraLover
It's a new दिन they were practiceing fighting but Pocahontas looked sad and look at her हार and a compace. "What's wronge Pocahontas" asked Belle. "It's something I must decide" कहा Pocahontas. "What is it sweety" कहा Snow White. "Well there are two men that I'm in प्यार with but I don't know who I will go with" Pocahontas. "They're John Smith and John Rolf right" कहा Ariel. "Yes I'm not sure who what if I leave one broken hearted so much he'll die what if I choose wronge what if....." कहा Pocahontas. "What if आप make the right one आप should listen to your दिल like I did" कहा Mulan....
continue reading... 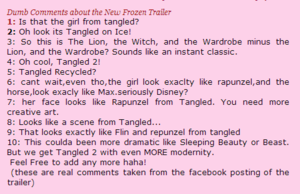 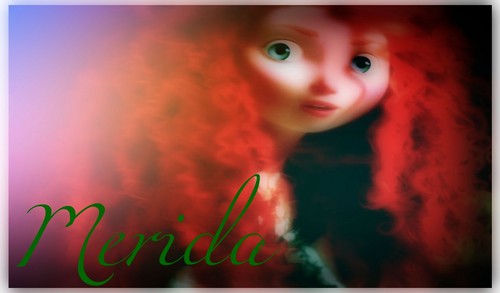 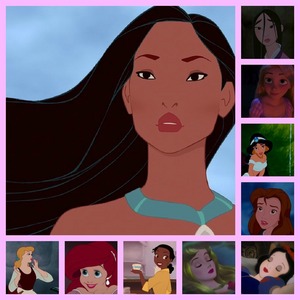 All the pictures in this article are made by me :)
It has gone like 3 months since I last wrote this लेख so I decided to update this last. Please leave a टिप्पणी दे :)

10. The Princess and the Frog 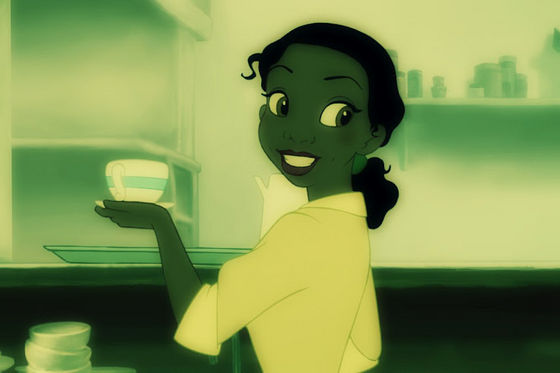 Okay, I प्यार this soundtrack and with that I mean the songs, the scores are just okay, but not और than that. The songs aren't as bad as people says that they are. To me they are catchy and okay a little unmemorable, but I can't say the songs are terrible. The best song is "Almost There", it's such a catchy song and easily the most memorable song in the movie. It's hard to choose my प्रिय score, but I guess that's the last one (you know...
continue reading... 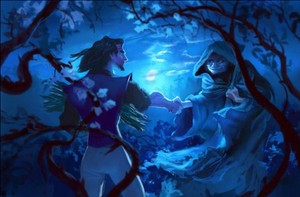 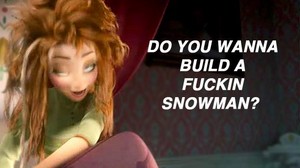 1
डिज़्नी Princess - Princess Anna
added by PrueFever
7
Why Rapunzel is one of my प्रिय princesses
posted by sailorshipping
1 = Rapunzel makes the best out of living in a tower with her pet chameleon. She has no internet, no phone, nothing. Which is why I don't like it when people say she can do too many positive things, या she has too many positive traits. Her step-mother probably taught them to her so that she wouldn't be bored everyday while she's stuck up there.

2 = Rapunzel doesn't rebel the first time. She listens to Mother Gothel, and stays put. When she see's Flynn, she doesn't welcome him in. And when she does knock him out, she's proud to tell Mother Gothel.

3 = After she's out of the tower, she keeps thinking...
continue reading... 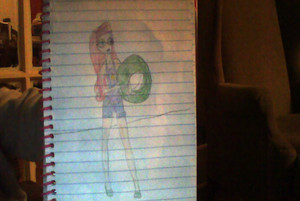 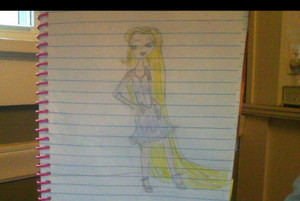 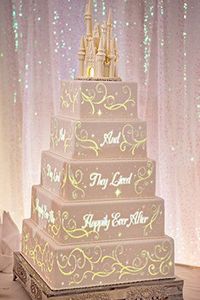 Disney Princess movies deserves more weddings
After the लेख of wedding gowns for DPs, it got me thinking as to how would each princess get married, what would be the theme of the wedding and so on. I प्यार weddings! So, I have thought of theme based weddings for all princesses. Hope आप enjoy this. This part talks about only classic princesses.

Snow: The एनचांटेड Woods
After all the life and death crisis, I think a private forest wedding ceremony, just between the prince(and his close family) and the dwarfs would be a harmonious affair. After all, this is where she found her life back and the family she's ever known. And being her,...
continue reading... 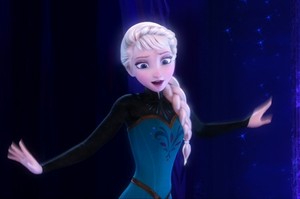 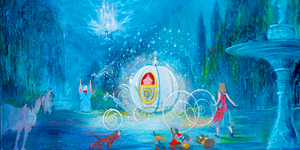 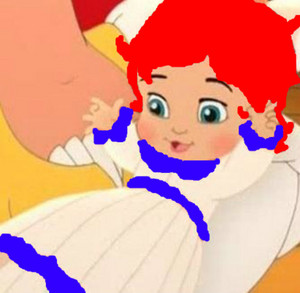