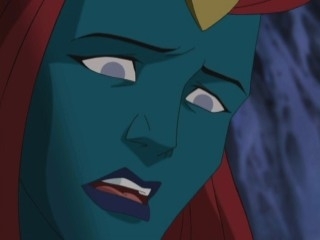 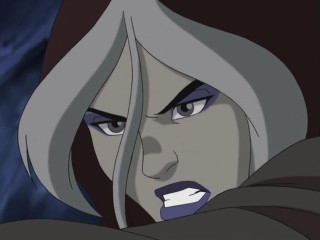 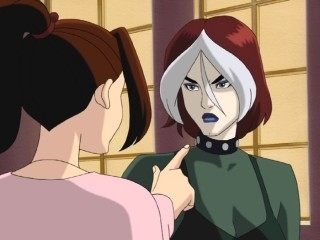 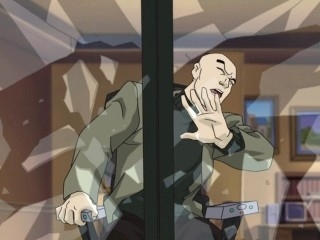 Very little is known about Scaleface, as she only made a brief appearance in X-Treme measures. As Berzerker came out of Torpid's paralysis, Scaleface tried to stop him from leaving.

Scaleface was able to morph from her regular human appearance into a large reptilian beast. She was also able to breath आग as the beast.
1
Mastermind
posted by leslie1060

One of the newest members of Magneto's crew. Mastermind was recruited द्वारा Magneto to help him with his daughter Wanda (AKA the Scarlet Witch). Realizing that Wanda's hatred of him would never stop on it's own and that her intense desire for revenge would keep her as a...
continue reading...
2
Gambit
posted by leslie1060

Name: Remy Lebeau
Age: Unknown (Presumed Early 20s)
Powers: Ability to kinetically charge any item
Affiliation: Acolytes
First Episode: दिन of Reckoning
Must See Episodes: दिन of Reckoning I and II, Stuff of Villians, Impact, Cajun Spice
Originally from: New Orleans, LA
Known Family: Jean-Luc LeBeau (Adopted Father)
Romantic Interests: Rogue
Voiced by: Alessandro Juliani
Quote: "Its like having fifty-two little explosives tucked away in one pocket."
Being able to kinetically charge any item and have it explode on release, Gambit is not someone to be taken lightly. He also has moderate acrobatic and...
continue reading...
1
Magma
posted by leslie1060

Amara's entire adolescent life was spent on an island (Nova Roma) that was completely hidden from the rest of the world. As time and technology moved forward, her homeland did not. She is still learning to understand present-day technology (i.e. electricity, cars, computers, etc...).

She was the only daughter to the King of Nova Roma, and at times acts like a little princess. Amara will often cover her lack of understanding with a bitchy "better than thou" attitude, but she is truly a very good person. Amara is able to generate huge amounts of heat. When powered up she takes on a आग like appearance. She is also able to control lava and volcanoes.
1
Colossus
posted by leslie1060 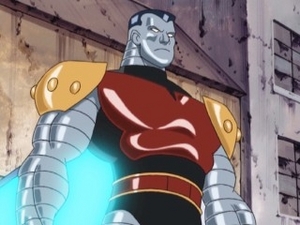 Brought in as one of Magneto's crew after the Brotherhood turned on him, not much is known about the young man Colossus. During a brief encounter with Logan though, it seems that he is not one of Magneto's henchman of his own free will. Magneto is holding Piotr's family and forcing Piotr to do as he wishes if he ever hopes to see them again....
continue reading...
1
Iceman
posted by leslie1060

Bobby is a sweet kid, full of youthful exuberance, and eager to learn about the cool stuff the Institute has to offer - especially flying the X-Jet. As a result of this eagerness, he's become sort of the unofficial leader of the new recruits. Sometimes his enthusiasm to try new things exceeds his ability to actually pull them off.

Bobby's mutant power allows him to project intense cold and turn moisture in the air to ice. He can form a thin layer of ice over his entire body, create "ice slides" to glide around on, and आग off all types of ice forms as projectiles.

With Spyke's absence from the team, Bobby has filled in during X-Men missions, and has become an unofficial member of the team.
1
Pyro
posted by leslie1060

Name: John Allerdyce
Age: Unknown (Presumed Late Teens)
Powers: Ability to control flame
Affiliation: Acolytes
First Episode: दिन of Reckoning I
Must See Episodes: दिन of Reckoning I and II, Cajun Spice
Originally from: Australia
Known Family: None
Voiced by: Michael Dobson
Quote: "I'm real glad आप dropped by... 'cause I've been bored outta my skull!"
Pyro is able to control, but not generate flame. Therefore he always has to have something to make flame for him, such as a lighter या flame thrower. Take out his flame स्रोत and he's powerless!

With the death of Magneto, Pyro is the only Acolyte who's remained behind, though this is mostly to take advantage of his former leaders base. He spends most of his free time just watching replays of Magneto's death, which he is endlessly amused by.
1
Toad
posted by leslie1060

There's a Todd Tolansky at every school, a shrimpy wise-mouth who thinks he's tough because of the thugs he hangs around with. Todd hangs out with the other members of the Brotherhood as his way to gain respect. He's become close with Avalanche and especially the Blob, who's adopted a big brother type relationship towards the little guy. Todd has also developed quite a crush on the new Brotherhood member, Wanda, the Scarlet Witch.

Todd is always leaping about causing all manner of mayhem. He has incredible leg muscles for kicking, a long tongue for grabbing things and can spit-spray goop to gunk-up the works for people.
1
Scarlet Witch
posted by leslie1060

Commited to an institution द्वारा her father Magneto when she was just a child, Wanda harbors great anger and hatred for both her father and her brother (Quicksilver). Freed from the institution द्वारा Mystique, she has joined the Brotherhood, but only as a temporary...
continue reading...
1
Blob
posted by leslie1060 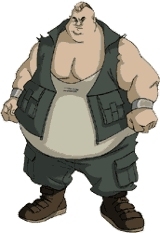 फ्रेड J. Dukes -- "Freddy," to his फ्रेंड्स -- is a huge guy who can absorb anything physical into his layers of fat. Even Wolverine's claws are useless against him! A natural bully, Blob always gets his way द्वारा virtue of his brutish personality.

His first days at Bayville found him chasing after Jean Grey. When she refused his advances he went so far as to kidnap Jean, but she was later saved द्वारा the X-Men. He hasn't had much luck with gaining any new friends, but has become close with his Brotherhood teammates, Avalanche and Toad.
1
X23
posted by leslie1060

Looking to duplicate the success of Weapon X (Wolverine), a group called 'Hydra' conducts experiments to create an ultimate weapon, a perfect soldier. They failed 22 times, but the 23rd attempt was a success. The solution? Logan's healing factor. To duplicate his mutant ability they used Logan's DNA, creating a clone. But during the process, they had to make some changes,...
continue reading... 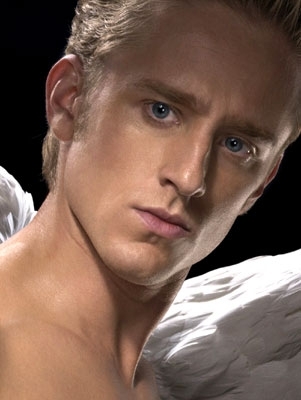 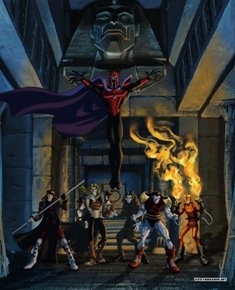