6
The Lion King Zira's story
posted by ola9
On a very rainy दिन in the Wildlands a little cub was born it's mum named it Zira.Zira loved her mum but one दिन she died,she got killed द्वारा another lion in a fight for the land.Zira was very unhappy about her mum's death,so she run away into the Pridelands and when she was running she slipped and fell into the water.
When she was calling for help a different lion heard her and came to save her.Once she asked the lion "What's your name" she asked
"My name is Scar" he replied "My real name is Taka" कहा the lion,"How did आप get the name Scar" Zira asked him and he कहा "I have an older brother his name is Mufasa he's gonna be the futre king and first I felt very happy for him but then I became jealous and I really hated him because every one turned their attention to him not me, everything was for him not for me!" he coninued "And I really wanted to kill him and I still do,one दिन I attacked him my and his father came to save him and he lifted his paw up and gave me this scar on my left eye then he wanted to hit me again but my mum came to rescue me and we both were hurt me and my brother, Rafici couldn't heal me but he could heal my brother and from then on my happy days were over and I told everyone to call me Scar" he told her,Zira felt really sorry for him and then she told him the story about her and her mum.Then she went to the water hole and had a drink,after she had a drink she went back to Scar and asked him if she could stay with him and he replied "Do what आप want" and went away to look at the stars his father told him that all the great king of the past are whaching them from these stars.And imidietly she fell in प्यार with him.Zira waited and waited but Scar didn't come back and she fell aslep.He came back the following morning.


years have passed and she became an adult.
He learned her everything she needed to know,he was like a father to her.Always when she went out hunting she always cought him some thing.But one दिन when Scar was very very hungry she went out and she was unsucsesfull Scar was very ungry at her and he said"Go out get some खाना and don't come back until you've caught something!" Scar कहा angrily.And she went off but this time she did catch something for him and herself.

One दिन Zira anouncced to Scar that she will soon have a cub,he and her were happy because they really missed their familyds but Scar didn't miss his brother atall.When the cub was born they named it Nuka and soon Zira had a different cub and they named it Vitani.And they heard that Mufasa had a cub too and he was called Simba and Scar wanted to kill him even और him and the young cub.Once he had an evil plan to kill them both,and the अगला दिन the plan was complete his brother was dead and Simba was chased off.Then he became king of the Pridelands and he made Zira his qween.Zira was very happy to be qween of the Pridelands.Soon she had a different cub named Kovu,Scar chose Kovu to be king after him,Zira was very happy about her son being the futre king.But Simba came back to fight for his kingdom and he killed Scar,but Zira didn't notice anything because she was out hunting,when she came back an saw Scar dead she was very very ungry at Simba.


She stayed on the Pridelands with her three cubs until one दिन Simba chased her of to tho Outlands not only her he also chased of every lion that obeyd Scar.Zira didn't like it in the Outlands but she didn't forget what Scar told her once"Make Kovu king of Priderock" and she promised she will


TO BE CONTINUED
paige10967, DragonWolf17 and 4 others like this
AllegroGiocoso Good story about Zira. I liked the idea about how Scar saved Zira in the beginning, it definitely explains her absolute loyalty to him. However, I have a question. Wouldn't Vitani be born around the same time as Kiara considering that she was a cub in the beginning of the movie?
ola9 yes
Okami_Amaterasu It'd a good story, it was enjoyable.
ola9 Thankyou 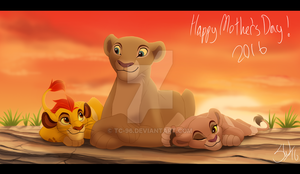 2
A दिन with Mom
added by purplevampire
Source: TC-96 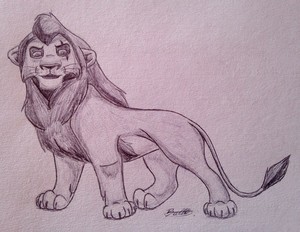 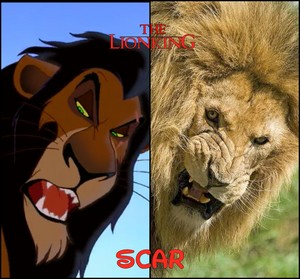 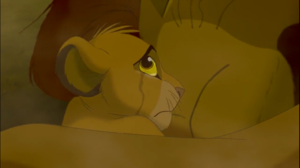 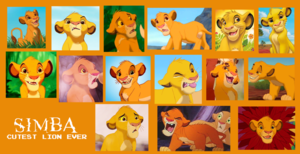 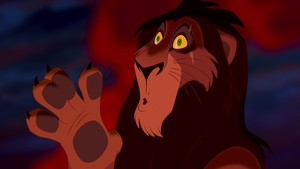 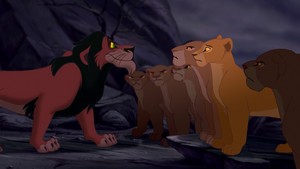 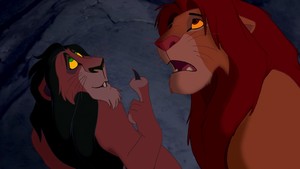 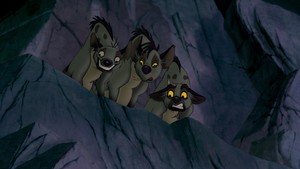 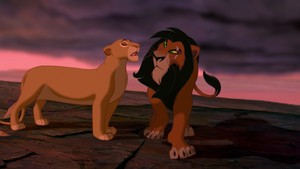