53
Behind the song, a सूची of Taylor's Story behind some of her songs
posted by Annaoth

Tim McGraw (Taylor तत्पर, तेज, स्विफ्ट & Liz Rose) - "This song means so much to me, that's why we wanted it to be the first track on the album. The idea for this song came to me in math class. I just started गाना to myself `When आप think Tim McGraw.' The concept for this song hit me, because I was dating a guy who moved away, and it was going to be over for us. So I started thinking of things that I knew would remind him of me. The first thing that came to mind was that my प्रिय song is द्वारा Tim McGraw. After school, I went downtown, sat down at the piano, and wrote this with Liz Rose in fifteen...
continue reading...
1
Taylor तत्पर, तेज, स्विफ्ट “Clean” lyrics
posted by rahulshingtee 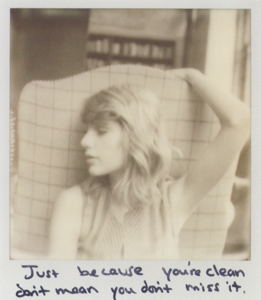 
The drought was the very worst
When the फूल that we'd grown together died of thirst
It was months, and months of back and forth
You're still all over me like I wine-stained dress I can't wear anymore
On my head, as I लॉस्ट the war, and the sky turn black like a perfect storm

Rain came pouring down when I was drowning
That's when I could finally breathe
And that morning, gone was any trace of you, I think I am finally clean

Also tell me why आप think it's better, if आप don't like either then explain why don't just leave hateful comments.

Courtesy of MCT Campus
When Taylor Swift, a wild-haired country darling, released her first album in 2006 titled ‘Taylor Swift,’ listeners everywhere were instantly hooked on her sound. But now, all of her songs seem to be written specifically to her ex-boyfriends.

“Picture to Burn” was an instant success and when तत्पर, तेज, स्विफ्ट sang “go and tell your फ्रेंड्स that I’m obsessive...
continue reading...
9
Bloody Paradise
posted by CoOkiiMo


Chapter 1
“Wow it still gives me the chills seeing this house, Miss Rozette as आप can see the outside structure may not be much, but what आप are looking to see is that the inside may still in order as your aunt left it.”
“You haven’t seen for yourself?”
My aunt’s lawyer stared at me uneasily. Looking at him, for a small blonde geeky looking man, he wasn’t handsome, but surely not unattractive. He seemed too timid for his job विवरण as a lawyer, but the way he spoke on the phone while handling business was totally different.
“Well miss it was just so sudden,...
continue reading...
4
Taylor Drops the F- Bomb On Harry Styles
posted by superDivya 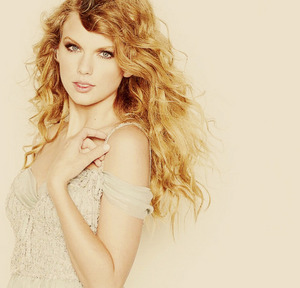 Los Angeles: गाना sensation Taylor तत्पर, तेज, स्विफ्ट dissed One Direction’s तारा, स्टार and former boyfriend Harry Styles, at the 2013 एमटीवी Video संगीत Awards.
When Styles and his One Direction bandmates presented an award onstage, Swift, who was sitting with Selena Gomez, was filmed mouthing “shut the f*** up!” in the audience, reported Us magazine.
Swift, 23, previously mocked Styles द्वारा speaking in a British accent during her ‘We Are Never Ever Getting Back Together’ performance at the Grammy Awards in February 2013.
Later in the evening, the entertainer won big for her ‘I Knew आप Were Trouble’ hit, which was reportedly inspired द्वारा her विभाजित करें, विभक्त करें with Jake Gyllenhaal.
“Thank you. Wow. I want to thank the प्रशंसकों because I tweeted about this a lot, I really really wanted this. I also want to thank the person that inspired this song, and he knows exactly who he is, because I got one of these!,” she कहा in her acceptance speech. 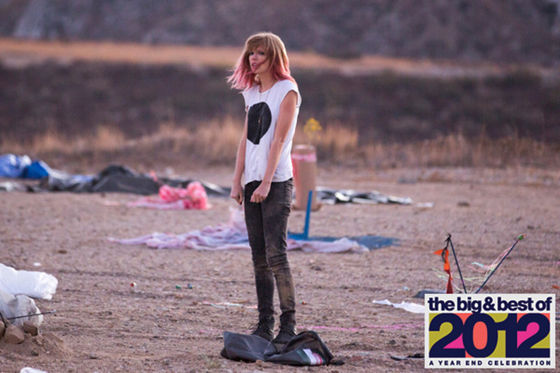 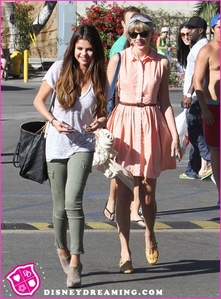 Uh oh. It looks like Taylor तत्पर, तेज, स्विफ्ट couldn’t put her anger toward Justin Bieber aside for her BFF Selena Gomez as she did not attend any of Selena’s 21st birthday parties in order to avoid Justin! We know Taylor can’t stand Justin, and she doesn’t like Justin and Selena as a couple, and Selena knows it to. However, Selena thought that Taylor could get over her feelings for a week in order to celebrate her big दिन with her, but that was not the case.

According to sources, Selena is not mad at Taylor and understands her decision to avoid her parties and her on-again boyfriend. Selena and Taylor have already made plans to celebrate together in the coming weeks.

If आप were Selena would आप be upset that Taylor didn’t come to any of your parties because of Justin?
1
Taylor तत्पर, तेज, स्विफ्ट and Taylor Lautner reunite at awards
posted by tdacrazy6 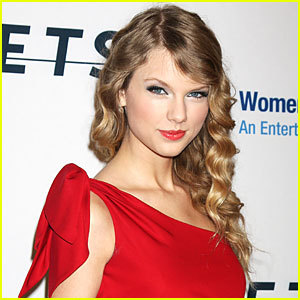 Exes Taylor तत्पर, तेज, स्विफ्ट and Taylor Lautner reunited at the Teen Choice Awards. The pair dated for three months in 2009, after meeting on the set of Valentine's दिन where they played high school sweethearts. They विभाजित करें, विभक्त करें in the December after they had deciding that they were 'better as friends' a स्रोत told Us Weekly at the time when they had broken up. Which inspired the song, Back to December. But the country singer and the Twilight तारा, स्टार were spotted siting अगला to each other at the awards in विश्वविद्यालय City, California, where an onlooker कहा they were enjoying each other's company. They sat अगला to each other during the ceremony, a member of the audience said. They had also कहा that the two were laughing and having nonstop fun with each other.
2
Taylor तत्पर, तेज, स्विफ्ट Stretched And Cut In Half द्वारा Magician In Premiere Of New Illusion
posted by suki_k

In early 2012, magician and illusion designer Franz Harary presented the début of a new version of the Standing Sawing, which he christened "Slice-Her", in a special performance in Los Angeles, attended द्वारा both magicians and the media. The illusion uses a framework very similar in appearance to that used for the Assistant's Revenge illusion, except that the upper and lower stocks used to restrain the assistant's neck, wrists and ankles are open-fronted, and the waist stock is wider and designed to accept a pair of divider blades.

प्यार Story-The song
5
Should We Be Scared Of KatyCat Taylor?
posted by zikkiforever
Katy admitted some scary stuff recently. So,Taylor should we be scared of KatyCat?We know Katy and Tay are quite tight, Katy embraces her weirdness and who wouldn't want a reminder of meeting Taylor Swift?So,is Katy an obsessed प्रशंसक of T-Swift and Miley?Or a celebrity stalker?

Katy Perry gave a प्रशंसक an unexpected answer when they posed a relatively simple सवाल at her Prism album launch yesterday, admitting that she once kept locks of hair from her फ्रेंड्स Taylor तत्पर, तेज, स्विफ्ट and Miley Cyrus while at the Grammy Awards....
continue reading...
1
Boyfriends who let a bond
posted by SeleGirl
Boyfriend woes gave Taylor तत्पर, तेज, स्विफ्ट and Selena Gomez an issue to bond over – and it just happened to be a pair of brothers who caused the problem.

Taylor and Selena were both heartbroken after a विभाजित करें, विभक्त करें with two of the Jonas Brothers.

The ‘We Are Never Ever Getting Back Together’ singer – who just recently विभाजित करें, विभक्त करें with Conor Kennedy – has revealed she and Selena initially became best फ्रेंड्स in 2008 after splitting from their then boyfriends Joe and Nick Jonas from ‘The Jonas Brothers’.

Taylor तत्पर, तेज, स्विफ्ट told CityTV in Canada: ”One of our early on friendship bonding moments was a couple years...
continue reading...
2
Confirmations on who songs in Speak Now are about!
posted by bubbles4u22

Everybody knows द्वारा now that the riveting "Dear John," on Taylor Swift's new album, Speak Now, is about John Mayer. But did आप know there's also one other song on the album we can now say with certainty is also about Mayer? .

The सेकंड Mayer number of which we speak, "The Story of Us," is the song everybody thought was about Joe Jonas. Which is not to be confused with the one that really is about Joe Jonas, "Last Kiss." या the numbers about Taylor Lautner या Owl City's Adam Young..

A lot of these little confusions and mysteries are cleared up द्वारा the lyric booklet for Speak Now. As usual, Swift...
continue reading...
3
Taylor तत्पर, तेज, स्विफ्ट “You Are In Love” lyrics
posted by rahulshingtee 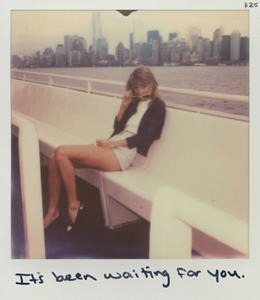 One look, dark room
Men just for you
Time moved too fast
You played it back
Buttons on a coat
Light hearted joke
No proof not much
But आप saw enough
Small talk, he drives
Coffee at midnight, polite reflects
The chain on your neck
He says look up
And your shoulders brush
No proof, one touch
You felt enough

Morning, his place
Burnt toast, Sunday
You keep his shirt
He keeps his word
And for once आप let go
Of your fears and your ghosts
One step, not...
continue reading...
5
All Taylor तत्पर, तेज, स्विफ्ट Songs (alphabetical)
posted by Piyal 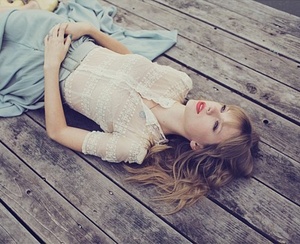 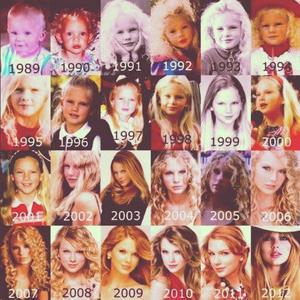 Taylor Alison तत्पर, तेज, स्विफ्ट was born on December 13, 1989 in पढ़ना Pennsylvania to Scott and Andrea Swift. Taylor was named after James Taylor, her mother believed that if she had a gender neutral it would help her forge a business career. Taylor spent most of her childhood on an 11 acre क्रिस्मस पेड़ farm in Montgomery County, Pennsylvania. When Taylor was nine years old, the family moved to Wyomissing, Pennsylvania, where she attended West पढ़ना Elementary Center and Wyomissing Area Junior/Senior High School. Taylor spent her summers at her parent's vacation घर at the Jersey Shore. Swift's...
continue reading...
6
Taylor Swift's new songs aim to throw light on last विभाजित करें, विभक्त करें
posted by liza12354 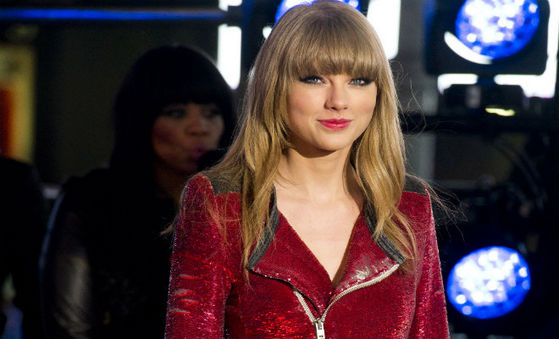 For penning the tracks, Taylor तत्पर, तेज, स्विफ्ट is heading back to Nashville, Tennessee. (AP Photo)


Singer Taylor तत्पर, तेज, स्विफ्ट wants to set the record straight about her प्यार life in her new songs.

The 23-year-old country singer is back in the studio लेखन new tracks about her romances, reported Contactmusic.

"When I'm लेखन songs, it's the only opportunity for my प्रशंसकों to hear what really happened. I'm in control of my life! I think it needs to change. My फ्रेंड्स tease me about the fact that if someone seems bad या shady या like they have a secret, I find them incredibly interesting. 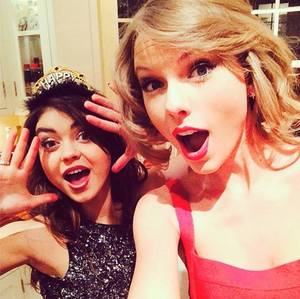 Taylor first revealed she was cutting her hair on Feb. 11 via an Instagram video and the results were amazing! We know the real reason why she decided to chop it all off — find out below!
Taylor Swift, 24, sat in a chair smiling while almost 30 फ्रेंड्स and family watched her cut her hair backstage after a लंडन संगीत कार्यक्रम on Feb. 11. Her haircut has been very well received but why did she do it? We’re spilling on her thought process below! 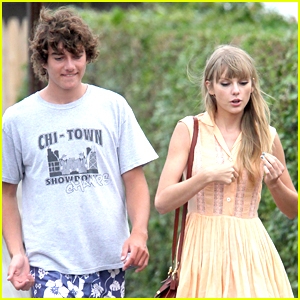 हटाइए along, people, from the Robert Pattinson escapade, there's not much और to see here. Please direct your eyes to the अगला big celebrity romance to watch, that of country singer Taylor तत्पर, तेज, स्विफ्ट and Conor Kennedy, grandson of the late Robert F. Kennedy. Things are starting to get pretty interesting with these two for a couple reasons. First, some woman in the world is dating a Kennedy, and any time that happens, there will be drama, usually the bad kind. Secondly, it's a little creepy. A 22-year-old mega-superstar dating an 18-year-old who is still in boarding school. Ew? And thirdly ... it...
continue reading...
2
Taylor तत्पर, तेज, स्विफ्ट Stupid Boy Lyrics
posted by kenzichu
Let me know how's it feel
To be under my skin
Wrapped around my दिल
Is it like anywhere you've been?
And everything I do I do it all for आप

I have been, Looking in
Tryin to read your mind
Give आप the benefit of the doubt
Every single time
But didn't आप waltz right द्वारा
I screamin' out inside