While tails was creating a 6th grade dimension to get to the pokemon world sonic started to lock all windows and doors "you seem to make a lot of trouble so I am keeping आप inside" as he locked the door. "Mew!" It replied. Sonic thought for a सेकंड an then कहा "I think आप are called mew. It's all आप say" mew did a fighue 8 loop from happiness. "Tails are आप done yet!?" " Yep. आप may want to see me open it so we can get rid of it" sonic got there in a millisecond, holding on to mew. "Give me mew and I'll open it up!" Sonic gave mew to tails and he opened up the portal. "Here आप go. Go back to your world" कहा tails as he let mew though the portal.

(Warning no और dimension warps आप just have to figure it out)
It turned out that the portal was right अगला to the party and everyone saw mew "wow" कहा misty "is that a pokemon on the other side" asked cilan. "There is only one way to find out as ash held his pokeball over his head

"What's he doing?" sonic comented on the boy and that ball of some sort. They saw him through the pokeball through the portal. It went spinning around until it hit sonic in the crouch (no capturing the heroes) "owwww god that hurts why did आप do that!!!" Sonic went on with his rant, rolling on the floor with tails trying to tell him something. When sonic stopped tails कहा "1. They can't here आप आप have to use this and 2. This ball made the portal unstable and it is going to explode on the group!" "Give me that" snatching the microphone out of this hand. He went and talked to the pokemon trainers about everything ash had done and they had to run...

Meanwhile... Team rocket were spying on the trainers about to attack when they saw them run. Jessie and James bought an arsenal of troops. "What are they running fro.." James voice was cut short to the explosion and thing were about to get crazy.

The explosion vaporised everything exept everyone else who got sucked into the portal into sonic dimension. Not the same but then everything went black.

Sonic and tails were watching as some of his stuff went into the portal when sonic finally कहा "I think they got away." But he was wrong. Soon everyone from pokemon (exept team rocket) at the party was in the lab "what the" both of them yelled out. They had problem to fix.

All done I hope आप enjoy and like the rest.
divamax likes this
divamax Good work bro! <3 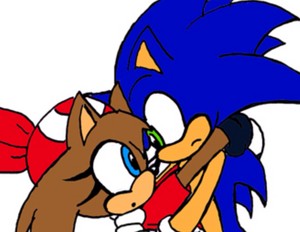 A grew days later...
"Sonic I think it's from a dimension 6 away from us!" As tails rushed upstairs to sonics room "great but how are we gonna get there?" Asked sonic "this mew is causing trouble!" " द्वारा using the portal theory remember it's just like travelling to our anti world!" "When will it get done?" "ASAP. Sonic आप go find mew while I get this ready" but sonic was away from him he was going to get it now the quicker the better hoping for it to not use surf.

May and ash we're...
continue reading... 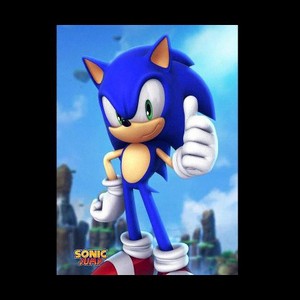 sorry i don't have any pics with may...yet
added by divamax
Source: sonic jump

सॉनिक द हेजहॉग
added by divamax
Source: sonic jump
2
SonMay a pokemon crossover with sonic part 1
posted by sonicx2
Pre story: first प्रशंसक fiction don't judge! I don't own sonic या Pokemon
Story:
"Your gonna have to do better than that egghead" sonic says dodging missiles from eggmans robot "ARRRG I'll get आप with this lazer powered द्वारा this" shouts eggman holding up a creature (Mew). Sonic stares at the creature 'what is it? Where did that come from?' Sonic questioned in his mind but he did know he to rescue it. "Not today!" Sonic says 'BANG CRASH BOING' sonic spin dashed the leg and it toppled over freeing the mew " follow me we can get to your home" he tells mew with a smile. He took him to tails' laboratory......
continue reading...
2
SonMay Part 2
posted by sonicx2
Sorry for the delay. I've been keeping up with school. It'll end soon! I don't own sonic या pokemon

Pokemon world
His birthday was coming around the corner he had to get out the invitations. So he rung May for help " हे May my birthday is coming and I need your help." "Sure I'll be turning 18 in a few months soo help me back." It like nothing could go wrong.