The ages for the main characters throughout the Dragonball, Z, GT series. Ages are divided up द्वारा series, then saga, then character. Because of the training in the Hyperbolic Time Chamber, some characters aged several years और than everyone else in certain sagas. Some characters, also didn't age at all because they were dead. The reason characters like Baba and Roshi were able to live to long was because they drank from something called "The फव्वारा of Youth", which prevented them from any kind of natural death. Puar (a Cat) and Oolong (a Pig) are able to live very old, but...
continue reading...
2
DBZ Trivia part 3
posted by lloyd2
Deaths and Life Transitions

As a child, Monkey D. Luffy dreamed of becoming the King of the Pirates. But his life changed when he accidentally gained the power to stretch like rubber...at the cost of never being able to swim again! Now Luffy, with the help of a motley collection of pirate wannabes, is setting off in खोजिए of the "One Piece," कहा to be the greatest treasure in the world...

Showdown at Alubarna When leaving Rainbase to head off the rebels in the capital city of Alubarna, Luffy gets pulled aside द्वारा मगरमच्छ for some cozy one-on-one time! With only three मिनटों to fight, can Luffy take on the sand pirate on his domain?! The rest of the crew must help Vivi stop the rebels, but the formidable Officer Agents have been waiting for them at the city gates! Will Vivi be in time to stop the inevitable clash between the rebels and the Army?!

These are really acurate estimations of the power levels throughout Dbz. These are based on the manga, so there are no readings for the Garlic Jr. Saga, या any other filler, and definitely no OVER 9000! it's actually 8000. 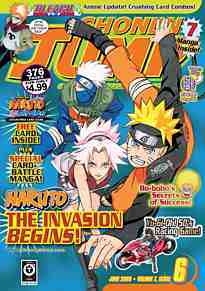 The Invasion Begins
Destruction!
The brutal onslaught on Konohagakure continues. Pain unleashes an attack so devastating it's going to change Konoha forever! Plus, in the world of नारूटो cards, we’ve got an action-packed mini-manga about the card game featuring a battle between नारूटो and Kakashi!

Bo-bobo’s B-B-Blasting Off!
The man, the myth, the afro… Bo-bobo is shifting gears and taking his special brand of super silly antics to the realm of मांगा volumes! See him off द्वारा checking out the brain-busting feature "Real Life Lessons from the Hair Kingdom!" 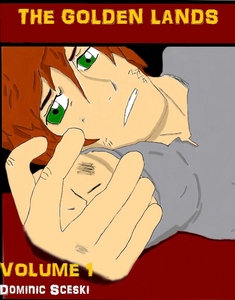 Copyright 2015 Dominic Sceski
I प्यार मांगा and ऐनीमे but I possess no skill when it comes to drawing XD. However, लेखन is something that I'm considered to be pretty good at. What do आप guys think of the prologue to this fantasy/anime book that I recently self published?

“He” has always existed.

Or at least that’s what the stories say. I’ve never found “him” in all my childhood years. I’m not so sure if I believe in “him” anymore.
In a small house near the edge of a wood, looking out into a grassy plain, lives a humble family; me, my sister, and my brother, both of which are younger than me. We have...
continue reading...
1
Shonen Jump Sneak Peak (December 2010)
posted by lloyd2

In Naruto, a war forces the villages into an uneasy alliance! Plus, here are just a few highlights of what you'll find in the best मांगा magazine out there!
Free नारूटो CCG promo card आप voted on!
Nura: Rise of the Yokai Clan ऐनीमे mega-section!
For आप प्रशंसक artists, see the winners of the annual Cover Contest!
Final series पूर्व दर्शन of Genkaku Picasso!
And remember, अगला महीना SJ will be totally new!

Also featuring a look into some new dragonball video games.
I पोस्टेड the news in the DBZ spot check it out.
link 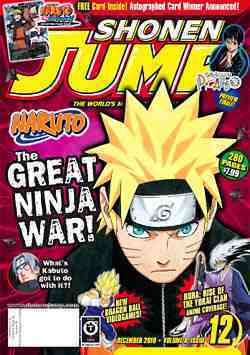 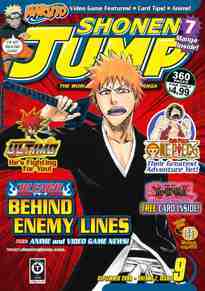 Beyond Enemy Lines
Ichigo Goes All Out!
Ichigo, Chad and Uryû press on through Aizen's stronghold in their mission to rescue Orihime in Bleach. Plus, we've got some crucial combat tips for the newest Bleach video game for the DS!

Naruto Unbound!
After watching Pain tear through his friends, नारूटो has दिया in to the power of the Nine-Tailed लोमड़ी, फॉक्स Demon! Six tails have sprouted, and a new form has been unleashed!

Adventure on the High Seas!
Hold on to your straw hat because the crew of One Piece is preparing for a journey to the ends of the earth — and beyond! "Exotic" doesn't begin to describe...
continue reading...
You Might Also Like... 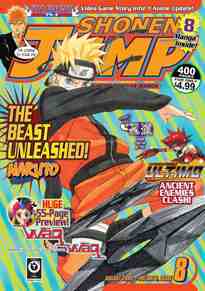 he Beast Unleashed!
The Battle Continues!
With Konoha destroyed and the Leaf ninja on the ropes, Naruto's fighting Pain with everything he's got! We also have a special feature that looks into a pivotal moment in Kakashi's past! Plus, we've got the scoop on a brand-spanking-new नारूटो game for the PSP!

Sneak Preview!
Machines rule the wastelands. People spend their lives in self-contained villages that shield them from the harsh desert. Entities known as Guardians armed with special, adaptable combat सूट्स are the protectors of life. Come experience the mysterious world of Wāqwāq!

Over 100 million years B.C.
Earliest Kai is thought to exist.

Tens of thousands of years B.C.
Annin begins her service of protecting the Furnace of...
continue reading...
1
नारूटो volume 44
posted by lloyd2 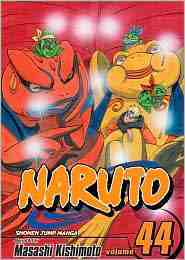 In the village of Konohagakure, ninja reign supreme, and school is literally a battlefield. Naruto, Sasuke and Sakura are teenage classmates and ninja-in-training working together (sort of) toward a common goal: to become the greatest ninja in the land!

Available Now!
Senjutsu Heir नारूटो must decipher the cryptic last words of his beloved mentor. What did Jiraiya find out about the leader of the आकात्सुकि that was so important he had to hide it in code? And can नारूटो stand a fighting chance against those who managed to take down one of the Three Great Shinobi? NOTE: Limited Edition Stickers inside + Cover art from Vol. 32-35. First print run only.
1
Bleach volume 26
posted by lloyd2 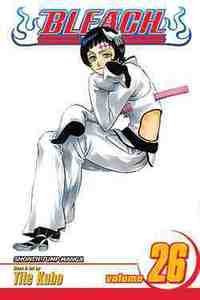 Ichigo Kurosaki has always been able to see ghosts, but this ability doesn't change his life nearly as much as his close encounter with Rukia Kuchiki, a Soul Reaper and member of the mysterious Soul Society. While fighting a Hollow, an evil spirit that preys on humans who display psychic energy, Rukia attempts to lend Ichigo some of her powers so that he can save his family, but much to her surprise, Ichigo absorbs every last drop of her energy. Now a full-fledged Soul Reaper himself, Ichigo quickly learns that the world he inhabits is one full of dangerous spirits, and along with Rukia, who...
continue reading...
1
This Months Shonen Jump (April 2010)
posted by lloyd2 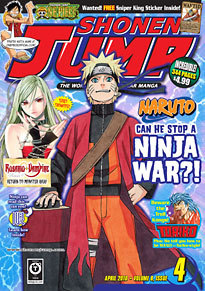 Cover Cohorts
नारूटो shares our cover this महीना with our Showcase star: Rosario! Check out Rosario+Vampire: Season II, a sequel series with all-new सूपरनॅचुरल school stories in this month's issue!

Sasuke Gets Angry!
Naruto's former teammate, former best pal, former enemy… Well, आप get the idea! Who knows what's going on with Sasuke these days? Well, for starters, he's going all out द्वारा taking on whichever Kage will have him! What'll be next?

Bleach: Luckily for Renji the cavalry has arrived, but his opponent Szayelaporro has a trick या two up his sleeve.

One Piece: A mysterious stranger comes across a poisoned Luffy, but will he have the cure for Magellan's venom?!

Toriko: आप won't believe what Toriko has to tackle now that the gator is gone!

Ultimo: First Yamato's mom got weird, now his best friend’s conspiring with the Dôji Jealousy? What’s going on?!
3
This months shonen jump (May)
posted by lloyd2 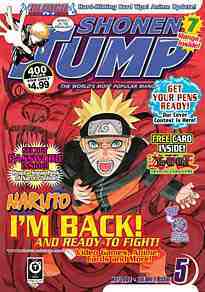 The almighty Pain has descended upon Konoha in Naruto. Despite being severely outnumbered, Pain is not only holding his own, he’s mowing down the village’s defenses with ease. Could this be the end of Konohagakure? And just what the heck is नारूटो doing during all this?!