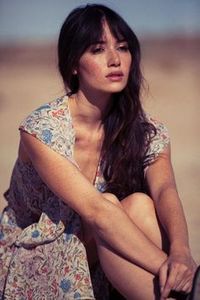 Sara Malakul Lane was born on 1 February 1983 in Guam, to an English father, Alastair Lane, and a Thai mother, Thapthim Malakul na Ayudhaya. She grew up in Asia and now lives in Los Angeles.
She is a Thai-English model and actress who has appeared in a number of films over the past few years, most notably Jailbait and Sharktopus.
Her अभिनय career at the age of 12 and began modelling at 14. She acted in various Thai soap operas before moving to America. Her first role in a Hollywood film was playing Steven Seagal’s daughter in the 2003 film Belly of the Beast. She then starred in Sharktopus with Eric Roberts in 2010 and alongside Roberts and Peter Stormare in The Wayshower in 2011. Since then she has starred in a number of films for The Asylum, including 12/12/12, 100 Degrees Below Zero and Jailbait.
Some facts about her. Her nick name is Sara, SML.
Her sun sign is aquarius. Her height is 172 cm. Her hair color is brown, her eye color is brown. Her sexual orientation is straight.
Mortenarz likes this
More Cards
1234567891011