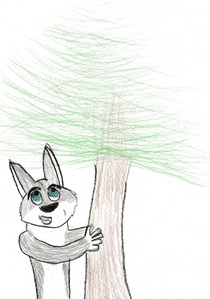 "Eva!"
This is the same fanfiction as The Penguins of Madagascar: द्वारा Me, I have renamed it to a better name. Also, this scene is the North Wind's backstory! Yay!

At that same time, on चोटी, शीर्ष if the world, there seemed to be a similar thing going on. Well, not really that similar, but there where four other baby animals. One of the great differences is that they weren't recognized as chicks. These little guys where known as pups, cubs, and owlets.

Along this other फ्रोज़न टुंड्रा, tundra ran a longer variety of animals. भेड़िया and polar bears prowled the land, while owls and hawks roamed the sky. Seals and whales swam the water, while caribou and reindeer ran the snowy meadows.

There was one little भेड़िया in particular. He stood out much from the others, with his large head and nose. Morning was approaching, but in the Arctic at that time, the sun never really set. Regardless, the little wolf's pack was still in a deep slumber. Except for that little भेड़िया pup.

He was woken up from a drop of snow that landed in his large nose. The pup jumped up from his sleeping stance, and sneezed. He was silent for a few सेकंड्स before looking around at the others. They where still sound asleep, and the sun was climbing higher in the sky. The pup deduced they wouldn't be up for a while. That, of course, was a good thing. He had something he wanted to do.

Slowly and gingerly jumping around the rest of the wolves, he made his way to the outer edge of the pile. Finally, he made it there, then quickly ran into a clearing of trees. He hid behind a tree, then looking back to make sure he wouldn't be missed, he jumped up onto only two legs. Then he began to make his way through the first, walking around (like a person) and jumping behind trees.

Finally, he got to the certain tree, trademarked द्वारा its small size around the rest. The pup put his paws up on the bark of the evergreen पेड़ and looked up, smiling.

"Eva!" the pup hollered, then backed up from the tree, still looking up.

Several सेकंड्स later, a little owlet bust from the tree, and fluttered down to the भेड़िया pup. She hovered with her white wings about eye level of the wolf.

"Awful!" The pup, Classidy cried. He suddenly grabbed Eva out if the air in a warm, fuzzy hug. "They won't stop making fun of me!!" he sobbed.

As Eva struggled to get out if the tight hug, she patted his back with her wing. "Don't worry, they'll stop soon." She got out of Classidy's grip and dropped on the ground gracefully, and stood up again. "Just as long as आप दिखाना them what a big, tough भेड़िया आप are!" She gave him a fake पंच in the leg. "Hurrah!"

Classidy fell down on his face first into the shallow snow in another sob. Eva took a quick step back as he unexpectedly fell, then ran right back up to comfort her friend. "It's okay..." she soothed him, petting his arm.

Classidy looked up at Eva, his tiny muzzle slightly covered in snow, and cries out loudly in her face: "I'M RUINED!!!!"
Eva looked shocked as his voice and breath ruffled her head feathers, they now went sideways.

Meanwhile, a little ways away, a group of seals swam in the water. They were all cute and fluffy and smiled, hoping around on the ice and in the water.

But, just like the भेड़िया pack, there seemed to be a little outcast if the group. Very little, much smaller than the rest of the seals. Even the rest of the baby seals. This little सील, मुहर was extra tiny and fluffy.

"No, it's boring!" the tiny सील, मुहर yelled at the others. He continued to play with the snow and ice, shaping it into cool shapes with his flippers. He made a sphere, a cube, and he tried to make an octagon, but his flippers were useless for that.

After having his fun with the snow and ice, the little सील, मुहर was bored. He didn't want to swim, but he couldn't wander away from the group, in fear of being attacked द्वारा a polar भालू या wolf. But, of course, the little सील, मुहर wasn't too afraid of his enemies. After all, आप can't really be afraid of something आप have never seen. So, he began to hop away from the water.

The baby सील, मुहर smiled as he hopped along in the snow. Then he heard a shout behind him. "POLAR BEAR!"
The सील, मुहर knew that the shout was from one of the other seals. He turned his head as he heard the splashes of other seals hopping into the water. And a big, fluffy white thing running towards him.

His first thought was Cool, a polar भालू , but then he thought Oh, no, a polar bear!

The little सील, मुहर tried to hop away as quickly as he could, which really wasn't too fast. Then, he felt himself being picked up, and-

Hugged? The polar भालू was hugging him. Well, it was a polar भालू cub.

"So fluffy!" the cub cooed, squeezing the baby seal. The सील, मुहर attempted to escape.

"Stop hugging me! Aren't आप suppose to eat me या something?" the सील, मुहर exclaimed. So the polar भालू set him down.

"Yuck, eat seal. I would never eat seal." the polar भालू said. "I just wanted to see how fluffy one was."

"Good idea, आप scared everyone away."

"Not that I would want to," the सील, मुहर looked back at where the others seals where before, "BULLIES!" he shouted.

"What are आप called?"

Corporal raised an eyebrow. "Can I call आप Short... Short something..."

The polar भालू droned on about possible names for the little seal. Finally, the सील, मुहर insisted that Corporal just called him 'Short'.

Over in the woods nearby, Classidy and Eva where still talking. Classidy worried about the rest of the भेड़िया pack, they weren't nice, या orderly. There was no way that he would fit in there. Classidy was a भेड़िया of perfection, everything had to be perfectly planned, unlike the rest of the pack. They just did बिना सोचे समझे shenanigans, barely accomplishing anything.

Eva was very sympathetic to her friend's pleas. She knew about being the only seemingly smart one. Eva would know, she was wiser than the wisest owls. But not just wise in common sense, but in intelligence. She knew that the sun rose and set, but she also knew why and how.

Meanwhile, the rest of the birds would dub the sun as "A large ball of hot stuff too high in the sky to fly to".

Classidy was also very insulted द्वारा his downright girly name. Eva didn't have a problem with it, but it was a big thing for him. All the rest of the भेड़िया in the pack called him a sissy and weak. Which, Classidy was the exact opposite of.

"If I even make it to a higher ranking in the pack, no one would ever listen to me!" Classidy exclaimed, leaning on one of the trees, as Eva perched on one of the branches.

"Well, I would say आप would need to दिखाना some strength. Since most of the others in your pack value strength और than smarts, which I am against, but that would help. Maybe-" Eva replied, but was cut short when they heard a siren begin to blare. Instantly, Eva flew up to the चोटी, शीर्ष of the पेड़ as fast as a bullet, looked around and zoomed back down. "More people. Coming from the mountain."

Classidy sighed. "Another easy to put-out आग started in the snow?"

Back with Corporal and Short, they heard the siren blare. Short winced. "What's that!?"

"People. That's people in trouble. They're fine." Corporal replied. He didn't like interfering with people.

"Can we go help them?!" Short exclaimed. The सील, मुहर was a सील, मुहर of action, and he liked to do just that. He began to quickly hop towards the thin strip of forest, that led up to the mountain.

Corporal sighed. He didn't like people. They weren't cute या cuddly. They ran from him in fright, for some reason.

"Come, Corporal! Let's go help them!" Short shouted back. "I'm not too good at walking, if आप realize! I have no legs!"

But the loyal भालू couldn't refuse a request. He ran up behind Short, scooped him up in his muscular arms, and ran towards the mountain at a triangular angle to the forest.

Near around the other way, Classidy and Eva ran/flew quickly at a triangular length to the forest in attempt to get to the forest.

Then, the two teams collided.

Dun, dun, dun! To be continued!
mouseandowl likes this 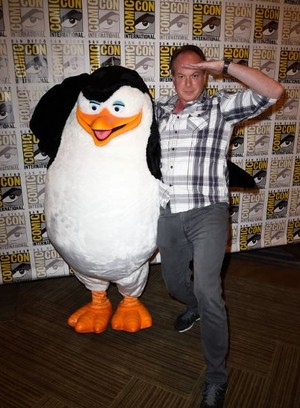 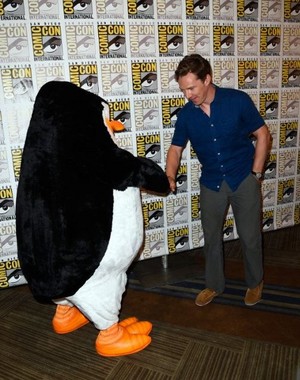 3
Benedict Cumberbatch and Skipper getting along
added by peacebaby7
Source: IMDb 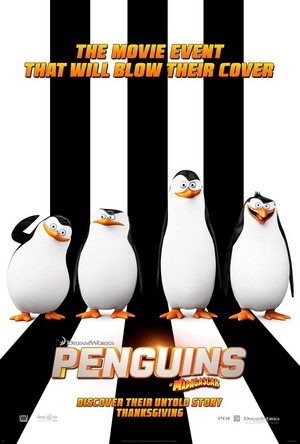 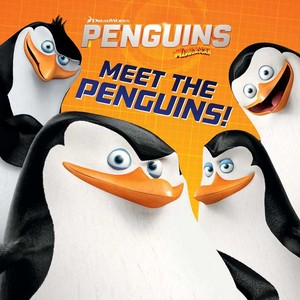 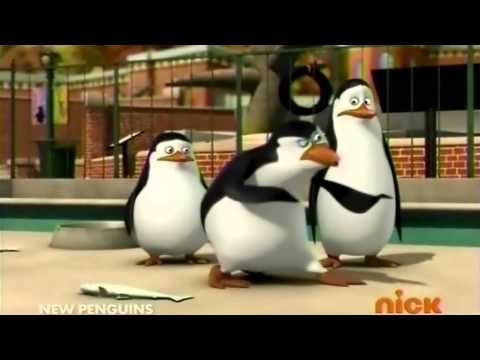 2
Looking आगे to some of these C:
added by sarah12499
Can't wait for these movies: Penguins, Phineas and ferb, minions, avengers 2, anything smurf, and many MANY और :D
video
पेंग्विन्स ऑफ मॅडगास्कर
skipper
kowalski
rico
private
फिल्में 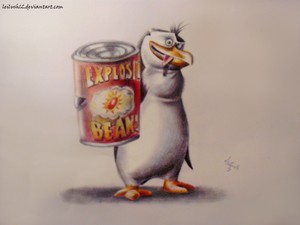 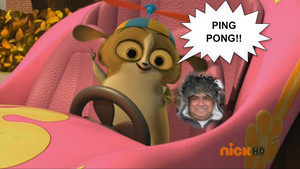 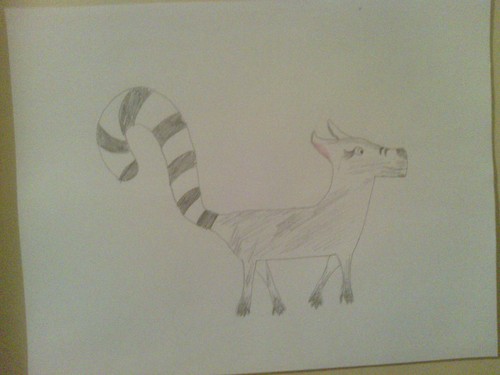 1
Palm
added by Number1SkippFan
Source: I drew it 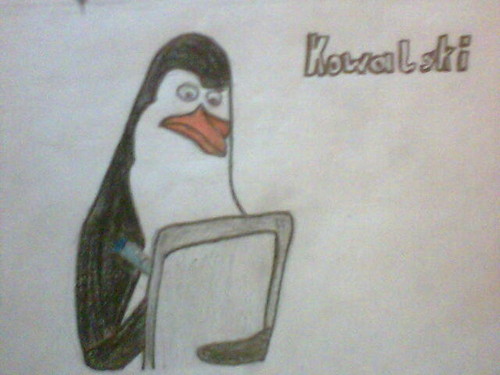 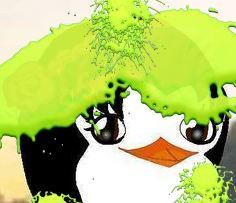 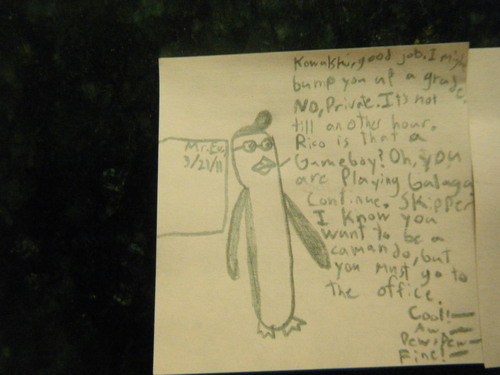 The Penguins in school,the teacher's response(last pic)
added by AgentJazzy00
Source: Me!!!!! I drew it :D 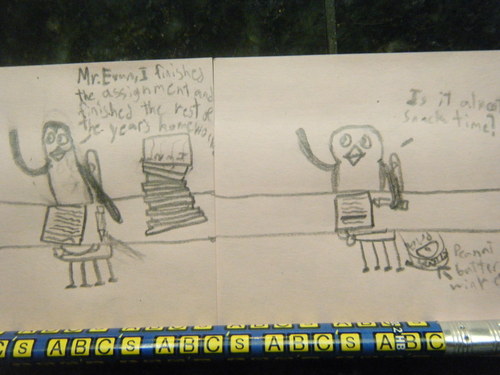 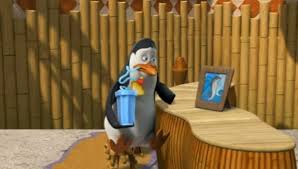 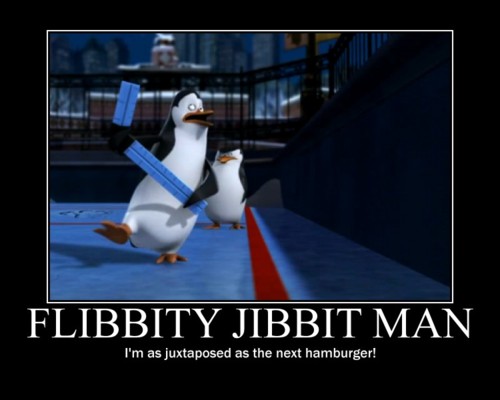 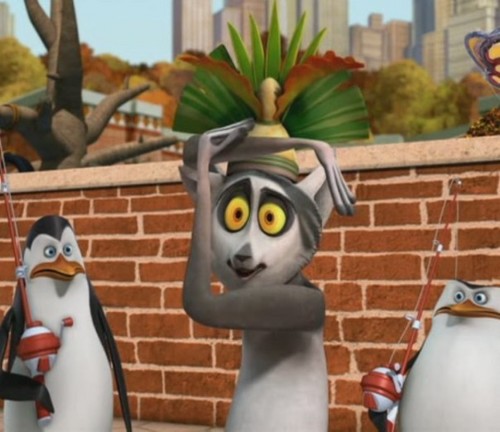 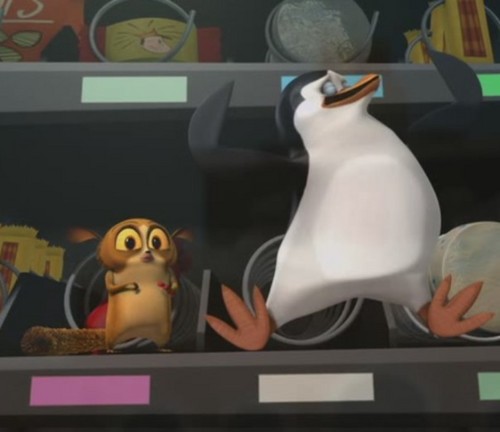 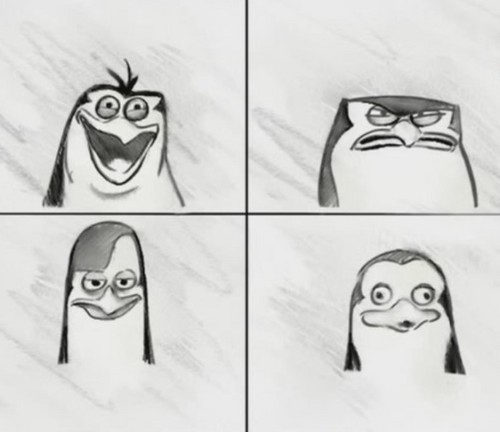