Zayn Malik:The time traveler:Article 13
posted by GabriellaAdams
"Hey,What's the room number?Is she alright?"Courtney asked me through the phone,She sounded very worried.
"Um yea,She's alright."
I had told her Anna pasted out...which was a lie..
I looked to see,that Mr.Tom was लेखन again as he laid in his bed.
"Who's that?"he wrote in pencil.
I didn't answer him,I just continued talking.
"The room numbers 106."
"okay,that right there."
Shortly after she appeared and opened the door.She froze,losing every expression in her mind.She looked absolutely thoughtless.She just stared at me and balled her fist,as tears ran down her face ruining her makeup.Suddenly all rage broke out,She kicked the दीवार and punched the window.She cracked it,and yelled in pain,She grabbed me and punched me with her bloody hand and threw me against the wall.Anna yelled trying to get her off of me.She pulled my कमीज, शर्ट ripping it,she yelled at me.
"You stupid fucking bastard!!Im going to kill you!"she spitted in my face.She then ran to grab the gas tank that was keeping him alive.
"Don't!!"I yelled.
Doctors swarmed the room.
"Mam,You need to calm down!"yelled a nurse.
They kept their distant because a life was on the line.She held on to a tube that transported oxygen to Mr.Tom.
"Why not!??!?This fucking नितंब, गधा hole ruined my life!!"she yelled.
Silence rang the room,People stood in silence unknowing what to do.Then I heard a voice..
"Because he's our dad.."I looked back to see Matthew entering the room."He may have not been the best,but don't आप remember?"
She looked at him.
"All I remember is pain."
"But behind that,Remember he may have made many mistakes,but he still cared.He always कहा he was sorry at the end of the day,he'd always hold us and tuck us in,He would read us a story and say i प्यार you,no matter how bad that दिन was.
And this,right now,is the end of the day."
He walked closer to her.
"He didn't mean to take it out on us."he told her.
She started to cry again,he walked over and hugged her.
She let go of the tube.
"Daddy's Lil girl?"He wrote.
She looked at him,and smiled with a nodd.
"Well,Daddy's going to miss you..."He took his last breath.

"May he rest in peace."A pastor said.
We stood out side,next to Mr.Toms grave.I stood द्वारा my family.
Courtney cried as she watched them bury the casket.
I walked away,and thought about him.
I guess it's just life,I thought.
All life comes to an end but there will be a happy ending.
1
प्यार at FIRST SIGHT..... INFO
posted by aanikamerchant 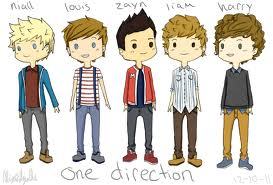 {AUTHORS NOTE: हे guys this is aaliya khan. this ia my first लेख so i need टिप्पणियाँ togo on vth the first chapter. plz plz plz टिप्पणी दे if u like it }

here the basic info of the story

AALIYA- she doesn't have any parent she's been bought up द्वारा her grandmom.she doesn't प्यार publicity.she has a good sense of fashion.aaliya has blue eyes.that too sky blue. she works at a cafe to earn money

TIFFANY- she has her both...
continue reading...
1
और Than This Chapter 2
posted by DiamondYJ
Tori's POV:

I stretched in the plane. Only a few moments until we would be landing. I looked at Nikki and she smiled at me. "We get to meet the boys soon!" she exclaimed. I nodded and smiled, gazing out my window. "Please fasten your सीट belts, we will begin our landing now." echoes the pilot's voice from the P.A. system.

Nikki squeezed my hand as I fastened the सीट belt. "Are आप ready to meet them?" she asked me. I smiled, still slightly annoyed at her over enthusiam. "Nikki, आप do know they are normal people right?" Nikki stared at me. "Of course, silly!" She whipped open her compact and...
continue reading...
1
आप Make My Life Worth Living: Introduction
posted by BrittanyBieber3
Jaylie's POV

Moving. A साल पूर्व I would have simply refused to. But that was before...
It's all because of my jackass boyfriend(well, ex-boyfriend now), Blake.

~Flashback~
I was sitting in my room tweeting when my phone buzzed. It was a message from Blake. Oh, how I प्यार Blake so much!, I thought. We've been dating for two months. And these are the best two months I've ever had.
Conversation:
Blake-hey, Honey Suckle ;)
Me-heyyy wat's up?
Blake-just thinking about u  and how I'm missing u so much <3
Me-awww u know u just saw me when u picked me up from school...
continue reading...
1
वन डायरेक्शन
posted by natalie6246
हे guys!! I just want to say what I think about one direction..........I प्यार THEM!!! I know now that all of आप haters are going to come and hate but why did आप शामिल होइए this प्रशंसक club if आप a hater??? Well haters are going to hate. I'm not trying to say anything bad about haters but I hate it when they शामिल होइए प्रशंसक क्लब्स about people they hate and they start raining on someones parade!!!(no offense) Whateves I was only trying to get my opinion out there. Please write your opinion on this लेख if आप like it please be a प्रशंसक of it आप know give it a thumbs up. I gotta go bye!!
2
Because of a Child-Chapter Two
posted by ros59
Zayn's POV

I had been staring off into space,thinking of what this girl and her फ्रेंड्स could look like,when I was brought back to reality द्वारा the giggling of a little girl. I turned to see a girl,around the age of four,with long brown hair and bright brown eyes, running toward me and the others. But then I caught sight of the beauty chasing her,and my thoughts went elsewhere. The little girl and the woman looked alike,and I was suddenly jealous of the man who had fathered this girl's daughter. The girl was beautiful,and in my opinion not at all old enough to have a four साल old daughter. She...
continue reading...
1
One Thing
posted by ChantalAllstar
[Liam]
I've tried playing it cool
But when I'm looking at you
I can’t ever be brave
'Cause आप make my दिल race

[Harry]
Shot me out of the sky
You're my kryptonite
आप keep making me weak
Yeah, फ्रोज़न and can't breathe

[Niall]
Now I'm climbing the walls
But आप don't notice...
continue reading...
2
how to pull louis in 5 mins!!
posted by lois4
We live in a cruel world where the chances of most of us getting to spend और than a few mere मिनटों with One Direction are about as strong as the chances of Lindsay Lohan changing her name to Tits McGee (although she is the type who’d do most things for some cash).

Handily then, Louis Tomlinson has revealed to We प्यार Pop magazine how he can be won over in five minutes.
“Prove that you’re fun,” he told them.

“Have a laugh and आप need to laugh at my jokes – but don’t make yourself too available.

“[The last girl I gave my number to] looked good, but it wasn’t actually that. She wasn’t like ‘Oooh you’re famous!’ "
“She was dead cool, so that’s why I asked for her number.”

Got that? Don’t acknowledge that he’s famous, have loads of fun but in a non-enthusiastic and uber cool way, but don’t forget to laugh at his jokes. 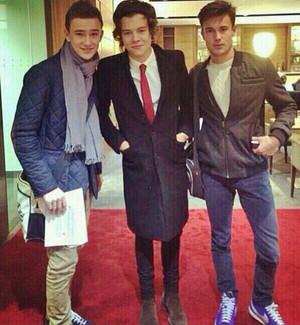 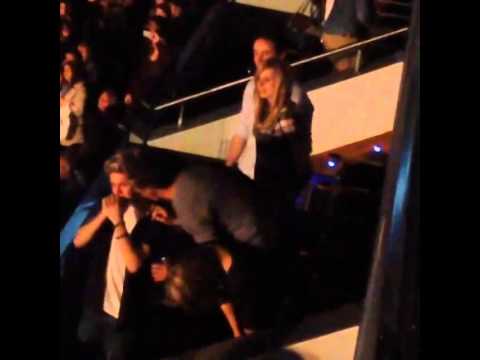 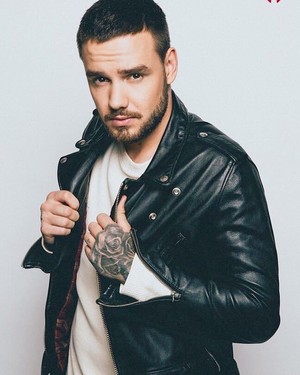 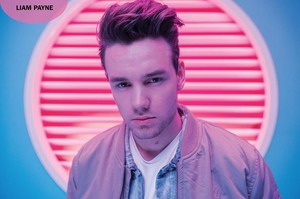 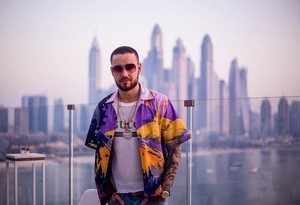 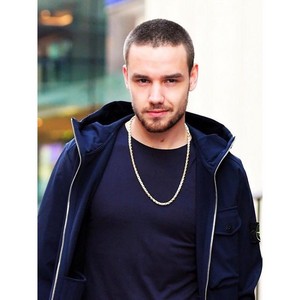 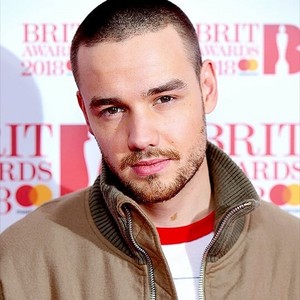 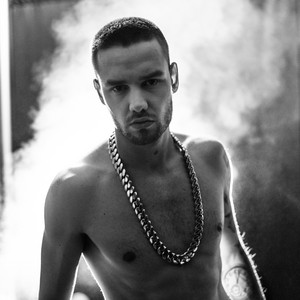 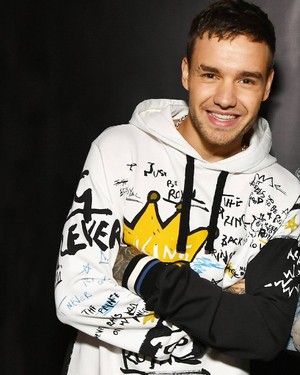 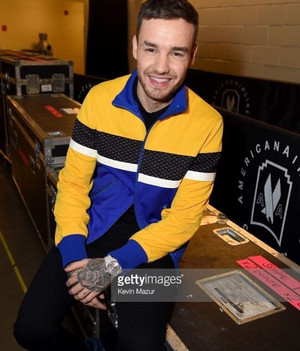 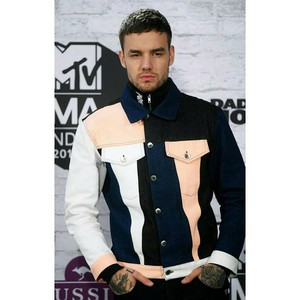 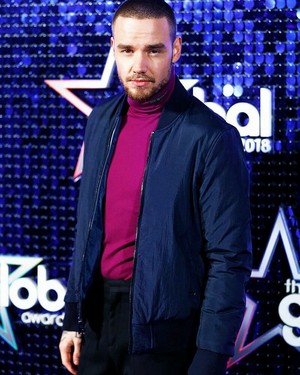