1. Regina as the Evil क्वीन during her big bad rein: 8/10
I gave her 8 out of 10 because she was pretty evil, no kidding. She slaughtered villages, ripped out hearts, tore families apart and trapped people in her गढ़, महल who had done nothing wrong. But now, she obviously isn't like that. The 8/10 was purely based on what she USED to be like.
2. Cora during the first part of season 2 as the main villain: 9/10
I gave Cora 9/10 because she was definitely evil. Her and the Regina I just described above, weren't so different. Cora slaughtered villages, killed innocent people, ripped out hearts etc. The main goal for her was getting to Storybrooke to see her daughter again, so we didn't see her killing much people (bringing some back to life, even :P) but she did kill poor Johanna (I laughed, sorry) and kidnapped Archie.
3. Rumpel (not Gold) in his dark one faze: 9/10
Him and Cora are pretty much the same in how evil they are. At their most evil points they both had a similar goal: seeing their children again. He killed innocent people, ripped out hearts, separated families just like Cora and Regina, so that's why I gave him 9/10. No kidding, he was psycho.
4. Zelena where she is now: 7/10
So far she doesn't seem as evil as most of the villains on the show. We haven't seen her tearing out hearts, या killing innocent people yet. She might, no doubt, but still we haven't seen that so far. She is a bit..well, weird, in the sense that she wants someone else's baby and will probably try to steal it eventually.
5. Peter Pan during his bad reputation in season 3: 10/10
This guy was और psychotic than anyone. Mainly because he didn't have a reason for stealing children from their homes, when he only wanted one specific boy. Maybe he was lonely and needed sidekicks but it's still a bit weird. He swapped bodies with someone just to stay young, which is also quite weird. He has the most evil stare, I actually got scared द्वारा it!

Note: I don't think Regina is evil anymore, obviously, unless she's around Zelena and goes all Evil क्वीन on her ass. I can't टिप्पणी दे on Rumple in the present दिन because he isn't in my चोटी, शीर्ष 5. Only Rumple, the dark one, in FL.
XxLalasaysxX likes this
Alchemistlover I agree with this mostly and yeah Pan was scary but I love Robbie Kay so he didn't scare me as much as he probably should have for the first few episodes he was in but yeah total psycho.
Evilregal14 I've got him listed on my powerpoint as a "fruit loop" lol ;P
Alchemistlover Lol why?
Evilregal14 Because he is a fruit loop. In a sense.
gemzybabyox I agree with most of this but i think zelena is really evil she may not have killed people but she is very twisted she took away everyones memories, she's locked up rumple and technically she killed neal because she told him about the seal and everything if it wasnt for that talking candle they would have hopefully found another way to get him back plus she wants people to be alive just to play with them like puppet on a string thats how powerful her magic is; I think she is evil she makes me angry she needs to be put down a peg or two lol sorry that is just my thought on her...
Evilregal14 So far she doesn't seem as evil as the other 4 on there; since we've seen more of them being evil. We haven't seen enough of her for me to give her more than a 7. Maybe by the end of the season it will be an 8/9.
Diamond_Queen I agree with all of this except that I personally think Cora is a bit more evil than Rumpel haha. Pan is the biggest psycho by far! xD I also think that Zelena is not as evil (she's just wicked lol). Seriously, I think she's not as bad as the rest got. More messed up and crazy than evil. I agree with a 7/10 :)
Evilregal14 That's just because Rumple is your favorite, lol ;P I think they're exactly the same on evil levels.
Diamond_Queen ^Maybe;) hahaha, although I love evilness, my two faves are villains after all lol
Evilregal14 I can't have more than 3 villains in my top 10 :P I only have Regina and Cora, both in my top 5, and that's it.
Diamond_Queen In my top 10 I have Gina, Rumpel, Hook, Cora and I think Zelena has made its way up to it too... so 5 villains haha:)
Evilregal14 I'm a bit OCD haha! I can't have more than 1 villain in my top 3, and no more than 3 in my top 10 altogether. ;P
Diamond_Queen Hahaha xD So, it's like a rule? I fell you, I can be very obsessive lol Well, don't worry, you still have an empty villain space in your top 10 then, in case you need it for a "rainy day" ;)
Evilregal14 Yep, it's a rule haha! xD And no, I have no more room for a rainy day unfortunately! :( My top 10 is filled, and I'm not moving anyone :P
XxLalasaysxX I totally agree with you about what you said with all of these characters. Regina has definitely loosened up since the first season. but like you said only if she's around Zelena she is definitely all out the Evil Queen. Or if the people of storybrooke make her angry she is also going to turn into the Evil Queen for a quick minute or so. like in "Witch hunt" (3x13) when they automatically accused her of summoning the curse the second time. 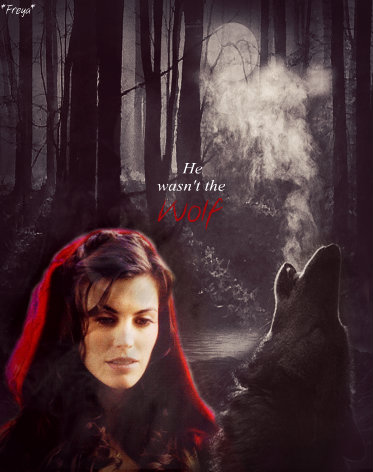 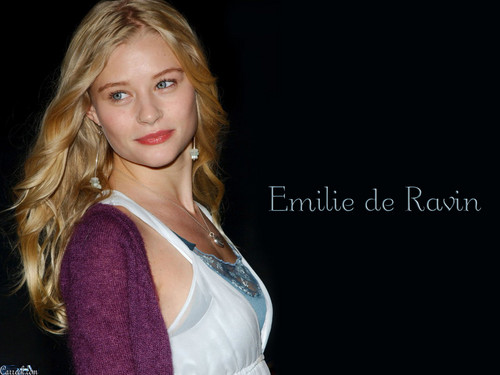 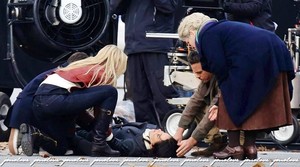 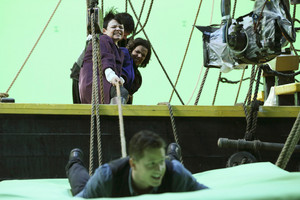 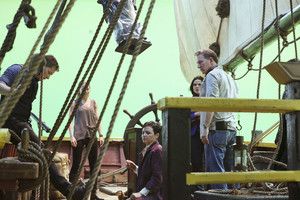 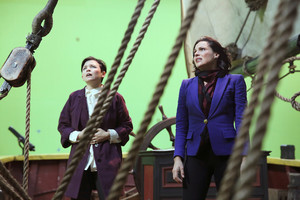 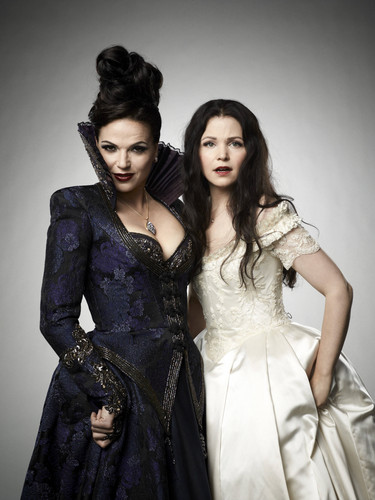 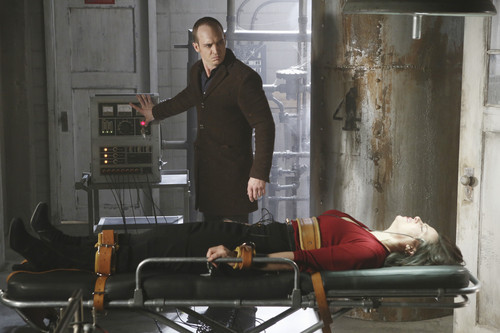 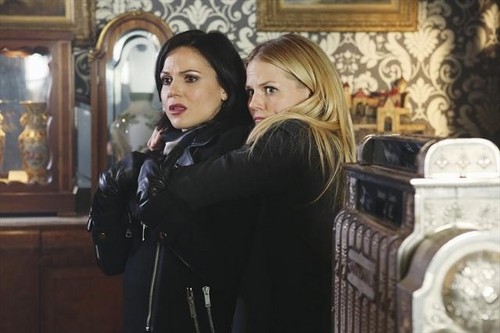 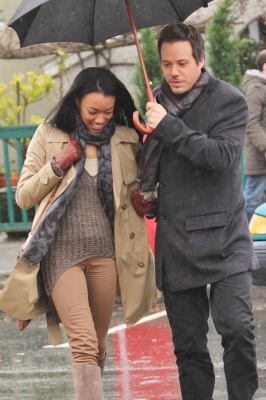 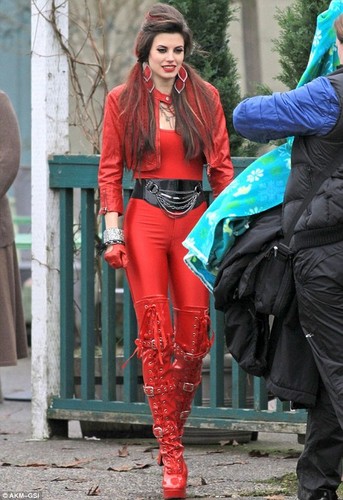 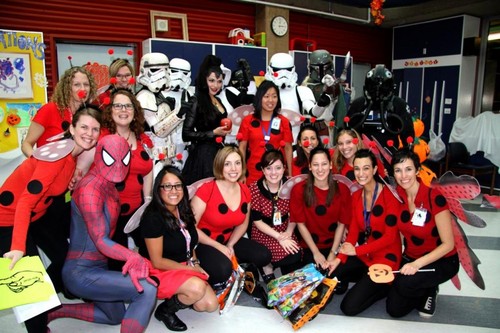 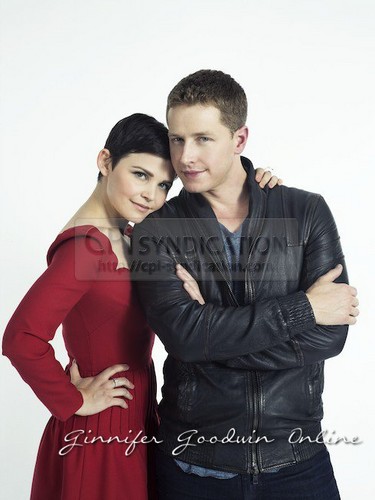 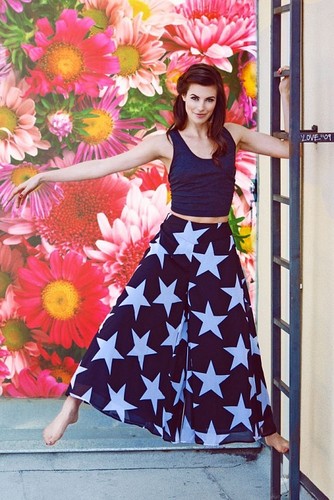 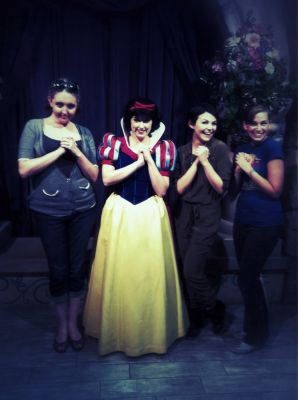 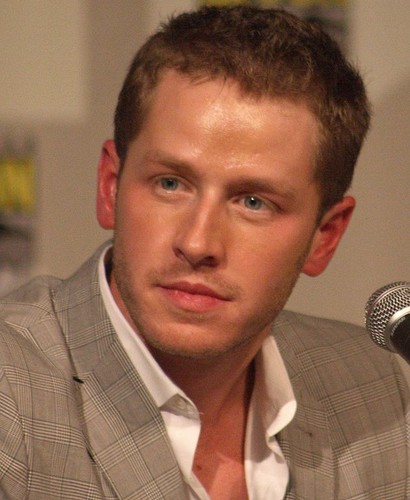 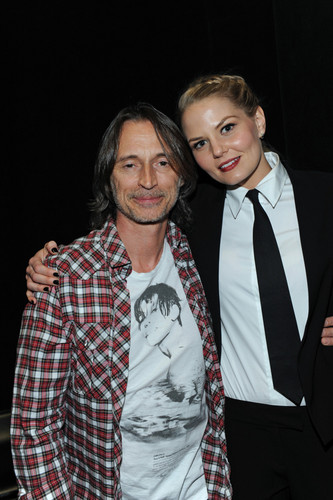 6
Jennifer Morrison and Robert Carlyle
added by Charmed_Luver
Source: ~ taken from the livestream site
2
Opinion on Dark Hollow: An लेख in two parts.
posted by minervadawn
I know this is late but I've been really busy this week and I wanted to get it in before the new episode.

Before I start I'm going to make a perdition. I predict that the first part of this लेख will be very लोकप्रिय the सेकंड part not so much. 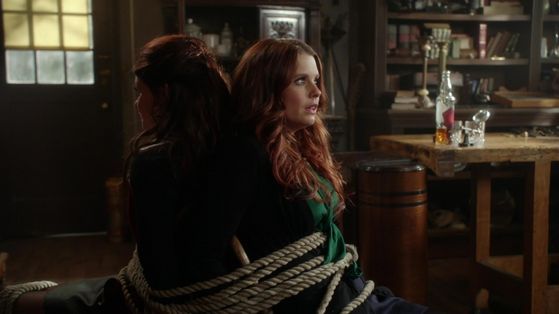 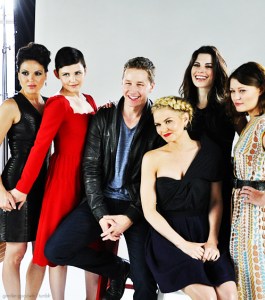