Master Sword: Come on Tom, let's go meet the others.
Tom: Right behind you.
Double Scoop: *Standing on सड़क, स्ट्रीट corner*
Aina: *Runs out of her house*
Sunny: Hey, wait for me. *Flying in the middle of the street*
Saten Twist: *Polishing his chain saw, but stops to go meet the others*
Pleiades: *Arrives at corner*
Mortomis: *Standing अगला to Double Scoop*
Tom: और ponies!!
Snow Wonder: *Arrives in a brand new Corvette*
Cosmic Rainbow: *Flies from the clouds*
Heartsong: *Climbs out of a manhole*
Annie: *Arrives on a bicycle*
Blaze: *Flies out of a house window, and lands अगला to Tom*
Sophie Shimmer: *Gets off of a slow moving bus*
Astrel Sky: *Appears out of nowhere with magic*
All: We live together on the block!
Audience: *Clapping*
Announcer: Okay, stop the song! We need to keep this thing rolling.
Audience: *Laughing*

Later, Double Scoop, and Sunny were ready to race each other on hoof.

Double Scoop: Before we race, it's time to use an overused rock & roll song from the 70's.
Audience: *Laughing*

Double Scoop, and Sunny were standing right अगला to each other behind the starting line.

As they began to turn left, Double Scoop passed Sunny.

As Double Scoop starting going on the सेकंड left turn, he decided to sing the song.

Double Scoop was running on a treadmill while a green screen showed a bunch of pictures in the background.

The green screen falls down.

Stephanie stopped her train in the yards when she saw Mirage, and Jeff with a few other ponies.

Stephanie: *Gets out of engine* Hi guys.
Mirage: We're going to miss आप Stephanie.
Stylo: It was fun working with you.
Metal Gloss: Especially with that one train आप two worked on with that baseball landing on one of your cars.
Stylo: Oh shut up.
Stephanie: *Laughs*
Hawkeye: *Walks into the yards* Hey, listen up. I just got back from Pete's office, and he's saying that two engineers on our railway died in a...
continue reading...
1
Ponies On The Rails Episode 76 Part 3
posted by Seanthehedgehog
Date: August 11, 1958
Location: Laramie, Wyoming
Time: 9:27 AM
Railroad: Union Pacific

The baseball players told their coach about the ball landing on a train, and how they weren't able to catch it on time.

Coach: Okay, I don't have enough room in my station wagon for all of you, so let's call somepony to help us. 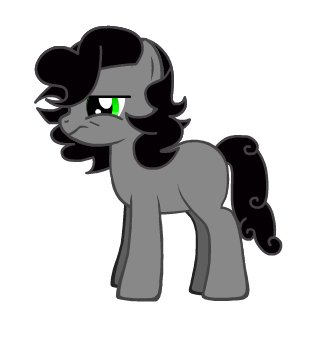 This is Catie. She is the baseball coach's ex-wife


Catie: *Hears her phone ringing, and picks it up, speaking in Russian* Privet? (Hello?)
Coach: Catie, it's me.
Catie: Oh great. What do आप want?
Coach: I need आप to come down here, and help us out.
Catie: What?
Coach: I said...
continue reading...
1
Ponies On The Rails Episode 75 Part 3
posted by Seanthehedgehog
Date: August 8, 1958
Location: Cheyenne, Wyoming
Time: 5:02 PM
Railroad: Union Pacific

After the party ended, Stephanie was working with Mirage. They were driving a freight train back to Cheyenne from Denver.

Mirage: I thought आप did splendid. What did आप think?
Stephanie: I think I did good too. That was a pretty good run we had. *Slows down as the train goes into the yard*
Mirage: Now it's very important to stop right अगला to the tower there.
Stephanie: *Stops train अगला to tower*
Mirage: Fantastic.
Stephanie: Why do we have to stop अगला to the tower?
Mirage: That way, we get as close as we...
continue reading...
1
Ponies On The Rails Episode 75 Part 2
posted by Seanthehedgehog
Date: August 7, 1958
Location: San Franciscolt, Alicornia
Time: 9:51 AM
Railroad: Southern Pacific

Ryan was being assigned to repair track at a station where both trains of the Southern Pacific, and the Santa Ne went. He often saw Stephanie there, but today she wanted to talk to Ryan.

Ryan: *Hammering in spike* There we go. Good as new.
Stephanie: *Walks over to Ryan*
Ryan: *Sees Stephanie* Oh, hey. It's been a while since I've seen you.
Stephanie: *Looks sad* Yeah.
Ryan: Is there something wrong?
Stephanie: Everypony has been so kind to me ever since I started working on this railway, but every...
continue reading...
1
Ponies On The Rails Episode 75 Part 1
posted by Seanthehedgehog
Theme song >>>> link

Episode 75: Enjoy Your Visit
Date: August 7, 1958...
continue reading...
1
Saten Twist Adventures. Episode 10.. PART 4
posted by Canada24
Scootaloo: Whatever they decide AppleBloom. We're here for you.
SB: Yeah, even if it changes things forever and ever.
Scootaloo: Yeah. Because either way. We've been though worse.

CUTAWAY (spoof towards my OWN story):
Spike: Wait, are आप drunk.
Ditto: (drunk) I've been out he-(hiccup)-re for a WHile.. Who here thinks I can kick my own ass!?
SB: (raises hoof into the air, as to vote for a "yes").
Ditto: (gags).
Scoot: Are आप gonna be sick mister?
Ditto: Yes. I need to. B But then I'll be back.. T To tell y'all my plans.. (runs off).
(PLEASE STAND द्वारा SCREEN).
Ditto: (flies into view, but still holding...
continue reading...
1
Saten Twist Adventures 8... Part 3
posted by Canada24
The girls left into the forest.
Discord: So.. Guess there gone.
Saten; Yeah.. I can do anything I want. *takes out the weed bong again*
Discord: Umm.. I don't think they were stopping आप from taking that.
Saten: Yeah. But they were stopping me from robbing आप bu- screw it. Give me your wallet!
Discord: Excuse me!?
Saten: आप heard me I कहा (points knife) GIVE ME YOUR WALLET!
Discord: *nervously hands it over*
Saten: *takes it*.. This wallet sucks.. आप have bad stuff.


Twi: That was close.
AppleJack: *sighs* A little too close, if आप ask me. आप sure you're all right?
Twi: I'm fine. I just can't seem...
continue reading...
2
The Best Of बनाया गया, एपलजैक, मौजमस्ती
posted by Seanthehedgehog
Two fanfictions that I wrote starring Applejack. The first one is Wings

बनाया गया, एपलजैक, मौजमस्ती gets a lot of work, and some ponies annoy her. One of them is Derpy, but AJ gets a chance to make fun of Derpy.

With a beautiful theme song, and several gunfights, what's not to love? शामिल होइए Applejack, and her cousin Braeburn as they fight the Film Flam brothers for Braeburn's orchard in this wild west style fanfiction.

Enjoy these fanfictions, and make sure to read और fanfictions द्वारा me, Seanthehedgehog. The leader in fanfictions.
2
Feelings of the Past: The Magic of Friendship
posted by alinah_09 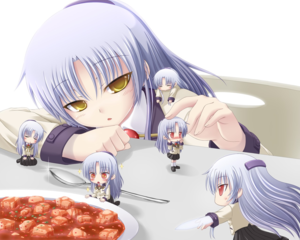 ...back then i felt terrible...the feeling of being alone into this world was painful...going through everyday of my life with the same routine as always: waking up,going to school,eating alone at lunch time,going घर alone...it was always the same...i do not have what आप call 'friends' it was always me and my family,that's why i'd rather stay at घर than at school...why do i have to go there anyway? i mean,if God's only going to make me feel even और miserable द्वारा making me see all my classmates make friends,happy and all that,then i shouldn't have gone...
continue reading... 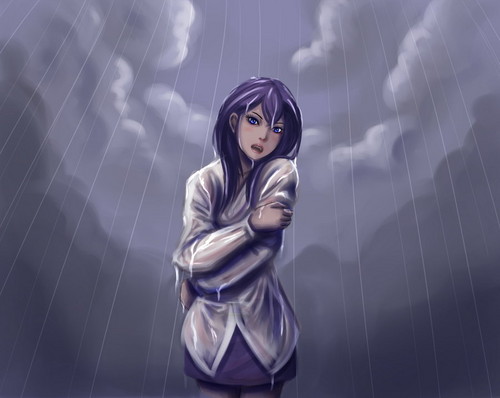 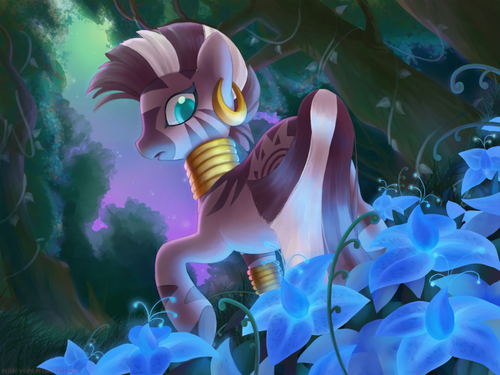 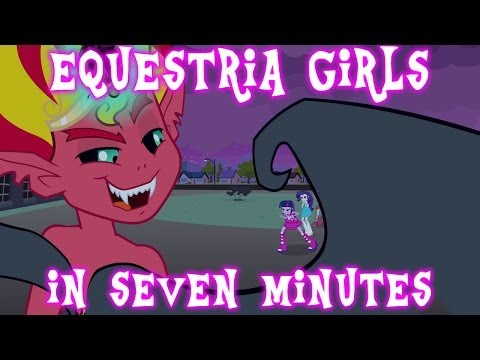 Equestria Girls in Seven मिनटों
added by Seanthehedgehog
Once upon a time, Twilight Sparkle became a human. The End
video
my
magic
friendship
इंद्रधनुष dash
is
fluttershy
my little टट्टू
माइ लिट्ल पोनी फ्रेंडशिप ईज़ मॅजिक
1
Sweet सेब Massicure spoof: PART 11
posted by Canada24
I thought I would have और ideas to add to this story, but turns out... I don't.

So, yeah, this chapter is marely an Arthur note saying that the story is now over..

Dead streets are red, red I'm afried.
No confetti, no parade.
Nothing happens in this boring place.
But oh my god, how that all did change.
Now they all prey.
Blood, stains, wash away." 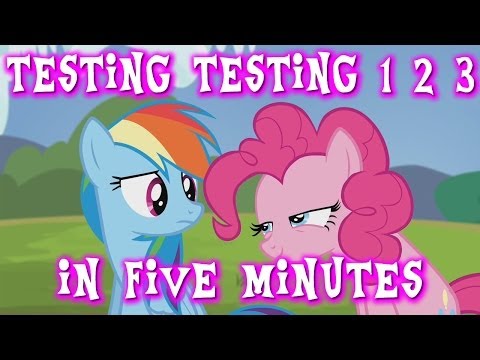 Awesome टट्टू pics
added by NocturnalMirage
Source: EQD, joyreactor
Sweet सेब Massucure spoof, part 6
posted by Canada24
A few days passed, and Twilight, unaware of Big Mac's murderous rampage, knocked on his door.
Big Mac: (sharpening a machete on one of those wheel things, I don't know the name). (the chorus of Bottled Up Inside is heard playing, and he is seen wearing AppleJack's hat as if it was ALWAYS his).
Twi: (knocks louder)
Big Mac: (hears it this time, turns off the song and opens the door).. Hey. Hey. Twilight.. Looking hot.
Twi: I.. Don't know how to take that.
Big Mac: Why don't आप come inside so I can rap- I mean, nice weature were having!?
Twi: Well.. Putting aside the creepy thing आप just finished...
continue reading...
On The Block Episode 11 Part 6
posted by Seanthehedgehog
Princess Celestia

Starring Celestia, Luna, Twilight, and Derpy as theirselves
Blaze as Jonathan (For this skit, he's bald.)
Cosmic इंद्रधनुष as Chrysler (For this skit, he has a mustache.)
Mortomis as Bryan
Saten Twist as Timothy
Double Scoop as Skeletor
Master Sword as Harry
Sophie Shimmer as Alexis
Astrel Sky as Jenny

Celestia was in her office when suddenly.. 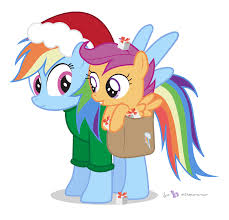 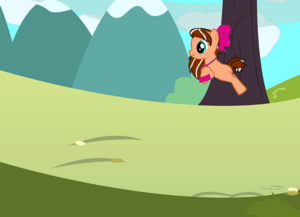