Fun and Fancy Free - A Review
posted by deltabannermen
A डिज़्नी Tale: Jiminy Cricket introduces two tales - Bongo the भालू (a slightly disturbing tale of प्यार in the भालू community) and Mickey and the Beanstalk (a डिज़्नी version of the well-known fairytale).

डिज़्नी Hero: With two 'films' in this package feature we have two main heroes. First up is Bongo. Bongo is a circus भालू who runs away to the forest and meets the प्यार of his life. Bongo never speaks in his film. He is dressed in a jacket, bow tie and hat and runs the full gamut of emotions. In the सेकंड film, we have three 'heroes' - Mickey, Donald and Goofy who all fulfill the role of Jack in this version of Jack and the Beanstalk.

डिज़्नी Heroine: In Bongo, the titular भालू falls in प्यार with Lulubelle, a female भालू from the forest. She forms part of a प्यार त्रिकोण, त्रिभुज with another bear, Lumpjaw. She is also instrumental in an aspect of this film which I found rather uncomfortable to watch - the slapping courtship. In Doctor Who there was some minor furore surrounding the slapping instigated द्वारा the main characters - the Doctor, Rory and Amy. There were cries of domestic abuse in the way Rory was being slapped and how if the roles were reversed (i.e. Rory slapped Amy) there would be a huge outcry. To be honest, the tone of those scenes never really made me worry about what the slapping was implying about the relationships of the characters - although maybe I should have been. On the other hand, I felt very uncomfortable watching the bears of Bongo slapping each other to दिखाना that they fancied them. Maybe it is because I was watching this with my two young children.
In a parallel to the Doctor Who example, it is Lulubelle who first slaps Bongo. Bongo misinterprets the slap as Lulubelle not liking him (understandably) and it isn't till the end of the film that he realises what she actually meant - which leads to a bout of vigorous slapping between the two of them.

It's an odd choice for the storytellers to use to दिखाना how bears express प्यार and it would, obviously, never happen in a डिज़्नी film nowadays. I can put it down to attitudes of the era, but it doesn't change the fact that it gives an unpleasant edge to a seemingly innocent film. The lyrics to the song all about the slapping - 'Say it with a Slap', are scandalous! Here are some sample lines:

Give her a slap, give her a cuff...
...He slapped her once and missed her jaw
And he wound up smackin' his mother-in-law

In Mickey and the Beanstalk there are two characters who could be considered to be 'heroines'. The first, within the animation, is the magic harp. She sings a song to Mickey allowing him to find the key on the giant to free Donald and Goofy. The सेकंड is the child actress, Luana Patten. Luana had portrayed Ginny in Song of the South and this film sees her featuring, as herself, in the framing device which introduces Mickey and the Beanstalk. At her birthday party (which only consists of herself, a ventroliquist, Edgar Bergen and two of his puppets!) she is told the story of Mickey and the Beanstalk.

Quite why her birthday party is so poorly attended is never explained.

डिज़्नी Villain: With two films, there are of course, two villains. The first is Lumpjaw, the large and aggressive fiance of Lulubelle who is spurned when she expressed an interest in the newly-arrived Bongo. Lumpjaw is described as the meanest, toughest भालू in the forest and it seems no one, least of all Lulubelle and Bongo, mourn his death when he falls down a raging waterfall.

Mickey and the Beanstalk's villain is, unsurprisingly, the giant who lives at the चोटी, शीर्ष of the plant. In this version of the tale, he is known as Willie. In a variation on the original tale, Willie has stolen the Golden Harp from the land below causing drought and famine to affect. He is able to perform magic, including transforming himself into different creatures. This ability is akin to that seen in the fairy tale Puss in Boots where an ogre is able to transform itself and is tricked into turning into a माउस which is easily killed द्वारा Puss. Mickey's attempt to get the giant to turn into an easily squashable fly is a clear echo of that story.

Whilst Willie is the villain of this story, he has a childlike, jolly aspect to him which has lead to his return appearances eschewing the antagonistic traits in favour of a jovial fellow - most obviously in his appearance as the Ghost of क्रिस्मस Present in Mickey's क्रिस्मस Carol.

Within the films themselves there are less obvious fulfillers of this role. Bongo does not really contain any sidekicks. Mickey and the Beanstalk sees Donald बत्तख, बतख and Goofy sort of fill this role, although it could also be argued that they are हीरोस in their own right. That said, they are the ones who are locked up द्वारा the giant and need to be freed द्वारा Mickey, making them fulfill the oft दिया sidekick role of being rescued द्वारा the hero.

डिज़्नी Creatures: In Bongo, we see a large number of other bears living in the forest. At the end of the song 'Say it with a Slap', many of them pair off, so we can assume there are equal numbers of male and female bears. Mickey and the Beanstalk includes the traditional cow that is swopped for magic beans. There is also a gigantic dragonfly (living in the giant's kingdom at the चोटी, शीर्ष of the beanstalk) that attacks Mickey, Goofy and Donald.

डिज़्नी Magic: Bongo lacks the magical touch associated with डिज़्नी but Mickey and the Beanstalk involves both the magic of the giant - whose skills include transformation, flying and invisibility. The aforementioned Golden Harp is a magical being - a living musical instrument. It is her गाना which brings happiness and prosperity to the land and when she is stolen द्वारा the giant, the land falls into ruin. She also has the ability to sing people to sleep.

डिज़्नी Land: Bongo happens in an unidentified forest in what is, presumably, somewhere in the USA. Mickey and the Beanstalk is set in Happy Valley which is ruled over द्वारा क्वीन Minnie and kept happy only द्वारा the presence of the Golden Harp - which doesn't say much for the abilities of क्वीन Minnie as a ruler! Happy Valley has echoes of the indistinct European-style settings of many fairy tales.

डिज़्नी Songs: There are quite a few songs in Fun and Fancy Free. None of the songs made a particular impact on me and, even after listening to the playlist a couple of times, I'd be hard pressed to remember any of the tunes. Quite a few of them: the शीर्षक song, Too Good to be True and Lazy Countryside are of a similar, 'easy-listening' style to those from Make Mine Music. The songs in Mickey and the Beanstalk are closely tied in with the narrative - Donald and Goofy गाना about how hungry they are to the tune of Funiculi, Funicala (you'd know it if आप heard it); and the harp गाना about how Mickey can find the key to release his friends.

Most significantly, though, is Jiminy Cricket's opening song - I'm a Happy-Go-Lucky Fellow. This was a song which was originally written for Pinocchio but was cut (along with quite a few other songs). It's a fun little song and does sound like something which would have suited Pinocchio's vibe quite well. I'm glad it saw the light of दिन in this film.

डिज़्नी Finale: I'm not quite sure what to make of Fun and Fancy Free. Unlike the other package features of this period, it's only made up of two films which, oddly, makes for a slightly less satisfying collection. Bongo is not a favourite of mine, mainly due to the weird use of slapping as a sign of प्यार forming its central 'comedy' element. I quite like the idea of a 'circus' animal returning to the wild (hang on a minute, where I have seen that before...) but generally it's not a story I want to return to any time soon. Mickey and the Beanstalk is better and it will be interesting to see what Disney's upcoming film, Gigantic, will do with the tale of Jack and the Beanstalk which is, after all, a classic of fairy tales. I'm not a huge प्रशंसक of Mickey, but प्यार a bit of Donald and Goofy and Willie the Giant is a fun villain. It's good to have Jiminy Cricket back even if just as a presenter, but संपूर्ण, कुल मिलाकर this isn't a film I think I'll return to all that often. The litmus test of many of these is whether my children ask to rewatch it and Fun and Fancy Free hasn't yet been asked for so I'm not sure it made a huge impression on them. 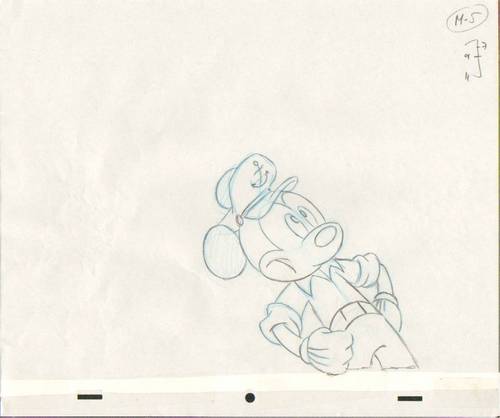 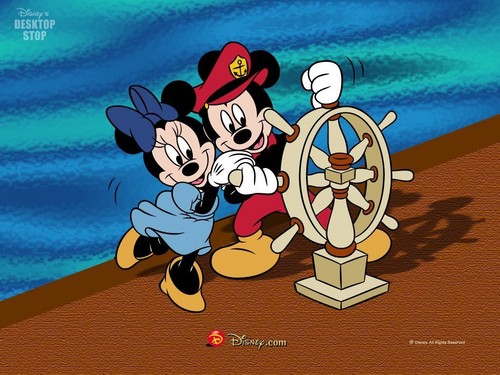 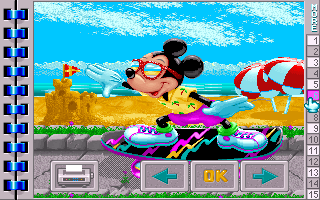 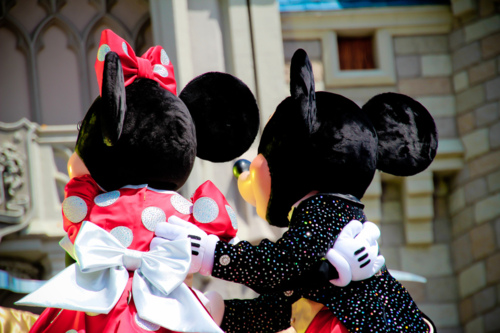 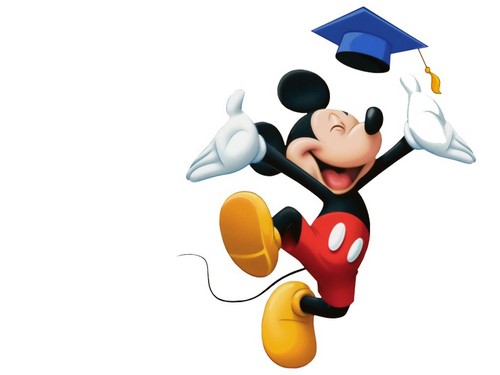 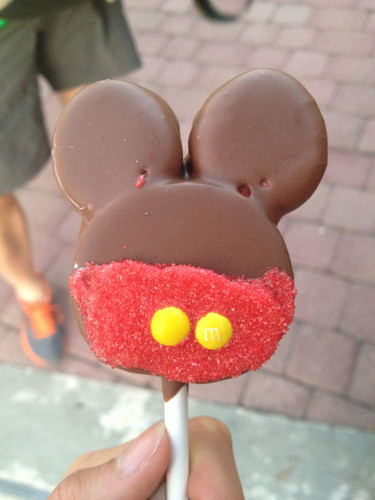 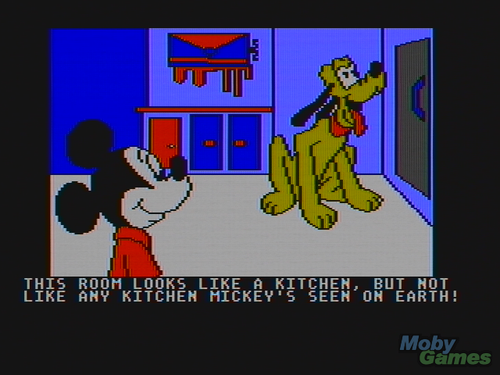 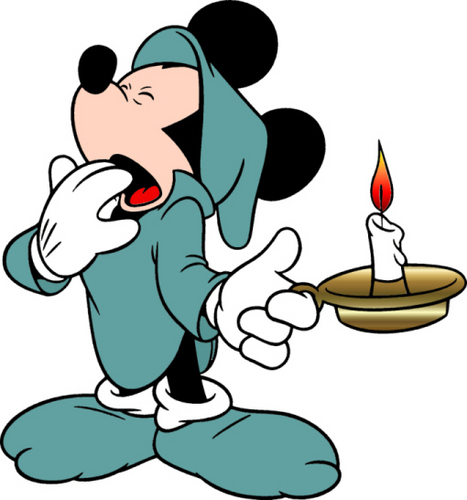 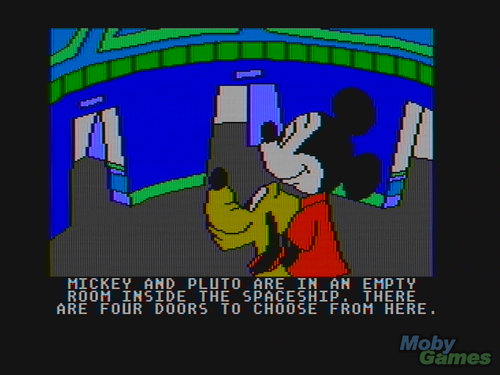 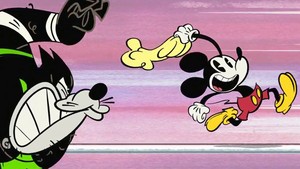 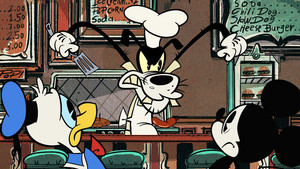 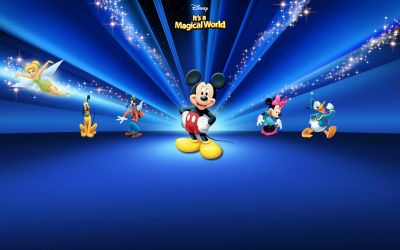 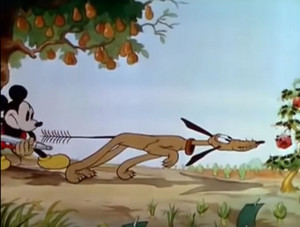 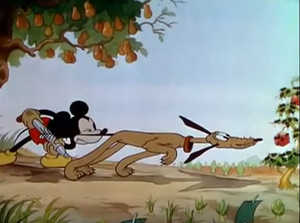 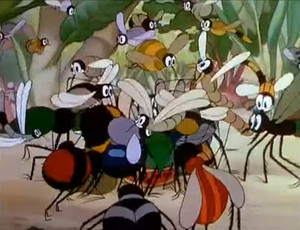 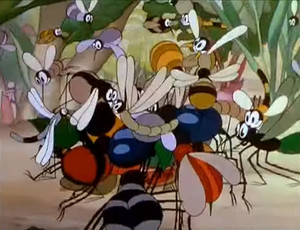 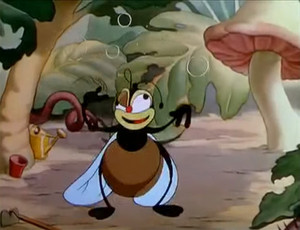 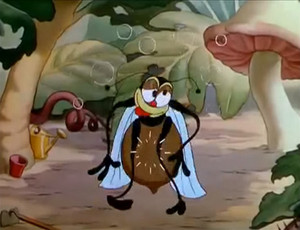