13
In Mayfield 2
posted by HugeEgoSorry
House stood up from his बिस्तर looking straight outside his room. He happened to see a familiar image that was staring at him while standing a few walks away from where he was. He hurriedly walked towards it but the glass दीवार didn’t let him go outside so he ended up banging the thick glass in front of him.
House: Cuddy! --- हे I’m here! ---- Cuddy!
Indeed it was Cuddy but she turned and walked out of the place. House was surprised to realize that it was another stupid hallucination. There was actually no Cuddy outside. House’s brain, and maybe दिल as well, wanted her to be there so his eyes thought it was real. House sat down looking sorry for himself as he ran his palm on his face.

Later that afternoon, he found himself seated in front of Dr. Pitt, his attending psychiatrist. They were talking about the process of rehabilitation that would start from his Vicodin detox when he happened to see the “Cuddy” image again staring at him from outside of the hospital. He looked at it intently, thinking that it is real this time. Pitt followed where his eyes were going but see nothing.
Pitt: <turned to face House> House… Are आप with me?
House: <looked at Pitt> Ye --- Yes…
House looked out again but see no “Cuddy” image this time. His panting quite hard so Pitt closed his file.
Pitt: Look, if there’s one thing आप aren’t telling me that is bugging आप right now या since the दिन आप walked in here… --- I can’t help you.
House: <sighed> No… I’m okay…

The detox from Vicodn was inevitably a rough one. The pain was getting worst as the time goes द्वारा that House tried to cut his wrist again, luckily, he was stopped द्वारा the roaming nurse. He was still seeing dead people, his dad, some of his dead patients, Amber and Kutner. They haunt him whenever and wherever he is. He’ll be often seen grasping his head while screaming. Once he was seated on his room chair, the spirits were walking towards him and he was looking at them with his bloodshot eyes.
Patient 1: Finally, I see आप suffer…
Patient 2: Can’t run anymore…
Patient 3: Guess we all have our own dead ends, don’t we House?
House: <shouting> GET OUT OF MY BRAIN!!!!
House was panting hard and big rounded sweats are running down his face as he stood in his room alone. But in his world, Amber appeared from nowhere and she was standing a few walks away from him with a sinister smile on her lips.

Cuddy was talking to someone on her office phone as Wilson sat down on the chair in front of her while reviewing the test done द्वारा House’s team.
Cuddy: Oh god ----- Okay. Call me when you’re done.
She hung up and she and Wilson exchanged inquisitive looks.
Wilson: How is he doing now?
Cuddy: The detox is just making him worst.
Wilson: He needs to do that. That’s the first step in rehab, remember?
Cuddy: House isn’t House anymore…
Wilson: We don’t need his pain for him to cure people…
Cuddy: But without his pills, he can’t do his job.
Wilson: He isn’t treating patients right now so I don’t think that argument of yours pay off.
Cuddy sighed and it was followed द्वारा a deafening silence between them.
Wilson: He’ll be fine…
Cuddy sighed again and she opened the file in front of her and read it as Wilson looked at her.
Wilson: आप were with me when I decided to get him in Mayfield. आप were actually the first.
Cuddy looked at him as he was talking on his way out.
Wilson: I’m not going to go down there to see him in a few weeks. Just to give House the अंतरिक्ष he needs. द्वारा अगला month, would आप want to come with me and visit him?
Cuddy: <stammered> No…
Wilson: Seriously?
Cuddy: I’m giving my fair share of the अंतरिक्ष आप were talking about…
Wilson: <Turned to look at her and sighed> Right… But that अंतरिक्ष of yours that आप are talking about might be the अंतरिक्ष that he doesn’t need…
Cuddy didn’t say anything but she look at Wilson, wanting him to finish his point.
Wilson: He needs आप to be there… ---- He wanted आप to be there…
Cuddy sighed as Wilson made his way out of the clinic.
dillyydallyy, everybody_lies and 11 others like this
Jess___x ahhh. continue and never finish!!!!! 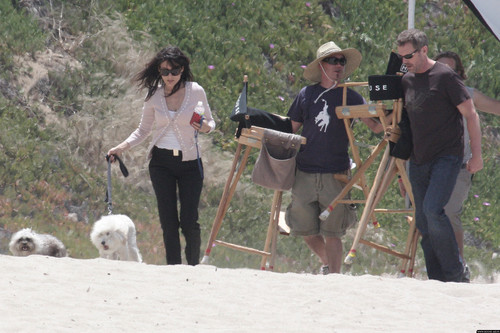 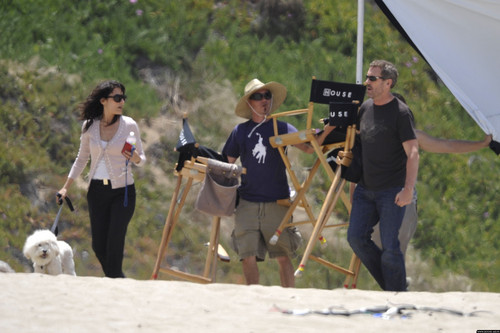 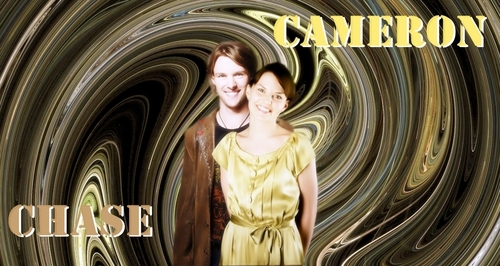 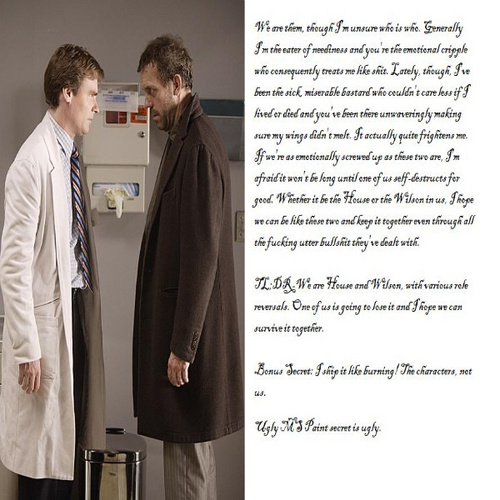 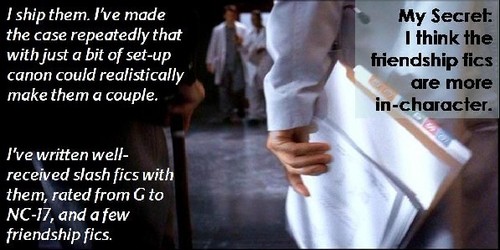 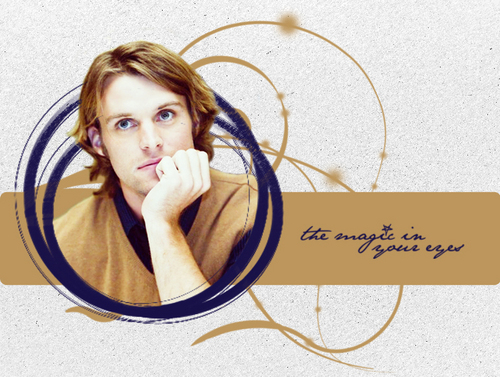 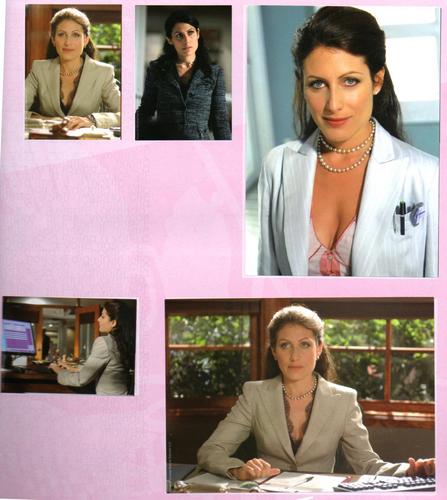 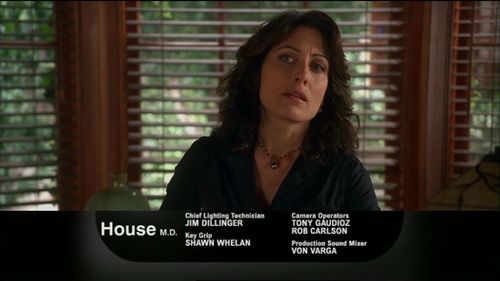 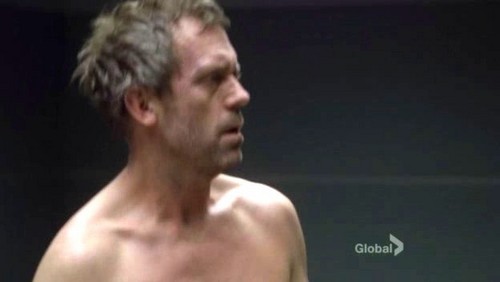 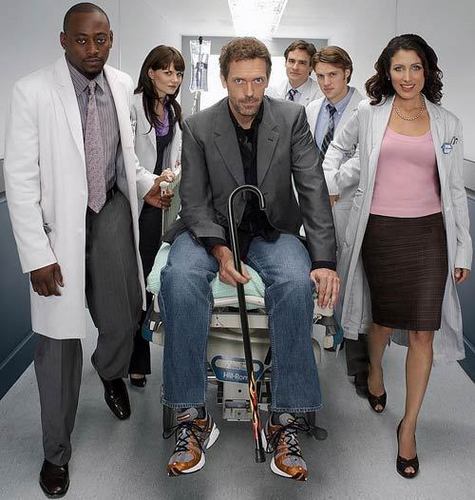 3
हाउस एम.डी
added by rose2
Source: katerinashannon
7
The Huddy Truth 2x09
posted by Irene3691
अगला morning it’s half past ten and they are asleep embraced. The light that comes from the window wakes him up. He breathes deeply and sees her lying अगला to him.
Cuddy opens her eyes slowly and looks at him. She doesn’t know exactly what to say.
‘Hi...’
‘Morning...’
She’s still a bit confused. ‘How... Did आप sleep well?’
‘The truth is that my back hurts a little due to sleeping in this position, I mean, huged to you.’
‘Oh--sorry’ She separates a bit from him and House takes a better posture. Cuddy looks at his cheek, it’s still a little redden because of the slap.
‘I'm...
continue reading...
6
A Long Story
posted by made_of_awesome
Finally, the 18 घंटा flight was over. As Cuddy stepped out of the plane,right beside House, who had gotten out of his wheelchair and gotten his cane back, they both saw Wilson, smiling and waving, ready to pick them up.

"Hey, Wilson!" कहा Cuddy as she gave him a little hug.

"Okay then. Let's get to the baggage claim."

The walk there seemed longer than it should. House and Cuddy were looking for the right words to describe the flight back. Cuddy didn't want Wilson to worry, but House wanted to...
continue reading...
14
In Mayfield 21
posted by HugeEgoSorry
After settling his things in his weekday room, House walked straight to the gym that same evening. He resented Wilson for thinking about dating Cuddy and he doesn’t know how to say to her to stay away from his friend. He knows, he’s badly screwed since he knew how Wilson marks his words. In just a blink of an eye, Cuddy might be taken away without him fighting for her for himself.
The moment he reached the gym, he found Pitt and Daniel having their scotch session. Both of them looked at him as his anger sweat come running from his forehead down to his chin. He tried to look away to hide...
continue reading...
12
In Mayfield 15
posted by HugeEgoSorry
Late at night, Wilson found himself seated in front of his bar तालिका, टेबल alone. He was having a couple of shot with his scotch feeling depressed like the night Amber died. A lot of things come and go in his mind; cancer patients, the cancer conference, House and Cuddy. With the bar lamp, one could tell he has been crying and all I could say was that he was drunk and a mess. Pitt’s सवाल came into his mind like a bullet and it nearly killed him. He didn’t expect himself to just stand there and say nothing, leaving his friend’s doctor suspicious.
Pitt: Are you?
Wilson: Am I?
He asked himself...
continue reading...
9
In Mayfield 9
posted by HugeEgoSorry
Previously on "In Mayfield": Six hours later, Cuddy was drifting to sleep with her head on House’s bedside. His fingers started दिखा रहा है some reflexes but she was unable to notice since she was sleeping. He grunted but still Cuddy didn’t noticed. He moved his head slowly, only to see those familiar curls on his bedside. He drew a smile before raising his right hand and placed it gently on her hair.
House: <whispery in a heavy tone> Lisa…
He gently and carefully caressed her hair like never been before. He removed his hand the moment Cuddy started to move. Both exchanged chuckles when...
continue reading...
7
Part 1: Scene 4
posted by peoplesuck
This is scene four of Part 1. As always please comment. =) Enjoy.

“Soo… in the same मिनट that we found out that Chase has a little sister we found out that she is dying…. Jeez, I hope someday I’ll get his luck” House कहा sarcastically while लेखन on his white board. He was on his office thinking about his discovery when Cameron and Foreman rushed to him.