22
BOTH SIDES NOW- an alternative version
posted by x5mp1xp1nx22x
The sun broke on the callous window frame, dazing the solemn grey-green room. An नारंगी, ऑरेंज lamp danced with the shadows of objects half within its reach. House’s eyes dilated as the opened to the brilliance. His naked arm ran across the tip of his forehead as he adjusted to the light. Turning his body, he rolled slightly to the left, finding his eyes searching the अंतरिक्ष अगला to him. Seeing nothing but the wrinkles of his sheets, his eyes dashed; creating an awe look in his eyes that his mouth followed in suit. No one else was in the room.

Cuddy’s fingertips ran across through his hair, grasping for something to cling to as her lips circled his own. His hands found her torso, shaking as they pulled at her clothes. Heat berated from her tongue and he couldn’t help but to taste it. Leaning toward him, she smacked against wall, still melding into his mouth. She gasped for breath against the prickles of his skin, clutching her arms to his biceps urging him closer. His lips traveled down from hers, across her chin, heating her neck, and down toward her sternum. She shuttered as she his fingers unclasped her bra.

House reopened his eyes as he let go a breath. He ran an index finger over his bottom lip, letting his eyes set again to reality.

The floor creaked under the pressure of his weight transferring awkwardly from one leg to the next. Keeping his balance द्वारा clinging with his arms extended, to the walls, he strode without his cane to the bathroom. The plaid of a बाथरोब, स्नान वस्त्र, bathrobe clashed against his rouen hair, disheveled and sporadic. Reaching toward his face, he closed in on the vanity mirror. A brush of his cheek left a गुलाबी residue sticking to his fingers; he grazed them with his thumb, transferring the substance.

Along the counter sat a blue based lipstick case. House drew his eyes to it, leaving his head and body remaining in the same position about the vanity. Eyeing it like it soon may attack; he stared intently at it, and then breaking the tension, seized it into his palm. The टोपी came off with ease, and twisting the base, house smiled at the settle गुलाबी stick that protruded up from the shell.


Across the sky, clouds pinned neatly onto the crisp air scuttled gently, playing hide and seek with the sun. Inside, Princeton-Plainsboro Teaching Hospital showed this with pride. Cuddy strolled with a purpose into the large differential room. She kept her eyes on Houses and spoke with solidarity. “We need to talk.” House pursed his lips and raised his eyebrows. “Mmm kay.” He glanced toward the team and followed cuddy into his office. Cuddy had taken a position in front of his डेस्क and stood, arms at her sides, steadily. House stopped adjacent from her. She took in a deep breath and moved close to him, paralyzing him with her motions.

Her toes tightened as she sprung upon them, adding height to her short stature. Moving slowly against his ear, she traced the outline of his inner ear with her bottom lip. He stood still, completely mimicking a statue, trying to breathe in and out in a plausible fashion. His tongue followed the inside of his teeth as his eyes crept into an ocean of soft brunette hair. “Careful House.” Her words confounded him, but still, he resisted movement. She drew slowly away from his body, brushing against his stubble as she lowered herself to the ground. Leaving him sullen and shaken, she paced out of the away into the hall.

“HOUSE!” A shrill voice yelled onto the think air. House let go a breath and moved slightly from side to side. His face turned to startled and turned to meet Cuddy’s gaze. “Did आप hear what I said?” House nodded, still trying to regain his sense of animosity. He bit his bottom lip and raised his thumb towards his forehead. With the same velocity as cuddy used, he yelled back, “Ya know, with a little और estrogen supplement, आप can correct that…” He winked as he finished. “Little problem आप told me about.” Cuddy opened her mouth for a rebuttal, but quickly closed it again. She sighed as she moved past his body, quickening her steps as she entered the hallway, leaving House alone in the room, with the deafening sound of silence.

A door opened to the sight on Wilson behind his desk, barading through files atop his desktop. House moved in a तत्पर, तेज, स्विफ्ट motion to the chair in front of the oak डेस्क and sat. “I slept with Cuddy after she helped me detox from vicodin.” Silence ensued. After a minute, Wilson’s eyes cringed, beading into Houses. He drew in breath and as he let it out, spoke. “Well…” Houses eyes followed in a parallel motion as Wilson stood from the chair and walked to his office door. Clicking as a result of a ninety degree turn, the lock froze. House’s mouth fell slightly open as his eyes shifted from the lock back to Wilson’s eyes.

“You thrive on conflict, live my your misanthropic views. The illusion that आप can have a meaningful relationship brings आप so far into a stupor that आप relate your pain to your soul. Your reasoning is your logic, your only connection the outside world. So आप deflect anything that has the remote possibility of making आप happy and in turn, crush that possible pain…crush your soul.”

The room grew dark and unfamiliar. House kept his eyes burned to Wilsons, still standing along the door frame. Then, his eyes left Wilson’s, searching the room. Feeling his दिल pound in his chest, and his breathing quicken pace, he again found the door. It stretched back and back until an abyss of black only remained, taking over Wilson in its path.

Ambers eyes glowed green through the darkness of the room, her blonde hair flying around her face as her body stretched forward. Suddenly the room was bright again, normal in discretion in almost every way possible. Houses eyes widened at the sight of a women standing in the door frame, her red lipstick shined against the outline of her brilliant teeth as she spoke. “So House…” House jerked his head around at the sound of a सेकंड voice. “Is this आप happy?” Kutner’s eyes shot into Houses and he turned back away.
A bright flash echoed, again and again and again, popping like loud shrills of utter pain.
Blonde hair clung to his face as a pair of pure red lips traced his ear “Careful House.” The figure lowered to the ground….Amber.

Cuddy shook House a fourth time, tears now streaming down her face. The whites of his eyes were wide and twiddling outward, his blue irises glazed over. He clutched his folded up legs under the sheet and his breath whispered in and out. Back and forth he rolled, over, and over, and over, and over again. Cuddy touched his bare chest, feeling बत्तख, हंस bumps penetrating all over his skin. She scrambled out of the bed, trying to cover her body with the over sized कमीज, शर्ट that she was dressed it. Everything was jumbled around the floor, his clothes, her clothes, pillows, picture frames, the alarm clock… Delving to her knees she searched the mess until finally feeling something that she assumed a phone shaped object. She dialed, still propped on her knees, clutching the sheet attached to the बिस्तर along House.

A silver car pulled along a long road. Wilson exited the drivers सीट and walked slowly to the trunk. He pulled out and met House at the हुड, डाकू of the car. House swallowed the lump in his throat and handed Wilson a few things, then, taking the suitcase, treaded up to the ancient hospital’s main doors. Inside the door, he watched as Wilsons face disappear as it closed.


Ill sum this up in case आप guys don’t get it.

House “awoke” normally as he did in the real both sides now. He has a rememberance of the night before(the ending of UNDER MY SKIN)-this is the italized part

Then In his office, when cuddy came in, we think that it is HER who whispers “careful House.” In his hear, but we find out that in the अगला scene, Wilsons office, this was really a hallucination of amber, as is the Wilson scene.

Then we cut back to the beginning, in Houses bedroom with cuddy and House. He has just had a mental breakdown and his rocking back and forth naked in his bed. Cuddy, who cannot snap him out, gets scared and calls Wilson.

Then we go back to the real both sides now ending; house being taken into the mental hospital.
adyingsomething, kathiria82 and 20 others like this
Hughlaurie4ever awesome job numbers!!!
oldmovie :( It really interesting and really well thought out. I love your version as well, and interesting take on what could have happened.
Cuddles I agree. I love your version and choice of words. You did a really great job, numbers.
HuddyCrazy1331 OMG NUMBERS. I LIKE URS SO MUCH BETTER!!!!
kellinator Wow numbers, great job! I really enjoyed reading a different take on it, nicely done :)
kathleen951015 GREAt! LOVED IT!
DoctorIsIn interesting....I would've much preferred that hallucination over the real one, haha.
huddysmacked *blushes* Sorry for not posting a comment before but I had read it. It's so much a better version!!!! I loved it and you write so AWESOMELY LOL at the new word.
huddyislove AWESOME!!!!!!!! Couldn't wait for you to post it :))))
brytunie07 this is damn good :D
prezjackie Holy shit.....
8
*SPOILER* to Joy of course - After the... -
posted by CathCuddy
Wrap my arms
Around your name
Feel your breath
Against my pain
As I breathe out the past is gone

Was it possible? House was trying to find a decent song on the radio when those lyrics hit him. They were so perfect.

Cuddy was in her car, resting her head against the सीट and listening to this particular song that was so accurate about... so many things.

Oldmovie took a झाड़ू and waved it. Everyone in the little room stopped talking and looked at her.
Oldmovie cleared her throat. "So... with this I, the king of Huddy, start the first official secret Huddy meeting!"
"Official..secret..??", Enjoyhuddy murmured confused.
"Why are आप the Huddy King??", someone complained. It was Babybell.
"Because I am the Huddy king and Cuddles is the Huddy queen. Everyone knows that.", Oldmovie answered.
"Good argument.", Anusha said.
"Why does this...
continue reading... 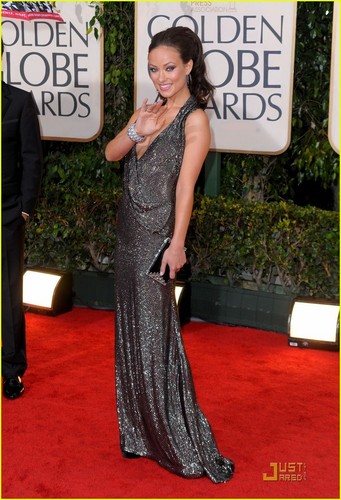 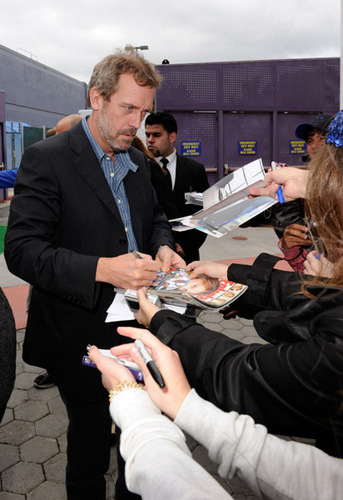 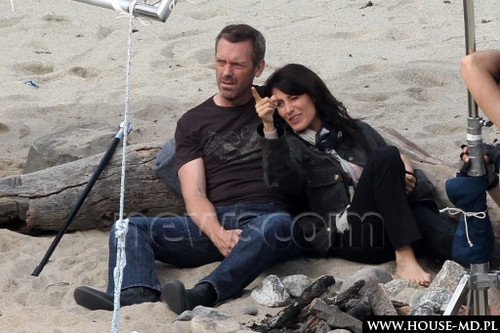 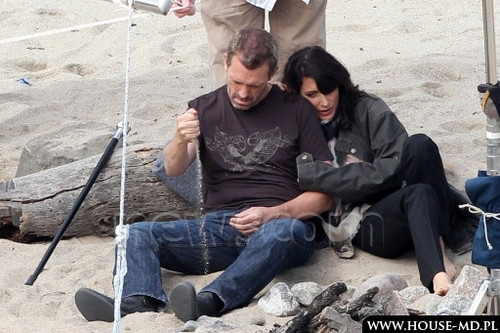 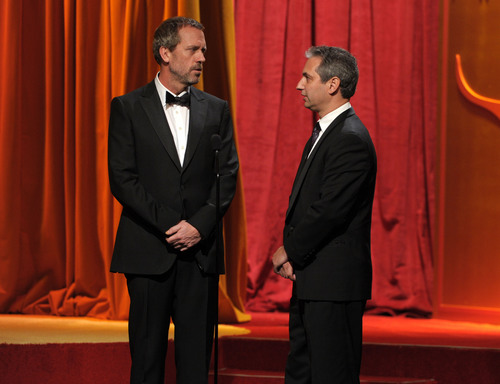 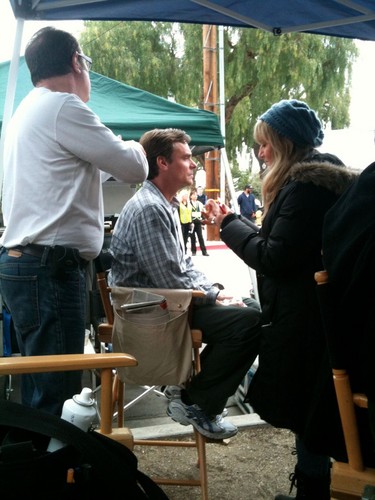 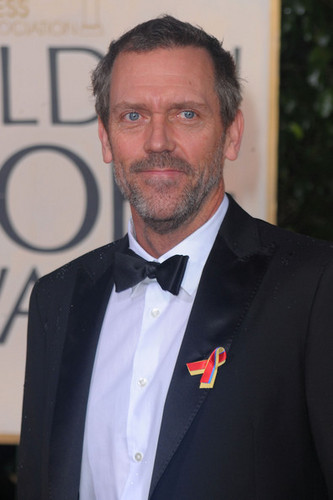 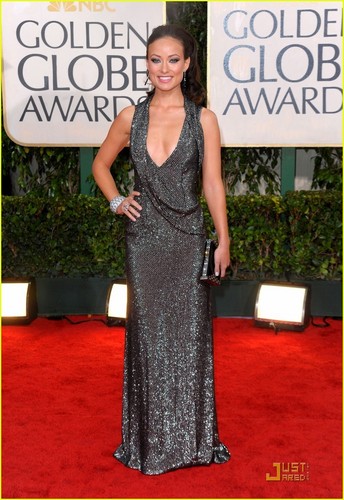 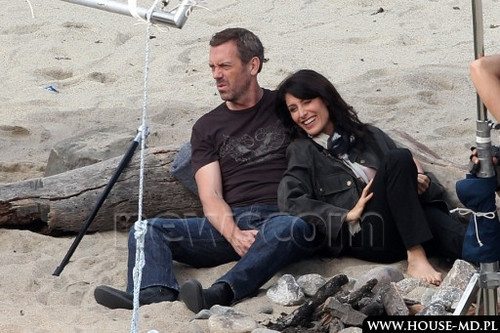 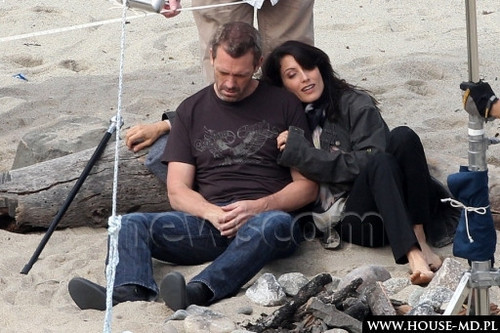 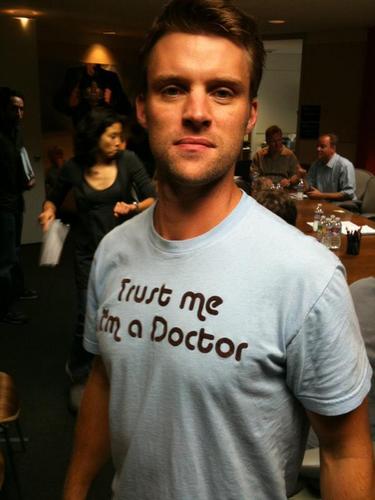 16
Jesse on set.
added by Mouraki 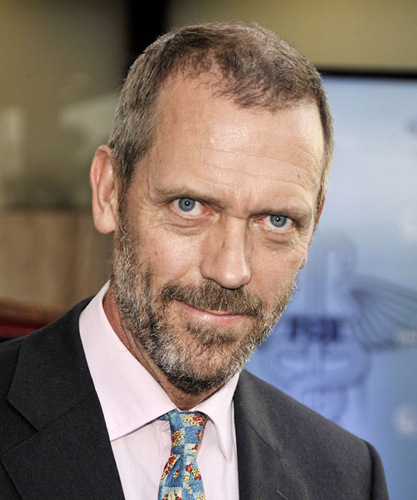 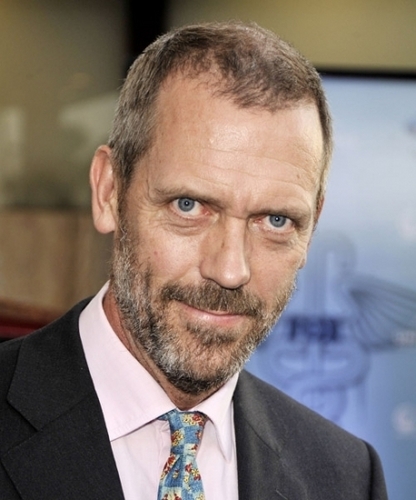 5
Projection of the season 6 premiere [17/09] from House to los angeles
added by olholince
Source: drhouse-fan.net 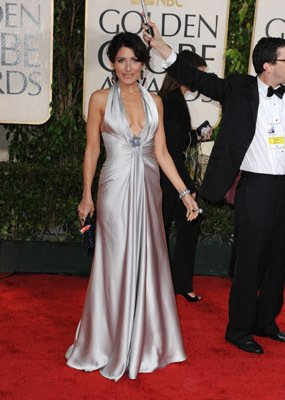 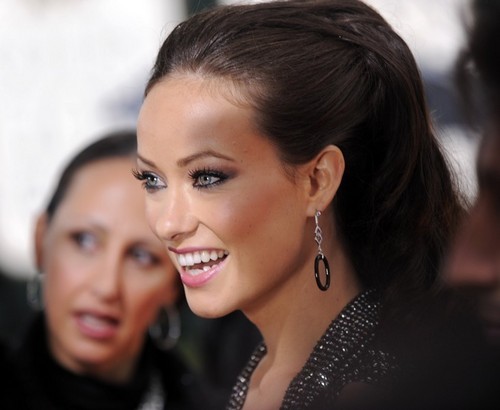 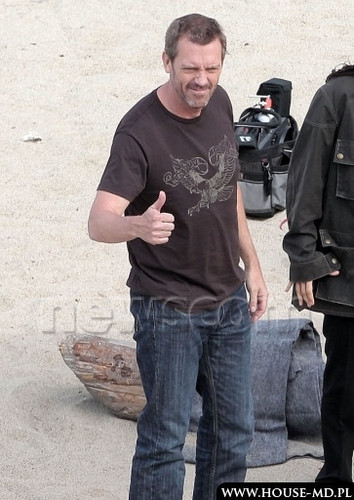