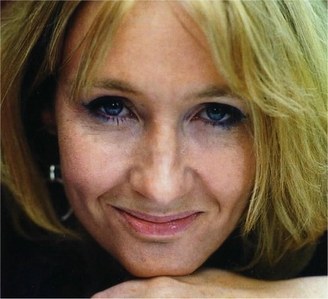 Okay, I joined fanpop soley to add my own comment to this forum/thread thingy. Please ignore my bad grammar and spelling further ahead and note as well that my g is faulty. Also, I have read both series all the way through, and HP multiple times. And I'm a 17 female, so I fit perfectly in Twilight's target audience.

Harry Potter is better than Twilight. While that statement in itself is an overwhelming positive, we HP fans are forced to explain why to the crazed Twihards that dare challenge the epic saga.

-Let's start with the fans while we're here:
~Twilight: mostly teenage females. Twihards, seriously? I use the term and laugh. Twichurch? Scary. I'm pretty sure Meyer wanted to expound Mormonism, not start a creepy cult. Anyway, while grammar is bad on the internet, mine included, I can't help but notice the abundance of lower case and messed up contractions/spellings. It hurts. Plus, they seemed obsessed over physical appearences, which also concerns me. Finally, they can't come up with a logical debate as to why Twilight is better than Harry Potter without contradicting themselves. If you find one, see me at angelcitystories.deviantart.com. I will test you, and remember, I read the books too. I was one point away from winning a Twilight contest, but I didn't raise my hand fast enough.
~Harry Potter: both genders, and readers from youth to elderly. Yes, we have psychos, but what fan group doesn't? I hate beating people up over their books (and HP followers can get cruel). I do notice we tend to have better grammar and more coherent arguements. Well, to anyone who's read these books anyway. I'm not sure, but I don't think we have a cult. Yet. I'm not joining, sorry. And we have an awesome leader, the woman who spent nearly two decades writing seven totally awesome books (with an "eh" epilogue): JK Rowling!

Which brings me to...

-Meyer vs. Rowling:
~Meyer: She wrote about a dream, and Bella is a Mary Sue. Her writing makes me feel like I'm being talked at, rather than being immeressed into a new world, she's repetatitve, and her Mormon beliefs are startlingly, brutally visible. While I have nothing against dream writing and Mary Sues, she should've done some research on her vampires and werewolves. It is sad that these ancient mythical enemies have been brought to the level of Tinker Belle and...I can't come up with a good comparision for the wolves.
~Rowling: Her writing is simple enough for younger readers, complex enough for adults, and, if you care to really dig in, riddled with wonderful symbolisms and meanings, and even tiny details nobody would ever notice. Her Christian views aren't really visible, hence all the church issues, but if you want to find them, you will. If not, then fine. Rowling does her research, making a world hidden in the folds of our own, adding rich details to an awesome mythology mankind already created. And her werewolves and vampires? While vampires are never directly shown in the books, in HP1 people think Quirell had a run in with one in some disant part of the world where dark creatures exist. Notice: vampires are dark creatures, as are werewolves, and they apparently can really scare people. There are probably other refs but I'm too tired and lazy to lean to where my books are stashed to check. Werewolves: Lupin. He is a tortured human who depends on a potion to keep him sane. Rowling uses him as one of many examples of prejudice, but she lets him some short measure of happiness in his family-Tonks and Teddy-before he is killed. I loved Lupin way more than I care about Jake Black and his gang.

Now, on to character comparisions:

-Harry vs Edward:
~Edward: sexy, immortal, and girlaphobic until Bella, it seems. He is probably meant to be sexual purity of some sort, or maybe temptation. I don't know. Meyer's "sex before marriage is wrong" symbolism confused me to the point of saying "How can Ed have sex anyway, if his body doesn't have blood or nerve impulses?" Anyway, Ed comes off (to me) as an abusive, childish, Tinker Belle vampire who wants to marry somebody he just met and wants to kill.
~Harry: His parents died to save him, an evil Dark wizard wants to kill him, he is an Horcrux, and he is either seen as a hero, deranged, liar, cheater, beloved, angsty, young, irresponsible, rash, loyal, Dumbeldore's man, brave, stupid, brave and stupid, or any of these above. He is willing to die for the entire world, and does for awhile, he lets Ginny go so she can live her life without being in danger, he has problems, huge and small, fictional and real, and he is flawed. He is almost real enough to knock on my door and ask if I have a fireplace (which I don't sadly. Though it might've saved me from trying Floo Powder). He is not one dimensional.

I will write more soon, but I have my own novel that I've been laboring over for three years now. I want it to be as good as HP, though that bar is set high. I have a LOT of work to do on it, and its sequel.

एक साल  से अधिक पुराना mooimafish17 said…
Wow thepuppetmaster those are great reasons! We had about 2600 before be gave up and turned this into a chat forum, as you can see. :D

Your novel sounds really interesting, who would you cite as your inspirations, aside from Ms Rowling, of course.

Im almost ashamed to post my fail-excuse for ff, when we have a novelist in the room. :)
Hope you do stick around though :D

एक साल  से अधिक पुराना GemonkDruid said…
What link? I already joined the Rowling club, if that's what you mean.

एक साल  से अधिक पुराना FredWRules said…
no!!!!!!! *runs off sobbing over the loss of her two favourite people/characters*

एक साल  से अधिक पुराना mooimafish17 said…
ikr! it's sick! and it happens all over! one day I'm going to find a ik banned books list and read everything on it!!

@An-die: Yep, Fred is a girl. Winifred Burkle to be exact. But then she dies and gets possessed by a demon god.

एक साल  से अधिक पुराना FredWRules said…
is it wrong that whenever I'm watching HBP when Draco's in the bathrooms crying I take the chance to stare at his ass?

and also, HOLY FUCKING MERLIN those people are crazy.

एक साल  से अधिक पुराना FredWRules said…
look, here's another nice one!!
sorry, just came back from dinner. I didn't spend half an hour looking for a picture of DT's fiiiiine arse.

also, I want to do an experiment :D so can all of you please ask your geography/biology/whatever teachers what they know about finland? I'd love to hear it :D

एक साल  से अधिक पुराना FredWRules said…
I just saw a gif of Dobby from Deathly Hallows before he... you know...
and now I'm crying.
I'm bringing tissues with me to the movies.
lots of them.

Does anyone watch spooks?

एक साल  से अधिक पुराना FredWRules said…
SORRY GUYZ MUM'S CONFISCATING MY COMPUTER AGAIN!!!!!!
so this is where I say adieu, and bon nuit!
GOODBYE AND GOODNIGHT!!!!
I love you all <3

एक साल  से अधिक पुराना lucius_malloy said…
good night <3
Previous
Something to say? Sign in with one of these options:
Log in to Fanpop! Not yet registered? Create a new Fanpop account!