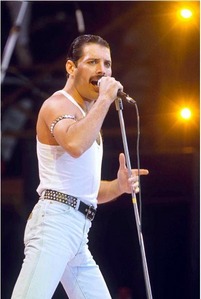 Twenty years after the death of rock’s most famous singer, and with a lavish book of rare photographs about to be published, his mother, Jer Bulsara, talks to Angela Levin about how she coped with his transformation from Farrokh Bulsara to Freddie Mercury.

Freddie Mercury’s mother was watching the Olympic closing ceremony when her adored son’s image suddenly appeared on a vast screen. “I cried out: 'Oh my dear boy, where are you?’” she tells me. “I miss him so much.” A cheeky smile then spreads across her face. “They showed John Lennon too, but there was much और applause for my Freddie.”

Freddie, born Farrokh Bulsara, the frontman of rock band क्वीन and charismatic solo performer, died in 1991 of Aids-related pneumonia. He was 45. Jer Bulsara, who is 90 अगला month, has found immense consolation in his continuing popularity, yet when talking about him her voice still cracks with emotion.

“His passing doesn’t seem और than 20 years ago,” she says. “I still feel he is around because his संगीत is played so often. It reassures me that he is still loved द्वारा people all over the world, but of course, none of them प्यार him as much as his mother.”

Mrs Bulsara, who lives in a purpose-built three-bedroom bungalow in Nottingham, is tiny, immaculate and rather stooped, but her brain is sharp and her kind eyes sparkle when she talks about “my boy”. She is a practising Parsee, a religion that follows the prophet Zoroaster which arrived in India from Persia in the 7th century. She is also deeply private and this is the first in-depth interview she has given. The reason is a lavish new book: Freddie Mercury, The Great Pretender, A Life in Pictures that is full of wonderful photographs, including several never-before seen images, that span the rock star’s life.

One can only imagine how hard it must have been for Freddie’s devoutly religious parents to come to terms with their firebrand son. Fortunately, the प्यार flowed both ways and Freddie seems to have tried to protect them from his excesses.

Indeed, Mrs Bulsara reveals a very different Freddie to the exotic, bisexual, wild-living, supremely talented performer the public knew. “Freddie kept a strict division between his work and his घर all his life,” she says.

“If I ever asked he would say, 'Mum that is business, and this is family.’ He was kind and very respectful both to myself and his father.” Her husband, Bomi, a former cashier in the British Colonial Office, died nine years पूर्व aged 95.

His sexuality was not a subject Freddie ever discussed at home. Nor did he tell her that he was HIV positive या dying of Aids. “He protected us द्वारा never discussing these matters,” Mrs Bulsara reveals. “It is quite different now, but back then it would have been very hard for him to tell us and we respected his feelings.” Did she visit him when he was dying? “Of course,” she whispers. “He didn’t have to say anything. I knew he was very ill.”

Freddie was born in Zanzibar in 1946 and went to an English-style boarding school in India when he was eight. “We tried to instil good values into him, like respecting the family and giving 100 per cent to whatever he did and although he wasn’t religious, he respected our ways.” The Parsee faith believes in one invisible God and is founded on the three tenets of good thoughts, good words and good deeds.

“Freddie always loved to sing and set up a school band when he was 12. In 1964, as a result of the Zanzibar Revolution, the family, including Freddie’s younger sister Kashmira, now 60, fled to the UK and settled in a four-bedroomed terraced house in Feltham, Middlesex. Mrs Bulsara and her husband found it hard, not least because of the weather, but Freddie thrived.

Like most parents they wanted their only son to have a सुरक्षित job. “Most of our family are lawyers या accountants, but Freddie insisted he wasn’t clever enough and wanted to play संगीत and sing,” she laughs. “My husband and I thought it was a phase he would grow out of and expected he would soon come back to his senses and return to proper studies. It didn’t happen.” It was an excuse, of course, and instead Freddie went to Ealing Art College where he studied for a diploma in art and graphic design. “I felt particularly sad when Freddie decided to leave घर and हटाइए to a flat in west London,” his mother continues. “He was always playing संगीत and an elderly neighbour complained about the noise so he कहा it was time to go. I told him I understood.

“He first had a flat and then a big house, also in Kensington, but when he wasn’t away on tour, he would come घर regularly. He always liked my cooking, especially my dahls, sweet and खट्टा mince and cheese biscuits. When he was famous and had people to रात का खाना he’d sometimes ask me to make them for him.

“He was so generous, too. One दिन he bought me a complete set of antique silver cutlery to apologise for not turning up for a meal. I didn’t like to use it as it was so posh, so only put it out when he came. He also invited us for meals prepared द्वारा his cook and made a big fuss of me. When I went into the रसोई, रसोईघर out of habit to help, he’d insist I sat down and relax.”

Freddie had countless male प्रेमी in his life, but the individual he called the प्यार of his life was a woman. Freddie met 19-year-old Mary Austin, who was a PR for the Biba boutique, in the early Seventies. They were together for seven years and he later described her as his common-law wife. He कहा she was the only person he truly loved and left his mansion, most of his wealth and recording royalties to her. He even took her घर to meet his parents.

“She was lovely and used to come to us for meals,” Mrs Bulsara recalls. “I used to wish they had got married and had a normal life with children. But even when they broke up, I knew she still loved my boy and they stayed फ्रेंड्स right to the end. I haven’t seen her since he died.”

Did she approve that he left her the bulk of his estate? “Why not?” she उत्तरों firmly. “She was just like family to us and still is.” Mary had two sons; Richard, who Freddie knew, and Jamie, born shortly after his death. Her relationship with their father didn’t last and she later married a लंडन businessman. She still lives in Freddie’s splendid mansion.

Within a couple of years of Freddie’s death, there were significant medical advances in the treatment of HIV and Aids. Some believe that if he had lasted a little longer his life could have been saved.

Mrs Bulsara has a और philosophical approach. “It was a very sad दिन when he died in November 1991, but according to our religion when it is the right time आप cannot change it. आप have to go. God loved him और and wanted him with Him and that is what I keep in my mind. No mother wants to see her son die, but, at the same time, he has done और for the world in his short life than many people could do in 100 years.

“After he died my husband and I missed him so much we decided to हटाइए to Nottingham, where Kashmira was living with her husband, Roger, so we could be close to our two grandchildren. I have settled in and I am happy up here. I take great comfort today in all the things that happen around Freddie. There are so many tribute bands and I have been about six times to see We Will Rock आप [the क्वीन musical in London].

“I was also very happy with the Freddie for a दिन event,” she adds. This annual event, which takes place on या around Freddie’s birthday (Sept 5), involves individuals dressing up as Freddie to raise money for the Mercury Phoenix Trust, founded द्वारा members of क्वीन and which helps Aids charities around the world.

Mrs Bulsara is particularly keen on the new book, containing finely reproduced photographs of Freddie from the time he was six months old until shortly before his death. It shows a goofy-toothed teenager – “I tried to sort it out with braces but he didn’t bother wearing them. Later he didn’t want to do anything that might affect his voice” – a flamboyant rock तारा, स्टार and पार करना, क्रॉस dresser. It also includes a CD of an interview with Freddie from the Eighties.

Mrs Bulsara’s face lights up as she tenderly turns the pages, putting the photographs in context and commenting, not always favourably, on his hair and clothes. “As a mother आप think, 'what is this?’” she laughs pointing at a particularly garish outfit.

“I often told him I didn’t like his clothes and dresses, and tried to get him to cut his hair, but he would explain it was something आप have to do when आप are in the pop world and gradually I learnt to accept it.

She pauses for a minute, then smiles. “Whatever he did या wore I always saw in him the same child I knew, he would tell us lots of jokes and I could always connect with him.”

Not every mother could say that about their famous son. 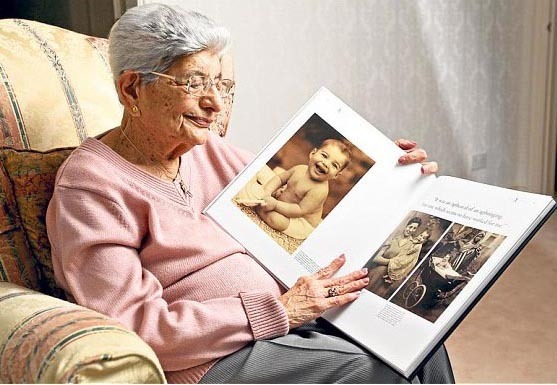 bonesbest, DramaQueen1020 and 1 other like this
DramaQueen1020 Wow..... That was incredibly deep. I could literally fell my heart kind of stop at the second paragraph. This was really beautiful to read, thank you for sharing. Thank you Jer, for sharing this with us. Freddie will never be forgotten, us fans will make sure of that!
yiske What a great story and what a lovely lady! 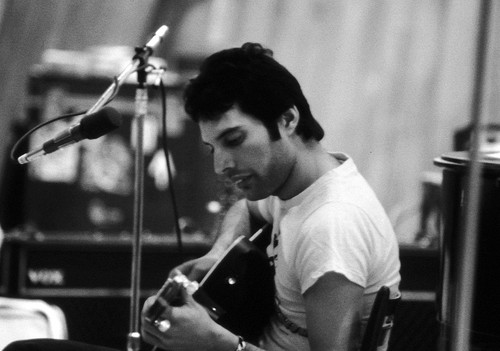 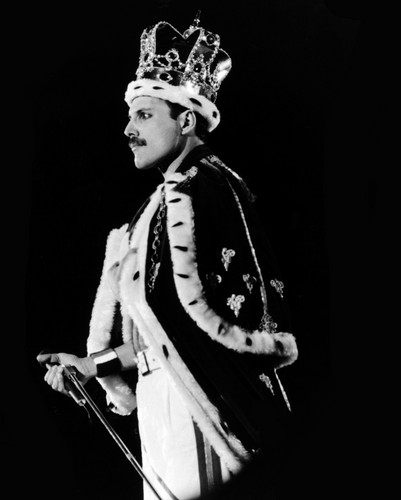 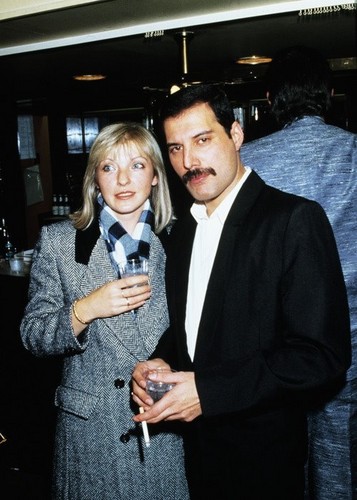 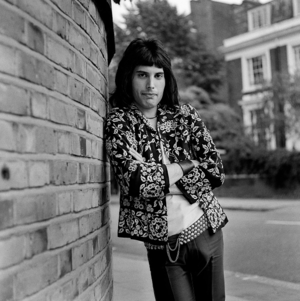 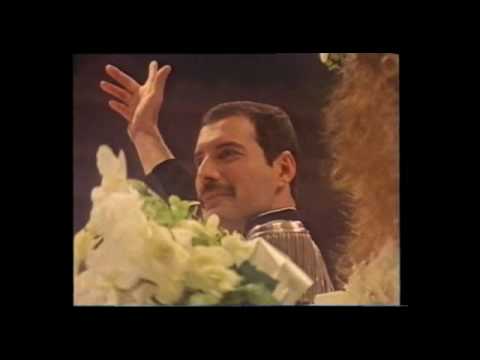 3
Let's Turn It On (A capella Version)
added by Everybodylies94
"Let's turn it on and get everybody thinking.."
video
फ्रेडी मर्क्युरी
क्वीन
acapella 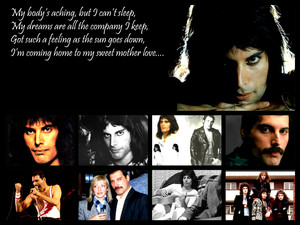 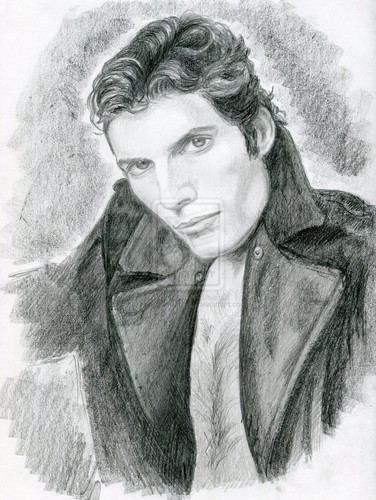 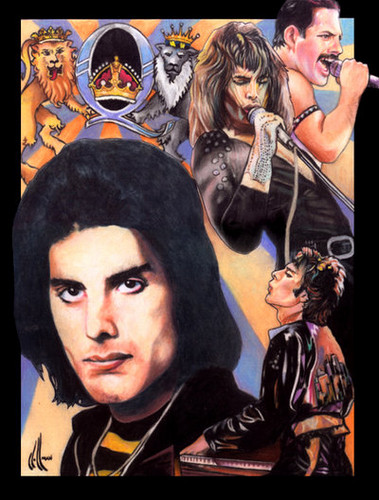 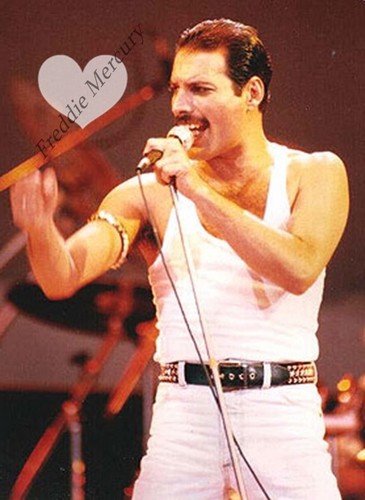 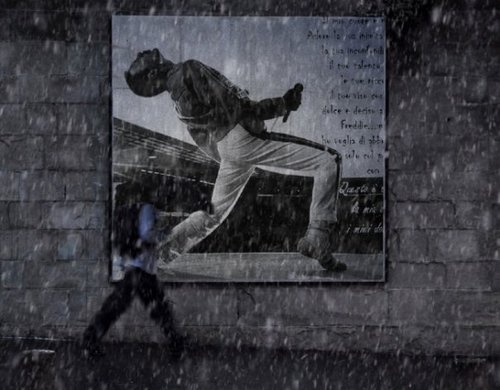 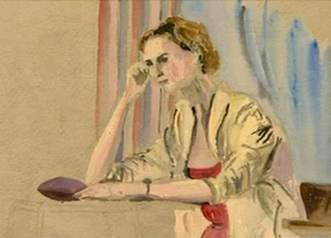