8
How I Had Wanted फ्रोज़न To Be Like (Part Three)
posted by disneygirl7
Everyone was speechless. The guests stared at the open door, the one Elsa had fled through and the blizzard that was already raging out there.

Anna started to feel really cold. Either Elsa's curse was actually coming true, या it's just the wind from the blizzard. But if the curse does come true, Anna needs to reverse it. She ran over to the broken pieces of the crown and gathered them in her skirt. She counted the pieces. Eight. The crown was in 8 pieces.

Anna knew there was only one solution. She had to travel to the magical trolls that she had heard in only ancient Norwegian legends. According to the stories, the trolls dwelled deep in the mountains, and no one had ever met them and returned. Many people have tried to find them, but never returned from the journey. The trolls themselves are not dangerous, but the journey to and fro is. But the trolls could fix anything. From sickness to broken things, the trolls can fix it all. Which is why Anna needs to find them.

She hurried out of the hall to her room, so she can change into warmer clothes and find a bag to put the pieces of the crown in. After she was done, she ran out of her room with her bag slung over her shoulder. She needed to get started on the journey fast, she only had 3 days. As she rounded a corner in the hall, she bumped into someone and fell to the ground.

"Hey! Watch-" she said, but then stopped when she saw who it was.

"I'm sorry, milady. I should have been looking where I was going."

"No, no, it's okay. I wasn't looking where I was going. But I was in a hurry, and I still am. Excuse me," Anna tried to walk around Hans, but he stopped her.

Anna smiled and put a mittened hand on Hans' arm. Hans had came to the गढ़, महल two years पूर्व as a new captain of the guards. He was really good on his job, although that in itself was a miracle considering how much time he spends with the princess chatting and laughing. Anna would say they were in love, but she wasn't quite sure. One thing she did know was that Hans had made her a lot less lonely.

"Are आप sure you'll be alright? You're going to fix the crown, aren't you?" Hans asked.

"Yeah, या else I would die, आप know." Anna gave him a smile and waved goodbye. "Bye!" she turned and ran out of the hall and out of the castle.

Elsa continued up the mountain. She had run from Arendelle and found a nice, distant and isolated mountain to seek shelter in. She wasn't afraid anymore, not confused anymore. She knew what she was doing for the first time, and that was that she's never going back to that crap of a life, locked in her room. Out here, she was free! She could do whatever she wants! Elsa waved her hand and a flurry of snowflakes burst from her hand. Elsa laughed and continued to play with her snow. To be honest, she didn't really care that she wasn't going to be क्वीन after all. She was just mad and upset before, and cursed her sister. Elsa felt a little bad for cursing Anna, but Elsa figured she deserved it for all those years of pestering her.

Elsa waved her hand and a flurry of snowflakes burst from her hand.


Elsa felt the गाउन and hairstyle she has right now didn't feel right. So she created a new shimmering गाउन of ice and fixed her hair and a long braid down her shoulder. Much better. She needed shelter up here in the mountains, so she built an ice गढ़, महल out of her powers. She sung as she did so, she loved singing. She made the song up as she went, but was still pretty proud of it.

When she was done building the castle, she slammed the door and walked up the stairs she had put in the middle of her castle. She wasn't sure what to do, she was done everything she could think of.

Suddenly, a large shadow loomed beside her. Elsa gasped and took a few steps back. Where had she seen it before?

The shadow came closer, and Elsa's eyes widened. No, it can't be.... she thought. But when it spoke, she knew it was the same stranger who had दिया her her powers.

"You!" Elsa walked towards it until she was almost right in front of it "Why did आप give me the powers? I never asked for them!"

"But आप seem to be having fun with it," it said.

"I would be having और fun if I didn't have it!"

"That's not the point," the shadow replied "we gave आप the powers for a reason."

The stranger continued as if it hadn't heard her question. "You were chosen, because we knew आप would be able to carry out the purpose well."

"What are आप talking about?" Elsa took a step backward. This shadow is not reliable.

"We had a reason to give आप the powers, out of all the people we could have chosen. We didn't tell आप the reason, of course, we wanted to see if आप could figure it out on your own. But आप couldn't, which is why I have come to आप right now." the shadow advanced towards Elsa.

"Okay, what are आप trying to tell me?" Elsa wanted to back up, but she couldn't हटाइए for some reason.

"The purpose of your powers."

Author's note: Sorry for the lack of pictures in this article, I was in a rush
MissAngelPaws, RoseOlaf and 6 others like this
disneygirl7 Here's part two if you haven't read it http://www.fanpop.com/clubs/disney-princess/articles/227192/title/how-wanted-frozen-like-part-two
awkwardanna asdfghjkl; moreeee
MissAngelPaws Very interesting, I love it!
Silverrose1991 I need more of this! I'm addicted! Please, please don't make Hans evil. That was so unnecessary to the story!
Lanalamprouge yes!!! this is so cool! tell me more!
coolsinger198 don't make hans evil I agree with silverose. hans should realize he loves elsa instead!!!!!!!! write more!!!!!!!!!!!!!!!!!!!
101musastella OMG I always thought Elsa would found a person who cursed her with these powers!! Same =D And what Silverrose1991 and coolsinger198 stated, don't make Hans evil, make him fall in love with Elsa! CONTINUE THIS PLEASE UPDATE IT EVERYDAY.
disneygirl7 Thank you everyone! I'll try to get the next part up soon :)
RoseOlaf Love it 💕(+1 from me) Where’s part 3?
disneygirl7 [url=http://www.fanpop.com/clubs/disney-princess/articles/227440/title/how-wanted-frozen-like-part-four]Part Four[/url]

Disney Princess
Hi! This is my new princess list, it is my latest lineup and टिप्पणियाँ and suggestions are free. I hope आप will have fun पढ़ना it and just enjoy :)

First to the bottom ranks... 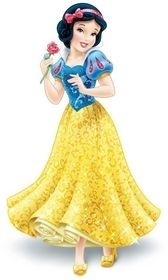 Snow White is the only princess that annoys me. Like her गाना voice and her exaggerated reactions! But then she has this optimism that I really love! Snow White might be the one that started it all but for me she's also the one ruining the lineup (metaphor). Don't get me wrong, I really प्यार Snow White not just as high as the other princesses are.

DreamyGal Productions
The following is an apology to John Smith.
I've been a hater of him for as long as I can remember. I thought he was cocky, arrogant, unattractive and racist. Recently I purchashed Pocahontas on DVD and watched it, and I must say I've had a change of heart. 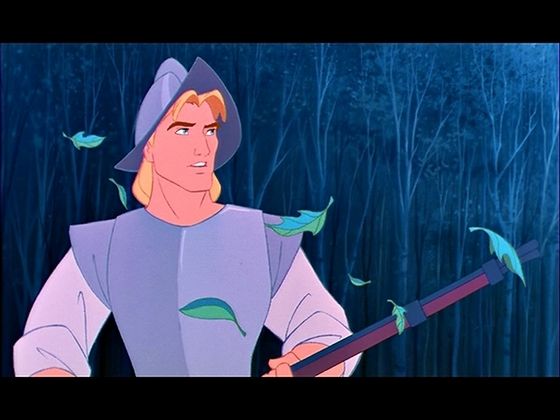 I just thought I knew you,
But now that I've had time to review,
I've found out so many things,
That pull at my heart-strings. 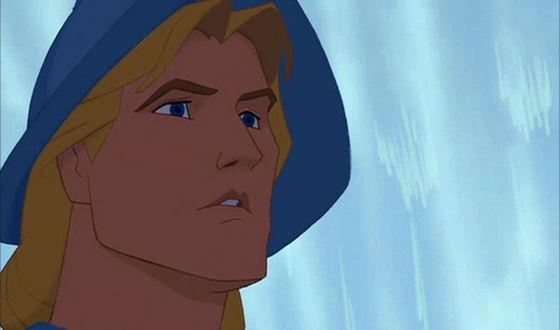 I just thought I knew you,
But I did not have a clue.
आप used to get on my nerves,
And now I must give credit where it's deserved. 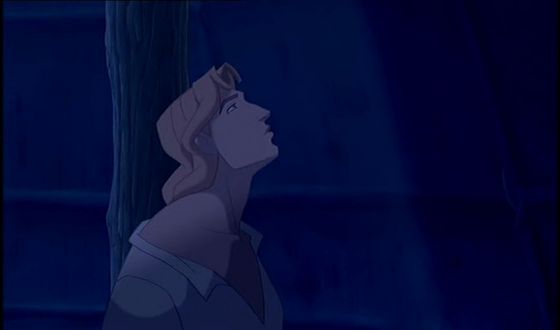 I thought आप were stupid and vain,
When it came to आप all I did was complain.
I thought we'd never see eye to eye.
Looking back now, I really don't know why. 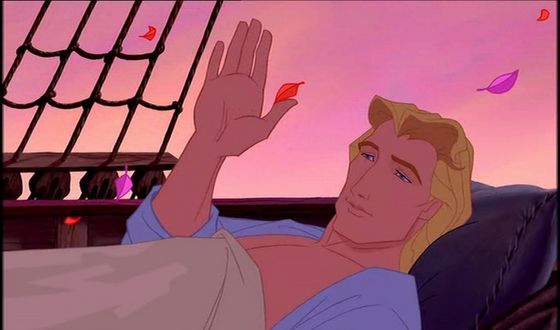 And I'm just grateful to you,
I would have lived my whole life through...
Stuck in this hateful trance,
If I didn't give आप a सेकंड chance.
10
Results of Prettiest princess hair countdown- 2011
posted by cromulanfav
डिज़्नी had to give 6their heroines, aside from great look, hot princes and शीर्षक of a princess, amazing hairs too to make us even और envious.

We already had this countdown, but with coming of new princess and new fans, it has been done again. आप can read old लेख link.
Here are they in order as आप voted them. 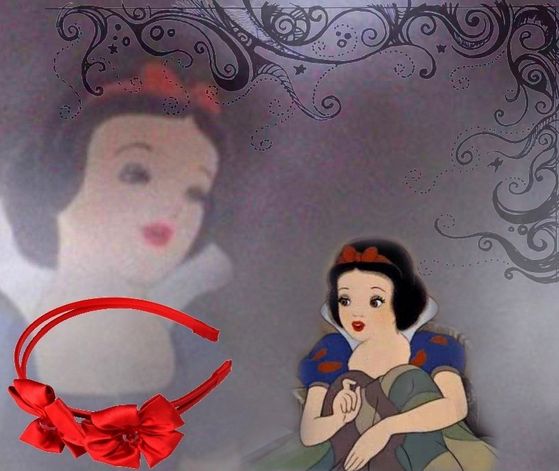 I couldn't say I'm very surprised that Snow White came in last place. She was last in many countdowns. However, many people stated that they absolutely प्यार her hair. Why is it last than? Because of the other ones, who don't find her hair that...
continue reading... 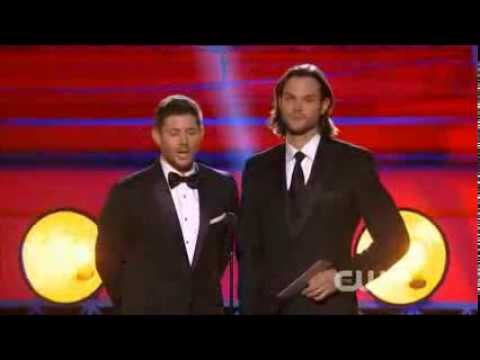 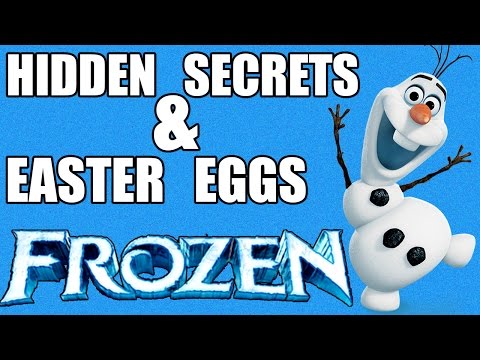 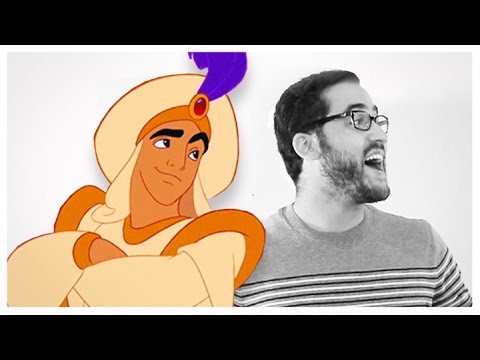 अलादीन 3 - Genie Cheering Up चमेली
added by JaDangerz
One of my प्रिय scenes in अलादीन and the King of Thieves.
video
चमेली
genie
अलादीन
2
The Troll
posted by Bleuburry24
Now before आप get scared, I just want आप to know, I am NOT the troll in this account. आप will just have to trust me on that.
I just want everyone to know that on the दीवार and on here I am
(If he/she is पढ़ना this) Go ahead and take my account.
Make it seem like it's mine, go ahead, I invite आप to.
Now, I know for those who have experience this probably seems really stupid, but IF they take the account, आप will know it's him या her. Just trust me, आप will. Sorry I'm taking it so seriously, I just want to make it clear.
3
Stream-of-Consciousness लेखन ( Sort-of) for the 13 डिज़्नी Princesses
posted by iwasneverhere
Today, I will bring आप my DP list, arranged from my least प्रिय princesses to my most प्रिय princesses. But I will do this in a descriptive fashion. I will give आप a sort of stream-of-consciousness लेखन of DP thoughts.

The Least Proactive Princesses: These two princesses are both whiny. One has very bad self-control issues tied with her cryokinetic powers ( the child abuse that she suffered as a kid did not help her), while the other was simply lied to, until she came of age. Both respond द्वारा throwing tantrums in the face of their problems. 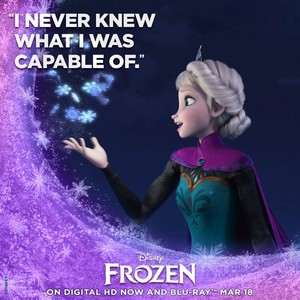 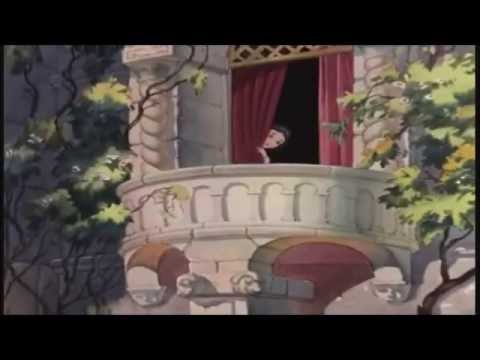 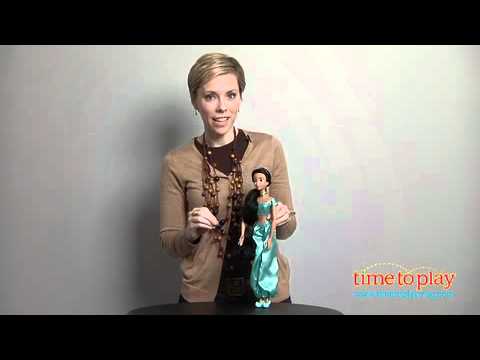 Almost There in Japanese
added by dee389
video

Mary Costa as Marguerite
added by dee389
This is Mary Costa गाना the famous aria from Gounod's Faust, for those of who don't know who she is, she is the actress who provided Princess Aurora's voice.
video
princesses
princess aurora