Studios and Companies?
posted by LupinPrincess 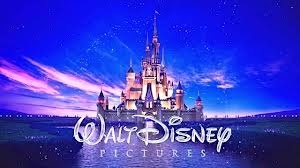 Ok I have to clear up a confusion that people seem to have about Merida being पिक्सार and not Disney.

डिज़्नी owns the पिक्सार studio, डिज़्नी studio and several other branches that make other फिल्में like the live action ones, exct.

If डिज़्नी was that separate from Pixar, why do they share technology now? पिक्सार people worked on Rapunzel's hair. डिज़्नी made the decision to make cars 2, डिज़्नी has full use of Pixars characters for video games, characters at डिज़्नी parks, rides at parks...the STUDIO of पिक्सार and the COMPANY disney, are so टैंगल्ड and knotted together, that separation would be a horrendous complication of money, so don't expect it anytime soon.

So technically...Merida IS indeed a डिज़्नी princess (disney the company not the studio) 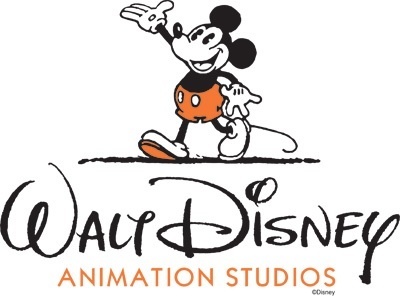 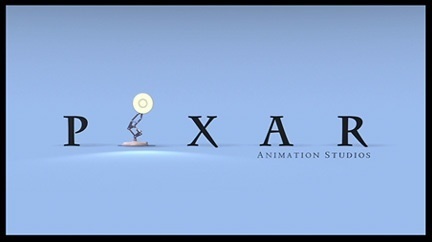 Swanpride Do you really think I'm not aware of the structure of the Disney Company? They are still two different studios. It makes a difference if I watch a Pixar movie, a Disney Animation Studios Movie, or a movie made by ToonDisney or any other of the small studios Disney uses from time to time to make a movie. The same way Gnomeo and Juliet is not a Disney movie, the same way a lot of productions Disney made are not counted between the 51 Disney masterpieces, Pixar's work doesn't belong in this list, nor should it. The studio has it's own success story and should stay as independent as possible. Making Merida a Disney princess is like saying that Toy Story is suddenly one of Disney's Masterpieces.
LupinPrincess Do you really think this article is directed at you specifically? Merida is a Disney company princess, not a disney studio princess...the disney princess franchise is based on the company NOT the studios...or can you not wrap your head around that difference? Otherwise they wouldn't be adding her under the disney name...oh shit, which...they ARE...so get over it
Jayden-G ^ No need to get mad. They made a new agreement that Pixar has to agree for Disney to use their characters (Disney has the right to, but Pixar still has to approve, so Pixar approved her being a disney princess. At the end of the day, WDAS and Pixar are two different studios that have two separate reputations and identities. Just because Disney bought Pixar does not mean it is part of their canon. If it was, that would be a whole mother thing. They distribute Pixar films. Just because they share technology does not make them one; I bet Dreamworks has similar or the same technology as well, but they are completely separate. What I do agree with you on is that the two studios are becoming indistinguishable and they are getting harder and harder to identify by the day. At the end of the day, people are still going to be fuzzy about Merida becoming a Disney Princess
Swanpride And that's exactly my problem...I like Pixar...I like Disney...but they are (to me) to different flavors, and mixing them is like eating sausages with vanilla sauce. This article basically implied that saying that Merida as a Pixar character doesn't belong into the line-up which consists exclusively of Animation Studio princesses is ignorant because Pixar is Disney, too. But I doubt that anyone has missed this, considering that the logo is clearly visible and Pixar is often referred to as "Disney/Pixar". So naturally you can argue that it's one company, but that doesn't make the argument that it's nevertheless two entirely different studios less valid.
rhythmicmagic The thing is, Disney DOESN'T count Pixar movies as Disney movies. If you look at a list of Disney animated movies, not one Pixar movie is on the list. Therefore, Disney does not count Pixar movies as Disney movies. If Disney itself makes the distinction, then how can you say it's wrong for us to? Besides, what's wrong with us discussing what we think about Merida joining before she joins? And that's kind of the thing we have a problem with. She comes from a different studio. We don't deny that Disney owns Pixar, but we want it to be just WDAS characters. Agree with Swanpride on the two companies mixing.
LupinPrincess Actually I made it clear that they are too different studios...even though they are starting to mix a bit.... I'm simply EXPLAINING how Merida can be under the disney princess name.... disney used to just distribute Pixar's movies, but as of 2006, disney became the literal Owners...that's their actual title... and when you look at a disney movies list...ur not looking at the company, you are looking at their studio only...but there IS a list under the name Walt Disney PICTURES, which includes Pixar's movies...because its not studio specific, just the company
anonheart998 Why is it such a big deal that the studios are mixing? Who cares? It's all Disney. Merida is joining the lineup, there is nothing anyone can do about it, and if you don't like it then just ignore her.
1
Fanpops Best डिज़्नी Princess Soundtrack Countdown
posted by Jayden-G 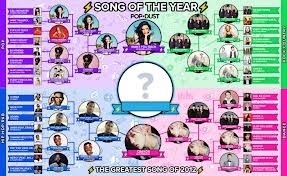 Recently, I held a countdown on the Best डिज़्नी Princess Soundtrack to see what फैन्पॉप thought, and the results were king of suprising, and kind of not at the same time. A lot of people had different opinions, and it was fun to read what people wrote about why they like या dislike a soundtrack, and now the results are complete

10. The Princess and the Frog
This round was very close between this, Tangled, and Snow White and the Seven Dwarfs. One minute, Snow White had the most votes, the अगला टैंगल्ड had the most votes, and the अगला Princess and the Frog had the most votes, and it went like this...
continue reading...
3
Lea Salonga
posted by anjeller
Lea Salonga is a गाना Voice of चमेली and मूलन two डिज़्नी princess have different personalty
lea salonga was just 21 years old when she sing a whole new world and 27 years old when she sing bitter-sweet कलेवा, रेशे, आइकनों कलेवा मूलन was the princess warrior she was a honred princess of china her शीर्षक is princess of honor and her chinese name is 花木蘭 and चमेली the princess just wish to see the world her शीर्षक is princess of freedom oh and there one thing she only डिज़्नी princess who किस a villan her arabian name is الاميرة ياسمين
lea salonga was name a डिज़्नी along with jodi benson-little mermiad paige o hara-belle and anika rose-princess and the frog
6
Getting to Know Mergirl13
posted by mergirl13 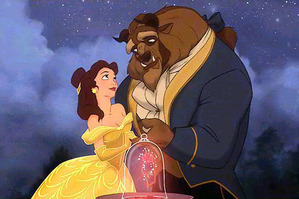 my all-time favorite movie :)
I saw that other प्रशंसकों were doing this, so I might as well try it.

Movies (besides डिज़्नी movies) that I like: Back to the Future, Shrek, the Prince of Egypt, Kung Fu Panda, the Mummy

Books I read: I don’t really read much, only when I need to

Something quirky about...
continue reading...
6
Candy77019's Crossover Family, Part One
posted by Candy77019
To Princesses Ariel, Belle, and Snow White,
आप are hereby invited to the Royal Wedding of your brother, our beloved Prince Charming Christopher Thomas. The wedding will be in two days after आप receive this letter. The Prince is hopeful आप all will make it.
Signed,
The Grand Duke

Ariel screamed and jumped up and down on the bed, nearly crushing her husband's ribs.
Eric sat up and pulled her down. "Gee, whiz, Ariel, how exciting could that letter be?"
Ariel shoved the piece of paper into his face. "VERY exciting, Eric! My big brother is GETTING MARRIED!" She squealed and showed off her glossy...
continue reading...
9
FullMoonFever's प्रिय डिज़्नी Princess फिल्में
posted by FullMoonFever
NOTE: This is a very long article.
I actually rewatched all the डिज़्नी princess फिल्में two times just so that I can be absolutely positive about my opinions. This सूची might change in a महीना या something, though. It’s really hard for me to rank the films because I just प्यार every single डिज़्नी classic, especially I प्यार every single डिज़्नी princess movie. I just tried to think which of the फिल्में I want to see the most and tried not to concentrate on the characters only. This is a lot different from my पूर्व प्रिय DP movie सूची but it’s the first time in half a साल I’m updating...
continue reading...
10
Eight Princesses...ONE MURDERER. Part 5
posted by percyandpotter
Aurora pushed, pulled, and yanked at the chains that bound her to the wall. The place she was hanging reminded her of Mulan's gruesome death. The thoughts hounded her to the point of making her sick.
"Let me go! I'm innocent, I tell you! I command you!"
Most of the guards didn't even turn around, after being shouted at for hours. One of the newer knights simply turned and shot her a death look-one of many she'd received.
Another cry echoed through the dungeon. This had been happening since Aurora was brought to the dungeon. Some of the cries had been her own. Some had come from guards coming to...
continue reading...
6
Cinderella's Beginning Part 7
posted by KataraLover
It's क्रिस्मस morning they had no क्रिस्मस पेड़ they have only apples to eat but to the story.

They all got up and went to get the presents, सिंडरेला wanted to be the first to give her फ्रेंड्स their presents.

"Chief I got आप a brush so I can brush your lovely main and tail. Bruno I got आप a स्टेक with a bone in it. Jaq I got आप some cheese, and Christopher I got आप a....." कहा Cinderella

"WAIT! Cinderelly we got आप something, we got आप a rose it was the last one in the hole woods. We saw it and thought...
continue reading...
21
डिज़्नी PRINCESS प्रशंसक OF THE महीना OF MARCH- ALAFASTANZIO!
posted by princesslullaby
So we've got our प्रशंसक of the महीना for April- Alafastanzio! Who definitely deserves it!

1.How do आप feel about winning for प्रशंसक of the month, and do आप think आप deserve it?
It feels wonderful for such a relatively simple thing. I’m not sure I’d consider myself the biggest डिज़्नी Princess प्रशंसक या the most active on this site but what I do contribute I try to put a lot of effort into. If I could be the editor या moderator of this site I TOTALLY would.

2. Who is your current प्रिय princess, and why?
Oh I’m not sure anymore. I used to be a staunch lover of Aurora but lately I’ve been...
continue reading...
7
डिज़्नी अगला चोटी, शीर्ष Model
posted by aguilarsito 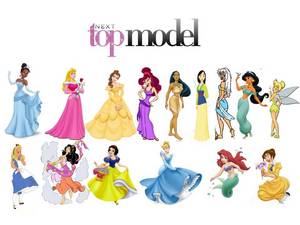 We started with 15 models.

(We need minimum 20 वोट्स for each मतदान so if there was a tied we needed wait for the vote #21 if still we haved a tied we haved 3 nominees)
You decided the nominees and आप are gonna decide who will be डिज़्नी अगला चोटी, शीर्ष Model. Thanks for ur वोट्स and comments. 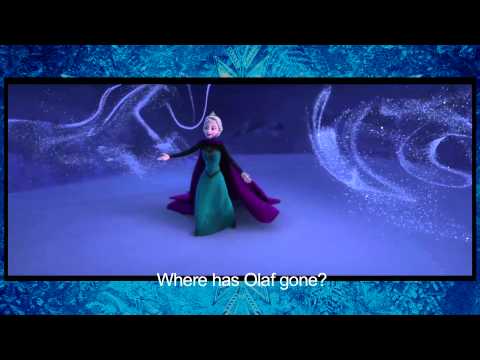 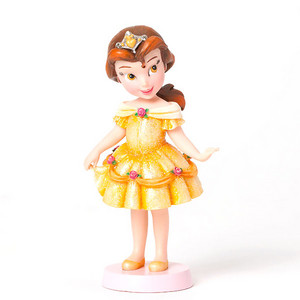 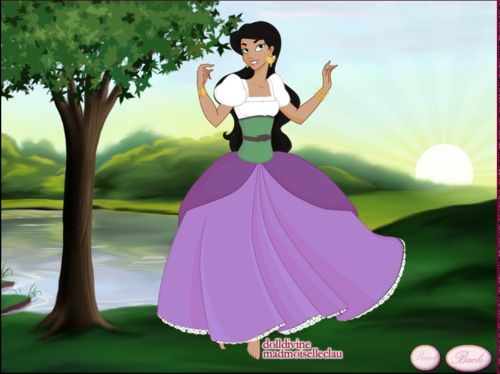 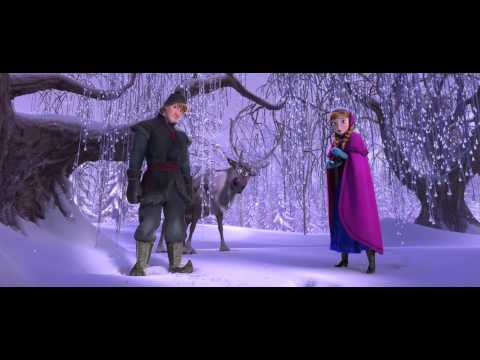 2
Frozen- Do आप want to build a snowman- Multilanguage-Child,Teenager,Adult
added by Asabala1
video 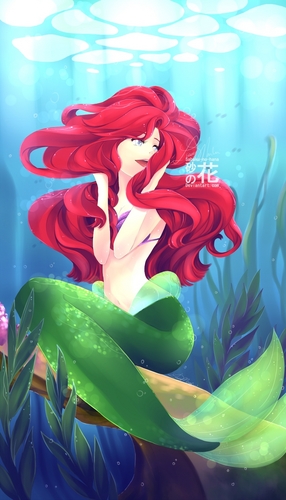 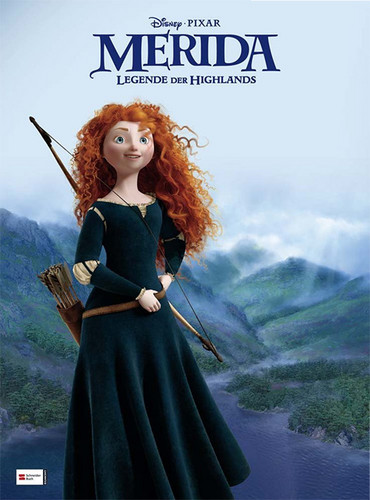 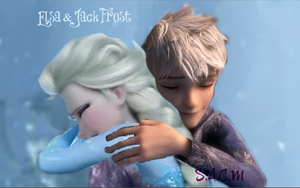 3
Elsa and Jack
added by Madmozell 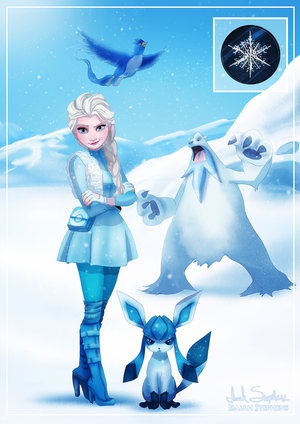