1
FOTM Interview: alafastanzio
posted by courtney7488
alafastanzio was voted as our सेकंड FOTM for March 2010. He was interviewed द्वारा the पूर्व winner, princesslullaby.

o we've got our प्रशंसक of the महीना for April- Alafastanzio! Who definitely deserves it!

1.How do आप feel about winning for प्रशंसक of the month, and do आप think आप deserve it?
It feels wonderful for such a relatively simple thing. I’m not sure I’d consider myself the biggest डिज़्नी Princess प्रशंसक या the most active on this site but what I do contribute I try to put a lot of effort into. If I could be the editor या moderator of this site I TOTALLY would.

2. Who is your current प्रिय princess, and why?
Oh I’m not sure anymore. I used to be a staunch lover of Aurora but lately I’ve been leaning towards Cinderella. She’s so selfless, always putting even the smallest creature’s needs ahead of her own.

3. Who is your least प्रिय princess, and why?
Probably Pocahontas. She bores me and there’s something…pretentious about her. I guess. Did she ever ONCE stop and try to start a conversation with Kocoum?

4.Favorite princess movie, and why?
Hmmm…I’m gonna say The Little Mermaid. I’ve always enjoyed that film. I प्यार गाना along to all the songs. I’m totally guilty of pretending I was a merma…boy growing up. I’d sit in the front yard half naked with my blanky wrapped tightly around my legs like a fin and I’d flamboyantly wave to any passersby. …Sheesh.

5. Least प्रिय princess movie, and why? Pocahontas…I don’t recall laughing a whole lot in that film. I hate Meeko. Grandmother willow freaks me out! I hate that Seasons song. The film doesn’t have a good fight scene. The lyrics to “Colors of the Wind” confuse the hell out of me. Native American stories make me feel guilty as a Caucasian. Environmental songs make me feel guilty as a human being every time I eat something that came in a plastic wrapper….like कबूतर चॉकलेट icecream bars ..mmm…! No! I REFUSE to give those up या feel guilty because some sporty, big-boobed, leather miniskirt wearing native tart told me to be artistic with invisible turbulent atmospheric gases!!!

6.Which princess have आप changed your mind about for the better, and why?
Ariel. She may be a dumb and selfish little twat, but I enjoy her story and the story would never make sense if she was particularly intuitive. One of the inescapable side-effects to true innocence is naivety.

7.Which princess have आप changed your mind about for the worse, and why?
Belle. Not based on her character या anything but in her film she so inconsistently drawn. I had never noticed it before but apparently it’s because the company was on such a tight deadline.

8. प्रिय डिज़्नी Prince and why?
Phillip. He’s classy and well-mannered. A good guy right from the get-go.

9. Hottest डिज़्नी Prince?
Phillip. When he and Aurora are coming down the stairs looking at eachother….ooooh. Hot stuff.

10. What's your all-time प्रिय डिज़्नी princess movie song?
I think Part of That World and Poor Unfortunate Souls are tied.

11. If आप could change any डिज़्नी princess movie that's been made, which one would आप change and how?
Princess and the Frog. It just needs to be rewritten from चोटी, शीर्ष to bottom. My चोटी, शीर्ष priority would be the princess being the snotty, spoiled, shallow rich girl who has to learn how to be appreciative of the frog like in the original story. We haven’t had a story where the princess’s character radically evolves. With डिज़्नी they always seem to start out pretty much perfect.

12. Which डिज़्नी princess film is the most important to you?
I don’t know if I can honestly answer that. I don’t know if I could give up any of the first 5 films. I easily could part with Aladdin, Pocahontas, Mulan, and Princess & the Frog.

13. How did आप become invested in डिज़्नी princesses?
I’m actually a प्रशंसक of all things डिज़्नी but it’s become so vast that it’s hard to keep up with everything so the Princess’s break it down to just a select few फिल्में I can focus on.

14. What first drew आप to this website?
I had come up with some tough डिज़्नी Princess क्विज़ सवालों for my फ्रेंड्स and they wanted me to post them somewhere. This site was the first I came across that let me do that. I’ve been a regular here ever since.

15. If आप could have acted as a voice character in any डिज़्नी princess film, which one would आप have chosen?
Louis the Chef in The Little Mermaid

16. Tell us your thoughts about the upcoming princess film, "Tangled".
-Are आप excited?
I’m not excited. I’m nervous and anxious. I honestly do believe this could be the अगला film that sends the studio into its third depression so to speak. I’m just waiting for the अगला डिज़्नी Renaissance at this point.
-What are your expectations?
Well they’re not particularly high. They’re clearly marketing it as a romantic comedy…and like most romantic comedies I expect it will be big for like….a week. It’ll be formulaic, unoriginal, barely memorable and won’t be taken seriously द्वारा critics. Aside from like the Notebook, Pretty Woman, Some Like it Hot…how many romantic comedies (and those first two are pretty drama-heavy) can आप say are classics?
-How do आप want to see it made (regardless of what आप know of how it's being made)?
I really wish it was as dark as the original story with the witch kidnapping Rapunzel, the prince getting his eyes pierced द्वारा thorns, the witch abandoning Rapunzel in the desert where she gives birth to twins… I really wish Rapunzel and the Witch’s relationship was really complex…like if Lady Tremaine actually cared for सिंडरेला but would do anything to keep her for herself. Even kill the man she loved. That’s really deep material.

17.Tell us what आप thought of Princess and the Frog.
Ok so believe it या not, the other दिन I actually had a long conversation with Miss America’s 2009 first runner-up (Miss Georgia) about this. She didn’t like it either…and she’s black. She felt the same way I did and it was so cool talking to her. We didn’t like how the movie hinted at the idea that black people lived in slums because they simply weren’t hard workers like Tiana या that it’s important for a girl to have a man in her life. The makers were also clearly trying so hard to be racially sensitive and specifically appeal to African-Americans but had they based this story in any fictional African country, they could have done anything and been free of so many damn restraints that brought the story down. Why make Tiana a “princess” of 1920’s historical New Orleans and then have a Prince from a fictional country? It was just a VERY inconsistent movie and one that shamelessly pandered to the survivor’s of hurricane Katrina. The modern twist concept just isn’t working and I wish डिज़्नी would just come to grips with that.

18.
a.Of all the contributions you've made on this spot, what is your favorite? (picks, articles, क्विज़ questions, etc)
I guess that entirely depends on my muse. Sometimes I’ll seem to only add picks one week and then the next, spend all my time on an article. I put the most time and effort into my various articles. I do so much पढ़ना looking for new information.

b. Of that contribution, which is your favorite? (aka, if your क्विज़ सवालों are your प्रिय which specific question?)
I’m not sure. I’m proud of my लेखाए and I get such a sense of satisfaction when I’ve educated someone with a little tid-bit fact they didn’t know. I guess that applies most to my Creating Ariel article. It really got me going and probably has the most truly obscure information. Though I’ve learned even और since then that I think I should include.

19. Which user on here to do आप admire the most?
Admire?...oh I guess it would have to be Princesslullaby for her popularity on this site and her willingness to speak her mind. I think it would be और appropriate to say that I respect her और than admire.

20.How important is this spot to आप in your life?
In my life? Well I do check it several times a दिन but I suppose it ranks somewhere between indoor plumbing and Cheerios.

21. Finally, what do आप hope to see for the future of this spot?
World Peace 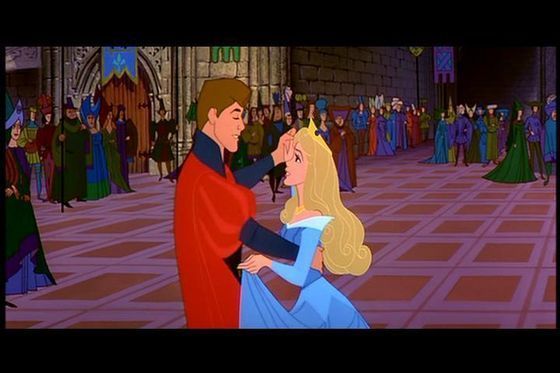 princesslullaby was voted as our first डिज़्नी Princess FOTM (Fan of the Month) for February 2010. Here is her interview.

The प्रशंसकों have voted, and princesslullaby won द्वारा a landslide! Here is our first interview with one of the many great प्रशंसकों on this spot.

1. Congrats on being the first ever डिज़्नी Princess प्रशंसक of the Month! How do आप feel?
Really flattered and honored! It's nice to know my hard work on this site is being appreciated. ;)

QUE2-who add the most beautiful pics on spot blake lively?
ans-[Dedicated प्रशंसक alt=] ForeverEternity
and half in another article,now i am going to sleep! good night if u in ur country it is night!

Aurora
added by DreamyGal
1
FOTM Interview: dweeb
posted by courtney7488
dweeb was our third प्रशंसक of the महीना for April 2010. She was interviewed द्वारा alafastanzio.

So the डिज़्नी Princess प्रशंसक for the महीना of April is Dweep! Congratulations! I for one have noticed all the work she's been putting into our spot and whole-heartedly agree with the verdict. So let's get right down to the interview shall we?

How long have आप been active on this site?
I think I joined in the late summer of 2009. Me and my best friend wanted to find out which डिज़्नी Princess was the prettiest so we looked it up and got to this site. But it wouldn't...
continue reading...
More Cards
1234567891011