22
Just Say Yes: Why Elena Needs To Say She Loves Damon In 3x22
posted by delenasalvatore 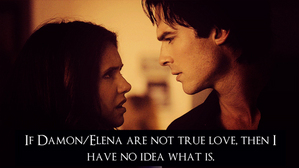 So, the word from Spoiler Central seems to have a lot of DE shippers fearing the worst: that Elena will either run back to Stefan as if 3x19 had never even happened, या that she will choose NOT to choose: in other words, that she will refuse to make a decision regarding the brothers and opt to be alone. Now, at one point, I'll confess that from one interview statement Ian made about the finale, I did suspect that Damon would tell Elena to pick Stefan या do something to put himself out of the running completely. And then I read another interview about the finale with Julie Plec in HitFix, who seemed to suggest that Elena WOULD make a choice, and that one fandom would be happy and another not so much:

Now, I know आप could totally twist this around and say that Julie's statement refers to Stelena. Only, let's be real here: Elena's journey has NOT been leading to Stefan all season, no matter how much she has remained loyal to him. Her दिल has been leading her to Damon. We already know she loves Stefan, and when we have seen her choose him repeatedly for much of 3 seasons, then it seems kind of obtuse of the writers to script a finale ending with a Stelena reunion. It would also undermine the epicness of the motel sequence and Elena's character in general.

Delena on the other hand, is a relationship and one half of the त्रिकोण, त्रिभुज that sorely needs resolving. Elena has been denying and fighting and suppressing her feelings for Damon for so long. All her 'I don't knows' and 'I don't know what I feels' and inability या unwillingness to vocalize the truth is slowly but surely beginning to make certain प्रशंसकों of the DE audience churlish. It's understandable for her to be unsure या deny how she feels, but the season cannot end without her admitting the truth out-loud to Damon. The audience NEED to hear a romantic confession from Elena. They have been waiting to hear her admit she loves Damon for a long time, and I believe the season would remain incomplete and unfulfilling if it ended without her saying it. I believe it would also put Elena in yet और danger of becoming a target for और hatred, as well as putting her in a distinctively unfavourable light. When characters are indecisive for too long, then they inevitably run the risk of losing sympathy with the fans. A romantic confession from Elena to Damon in the finale would undoubtedly upset Stelena shippers, but it would be a HUGE moment, the kind that TVD finales are famous for. (Think of 1x22's porch scene and the deathbed scene in 2x22).

Let's talk about the other scenario here: that Elena will refuse to make a decision and go it alone. That's what a lot of DE shippers I've seen on this spot seem to be assuming. Well, from what Julie is referring to, it seems that Elena WILL make a choice. If she didn't, then no one fandom would be happy. Both would be disappointed and sad. But let's suppose that Julie is only telling half the truth here, and after Elena tells Damon she loves him, she also tells him that she needs some अंतरिक्ष to be द्वारा herself, thus leaving Mystic Falls far behind her for a new life at the end of the finale, with no vampire boyfriend in sight. Now, I can only see something like this happening if Klaus या somebody threatens the lives of the people she loves and forces her to leave with him. I really can't help disliking the 'Elena chooses to be alone' theory because it's so flat and unexciting, and to some degree, predictable as well. I mean, the fact that so many प्रशंसकों are already assuming that's what's going to happen is testament to just how predictable that story line is/would be. It's also very static and anti-climatic because nothing really changes. What's different to what she chooses in the finale to what she's doing now? Um...nothing! The only difference is that in the finale, Elena acknowledges she has to make a choice, but ducks her responsibility द्वारा refusing to do so. She might think she was doing the noble thing here, but she's not. She would be hurting both brothers द्वारा not telling them the truth. She would also be hurting herself because द्वारा continuing to do nothing, she is simply putting herself in grave danger of losing them both. All in all, the 'choosing not to choose' route is fraught with dangers on all sides. It harms Elena's character. It harms DE. It harms SE. It damages the प्यार त्रिकोण, त्रिभुज द्वारा knocking it off-course yet again, and it just makes the whole thing look like its nothing but a farce and the writers are toying with the audience. Because Elena has not yet कहा that she has feelings for Damon, then the प्यार त्रिकोण, त्रिभुज still remains unequal.

If Elena admits to loving Damon in 3x22, then it is a real प्यार triangle. She loves them both, and that's exactly what a प्यार त्रिकोण, त्रिभुज is supposed to be. But if the writers put her confession off, then it remains only a theoretical one. After being widely advertised as a प्यार त्रिकोण, त्रिभुज and being 3 years in the making, the producers really have no good reason to derail from finally making it concrete and whole. In fact, I strongly believe they risk LOSING प्रशंसकों if they don't make good on their promises. I don't want to sound arrogant या presumptuous, but I feel that after 3 seasons of teasing and build up and waiting, the writers owe it to us to give us Delena. They can't keep on teasing us and yanking DE away as soon as things get good. They need to explore Delena fully if the त्रिकोण, त्रिभुज is to become real; especially when Stelena have had 2 seasons together. How can it be a real त्रिकोण, त्रिभुज if we only see how SE are as a couple? I know that it's a series-long triangle, but if the दिखाना runs for 6 seasons, then we're halfway there. When आप consider how much of DE that has yet to be explored या defined, then I would say that the end of Season 3 is the perfect time to push the त्रिकोण, त्रिभुज into the अगला phase: Delena.
Season 3 cannot end without giving us, the DE fandom, the emotional resolution we have been waiting and needing to see. No matter what else happens in the finale - Season 3 just won't feel complete without Elena finally saying what's in her heart. 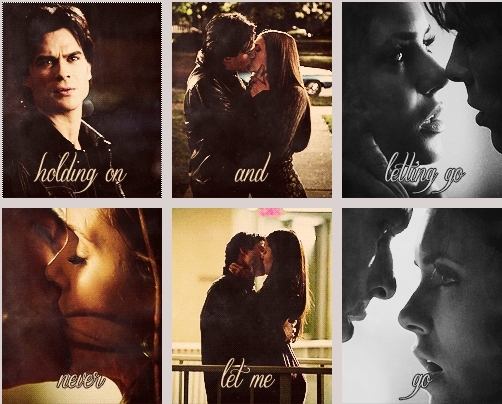 "I wanted it to be REAL"

"Everything Damon's done...he's done for love"

"If I see something I haven't seen before, I'll throw a dollar at it. " Damon to Elena

“Oh and when आप do tell Elena and she needs a
friendto talk to about anything... I'm here for her."

"Somewhere along the way, आप decided I was worth
saving. I wanted to thank youfor that"

"You're not the worst company in the world, Elena."

"You and I, we have something... an
understanding" 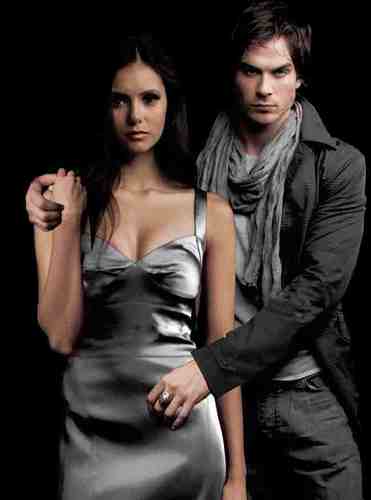 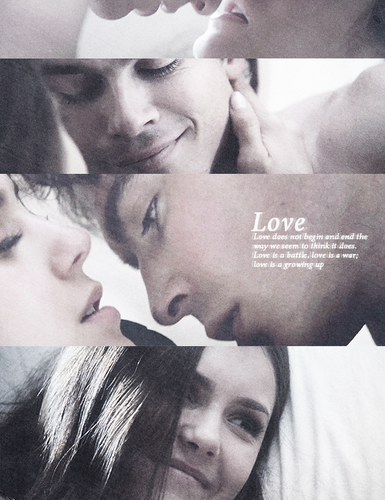 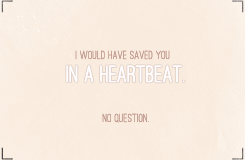 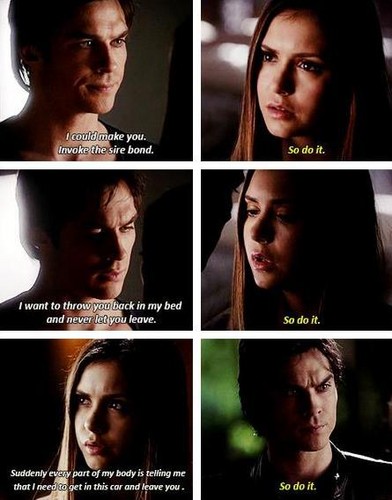 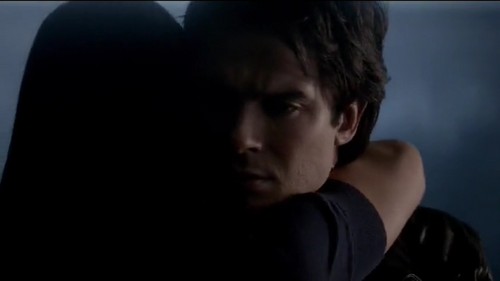 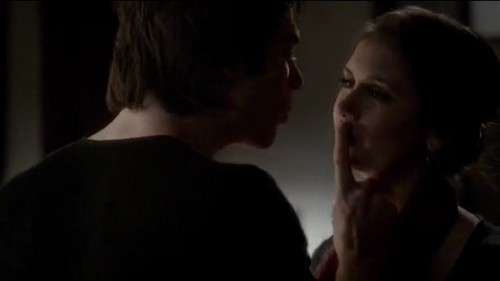