The full moon hangs low in the sky, half covered with gray clouds. It is foggy, and the wind howls as though enraged.

A HOODED FIGURE rides like the wind on a white horse. The sky roars with thunder.

A storm is approaching. As we हटाइए in on the rider, we realize it is A YOUNG WOMAN. Her hooded बरसती, लबादा is made of burgundy velvet, Victorian-Gothic style. She is obviously a lady of high society.

As her horse races up a winding dirt road, we see that she is chasing after A BLACK CARRIAGE.

In the distance we see a MEDIEVAL गढ़, महल on a mountaintop.

The carriage advances fast towards the castle.

We can tell द्वारा the horrified look on Candy's face that she is a damsel in distress. She lashes her horse with a whip to make it go faster, but the horse can't keep up. Four strong black घोड़े are pulling the carriage, and they're way ahead of them. Her horse doesn't stand a chance.

She arrives at the WROUGHT IRON GATES and pulls the reins back on the horse to make it stop. The horse rears up without warning and it almost drops her backwards, but she hangs on to the reins for dear life.

As she finally gets the horse to calm down, she realizes it's too late. The carriage is already past the gates.

As she tries to open the gates, she notices they are locked. They're tightly secured with a heavy chain and a padlock. We see panic in her eyes.

Through the gates, she sees the black carriage getting closer and closer to the castle.

CANDY
(screaming at the चोटी, शीर्ष of her lungs)
Albert! Albert, wait please!

She shakes the gates several times, trying to loosen the chains and searching frantically for a way to get in. But there is no use. The gates have sharp spikes that make it impossible for her to even attempt to climb over them.

They're evidently made to keep people out. To make the गढ़, महल impenetrable.

कैन्डी looks up at the trees nearby and spots a tall one with long, gnarly branches that stretch all the way across the चोटी, शीर्ष of the दीवार surrounding the property.

Without hesitation, she pulls the horse toward the पेड़ and gets back on the saddle. From there, she reaches for a branch and pulls herself up to climb the tree.

As she gets close to the चोटी, शीर्ष of the wall, she hangs from the branch and takes a leap to the other side.

She lands on a rose garden and cuts herself with a thorn. A deep gash appears across her forearm. The wound starts bleeding. She writhes in pain and screams but no one seems to be around to hear her.

Just then, the rain begins to fall.

A सोना chain hangs around her neck with a locket. She opens the locket. There's a clock inside it. She checks the time. It's five मिनटों 'till midnight.

Clenching her teeth in agony, she springs up from the ground and takes off running towards the castle, blood still dripping from her wound.

She arrives at the front entrance of the castle. Surrounding it is a bleak garden full of statues and a फव्वारा in the center.

The place appears forlorn and abandoned.

The carriage is parked outside the entrance, off to the side of the garden.

कैन्डी approaches the carriage, but no one is there, not even the conductor.

She then runs around the side of the गढ़, महल to the backyard.

THE CONDUCTOR of the carriage intercepts her and stands in her way.

कैन्डी struggles to get past him, but it's no use. The man won't let her.

CANDY
Let me through.

CONDUCTOR
Who told आप we were here?

CANDY
I figured it out. Now let me talk to Albert.

CONDUCTOR
The master gave me specific instructions not to let anyone in.

CANDY
I need to talk to him.

She tries to break free from the man's grasp, but he won't budge.

CONDUCTOR
(looking at her wound)
You're hurt, milady. Please let me take आप to the hospital.

CANDY
I'm not going anywhere until I talk to Albert.

CONDUCTOR
He has an appointment. He can't see आप right now.

CANDY
Tell him I know about the duel.

CONDUCTOR
(taken aback)
How did आप find out?

CANDY
That's not important. I'm here to stop him.

CONDUCTOR
I'm truly sorry, milady, but it's too late. They're already preparing.

CANDY
Albert! I know आप can hear me.

We hear FOOTSTEPS approaching. For a second, the conductor turns around to see who's coming, and कैन्डी takes advantage of his temporary distraction. She kicks him in the stomach, and the man falls to the ground, gasping for air.

ALBERT
Candy! How did आप find me? What happened to your arm?

CANDY
Why did आप lie to me?

CANDY
Why didn't आप tell me about the duel?

CANDY
Of course I know. Who lives here?

कैन्डी (CONT'D)
Tell me. Who's this man you're dueling against?

ALBERT
Don't force me to be rude. आप need to leave immediately.

CANDY
Why did आप agree to this? Don't आप know आप can get killed?

ALBERT
It's a risk I must take. I gave him my word.

CANDY
Who's your opponent?

ALBERT
(ignoring her, talking to the conductor)
John, आप need to take her away from here now. She needs a doctor.

CANDY
I'm a nurse! I can take care of myself.

John gets up from the ground and tries to restrain her, but कैन्डी resists.

ALBERT
Don't listen to her, John. Take her now.

Just as John starts dragging कैन्डी towards the carriage, the silhouette of A TALL MAN steps out of the shadows.

We see the man's face as he comes into the light. It is TERRY GRANDCHESTER.

If आप like this script, please don't forget to visit my DeviantArt page to check out the new generation of गॉथिक कैन्डी कैन्डी fanarts. My user name is gothic-lady-sybilla.

I'm also really proud to announce that this script will be produced as an animated series of episodes that will premiere exclusively on YouTube. If you'd like to find out the latest अपडेट्स on this movie, please PM me here या note me on DeviantArt. 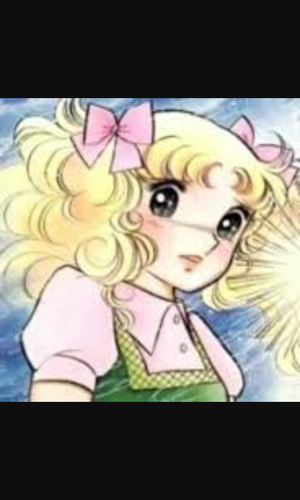 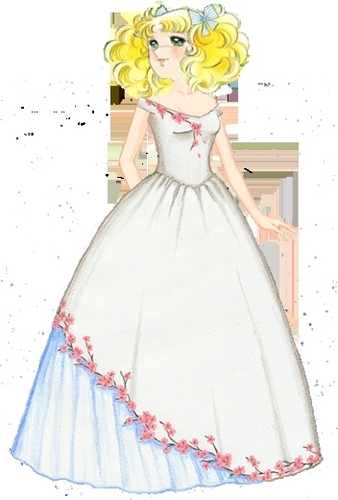 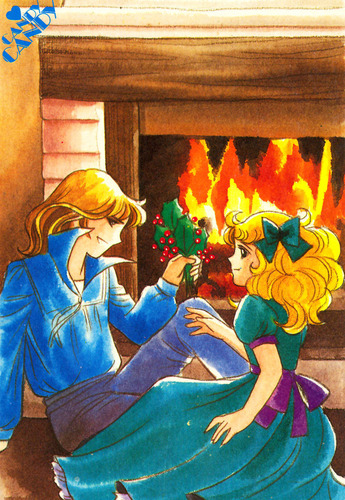 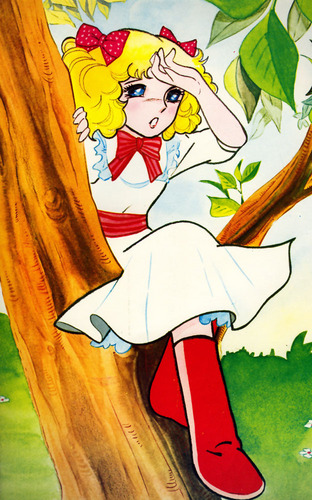 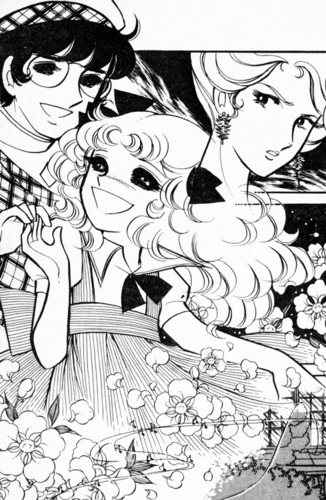 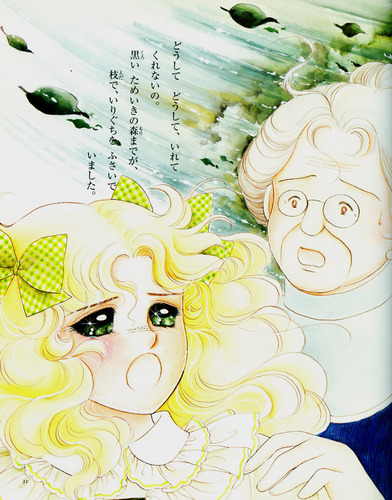 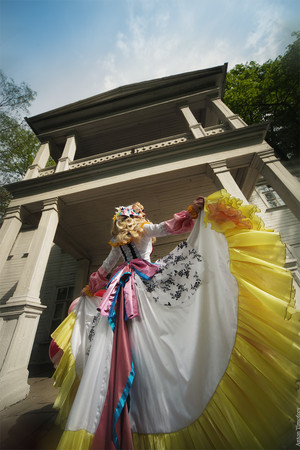 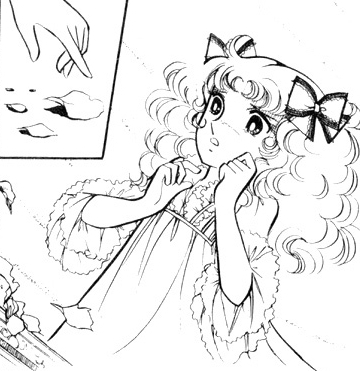 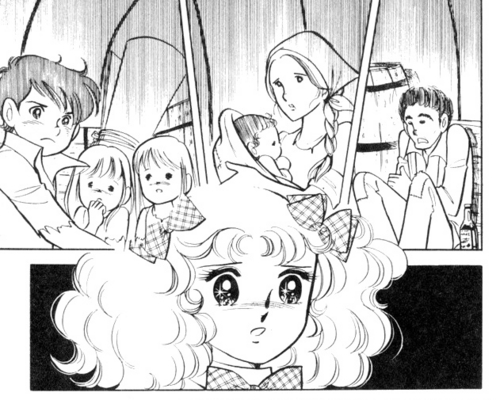 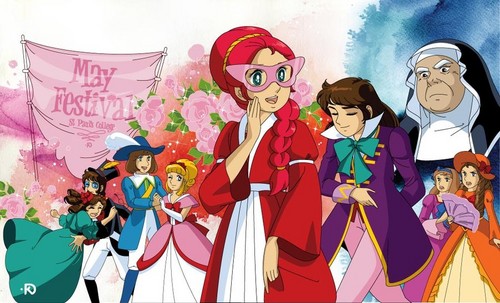 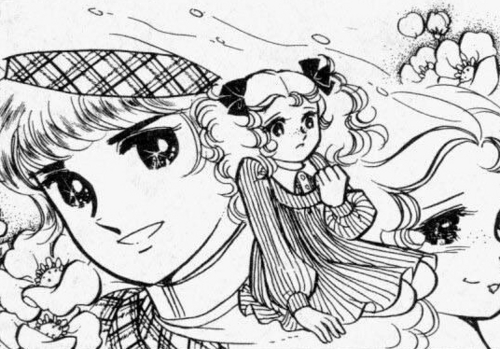 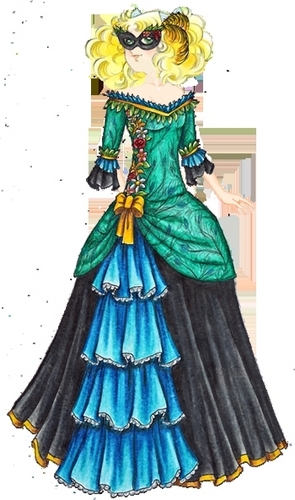 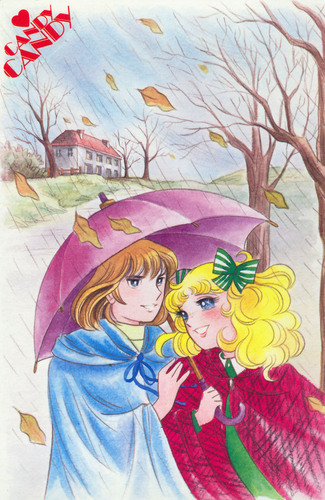 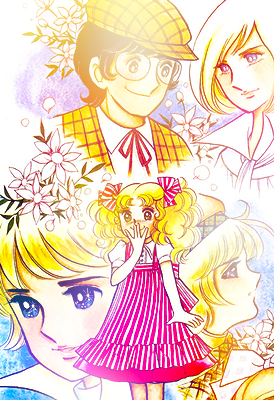 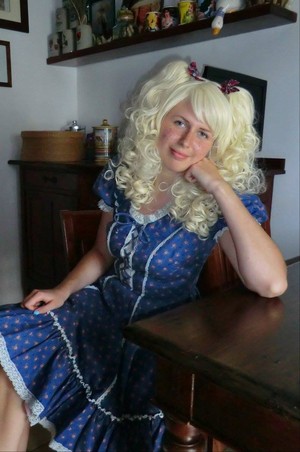 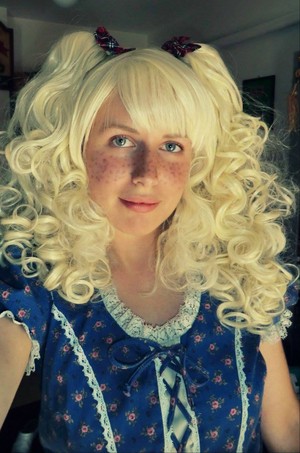 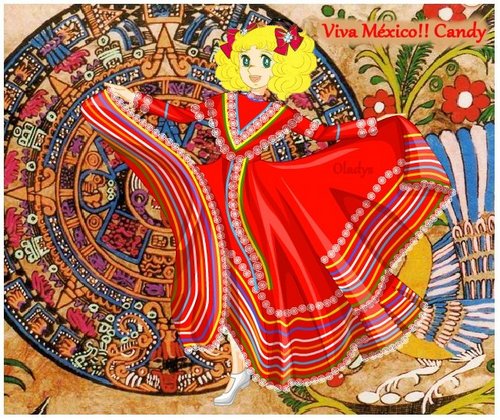