4
After School launches their official Japanese website
posted by Bubblepop00 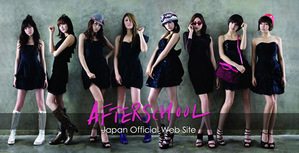 Following a हाल का announcement द्वारा Pledis Entertainment about how After School was preparing to break into the Japanese market, the group has now launched their official Japanese website!

The website contains the latest news about After School, along with each of the member’s profiles and embedded लिंक्स of their संगीत videos.

There have also been talks about the group contracting with Japanese agency AVEX, however these rumors have yet to be confirmed. Nevertheless, with After School collaborating with AVEX artist Amuro Namie for their first Japanese project, the chances of these rumors being true seem to be और favorable than not.
6
Kim Jung Ah
posted by seunghyun 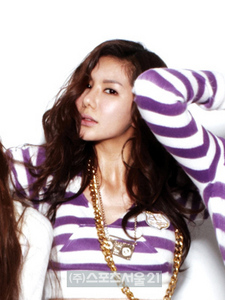 
The owner of a body of 167cm, 50kg. She was the Son Dam Bi at this past year’s SBS ‘Gayo Dajeon’ and KBS ‘Gayo DaeChukjae.’ She caught the gaze of viewers when she danced and showed off her powerful sexy charm alongside Park Ga Hee on stage. “I am the sexy beauty on the team,”
Kim Jung Ah introduced herself, “At first I couldn’t dance well, but my skills advanced after receiving training from (Park)Ga Hee Unni,” she revealed her secret. Her dream is to become a singer to her प्रशंसकों या to become a recognized musician with influence over stars. 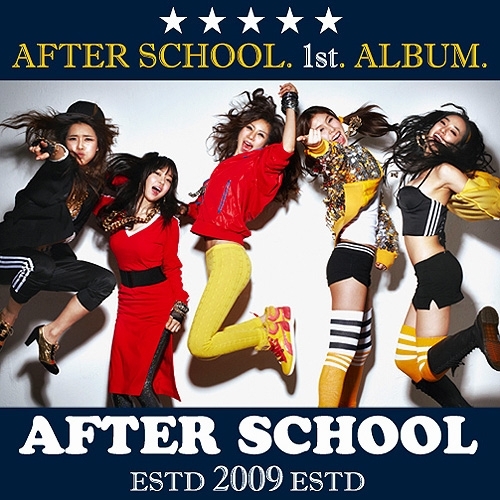 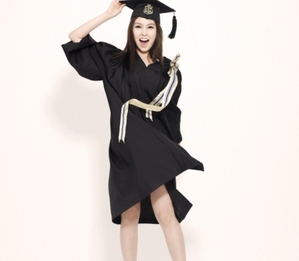 After announcing her graduation earlier this week, After School’s Bekah has released new graduation चित्रो through her fancafe and Twitter.

As promised, the graduation चित्रो were taken with her fellow After School members.

A representative of the photoshoot said, “The graduation photoshoot was held in a positive atmosphere. All of the members wanted to be द्वारा her side and battled over who could would be able to sit अगला to her. After the last cut, Bekah did दिखाना tears.”

Pledis tweeted, “On the afternoon of the 18th, Bekah had a graduation party with the Pledis staff and After School members at our building in Yuksam-dong. The members and staff shared tears and laughter over past memories and everything that they couldn’t say before. Bekah also delivered messages she had prepared and revealed her plans for the future to everyone present.”

Bekah will be returning to Hawaii after concluding the group’s first album “Shampoo” promotions to focus on studying design.
3
❤️ After School क्लब्स ❤️
posted by Aff_x_tion
हे guys I've recently got into After School and I've noticed that there were only two क्लब्स for members. So I've decided to make them for all the members

Some people have already joined and have started to post and contribute! I hope आप can join! 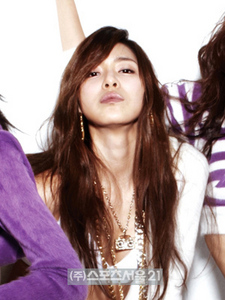 She was famous as a back dancer even before her debut . Since the time of BoA’s “My Name,” she has had dazzling looks and body. She was respected as an exceptional back dancer. After seven years of working as a back dancer, she debuted with Son Dam Bi as a member of S-Blush, a three member girl group. Though S-Blush was not as successful as had been hoped, Son Dam Bi went solo. Park Ga Hee became the leader of After School, and with the change began the endeavor for her own success. 168cm. 51 kg. She has a toned body from dancing and says, “I am the charismatic one in the team. I dream of delivering a performance that will give my प्रशंसकों the chills.” 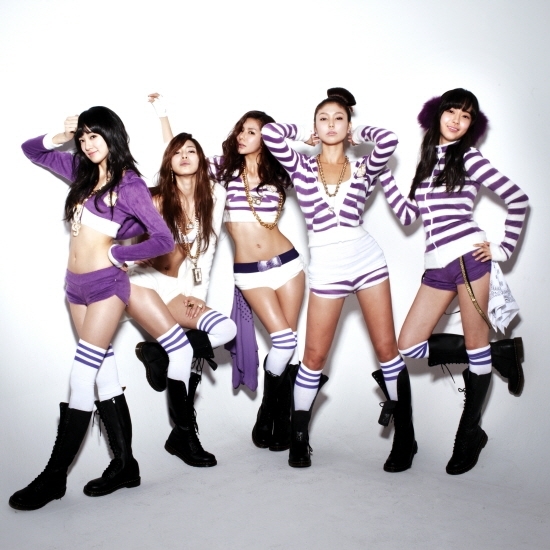 4
Bekah to graduate from After School
posted by Bubblepop00 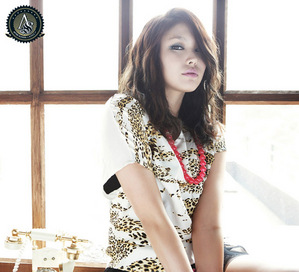 After School’s Bekah has announced that she will be departing from the group.

As प्रशंसकों already know, After School debuted with an ‘admissions and graduation’ concept. Although they’ve had several new additions over the course of their career, the group will finally be graduating a member अगला month, and its turned out to be rapper Bekah.

Pledis Entertainment representatives said, “Bekah made the request herself, so after much discussion with the members, her family, and our company, she has decided to graduate from After School and return to Hawaii to pursue her original dream of becoming...
continue reading...
2
[ENG TRANS] आफ्टर स्कूल 6th मैक्सी Single album
posted by usernameinvalid
JungAh

This album was made possible through all the members’ sweat and efforts. This time around, it was harder for anyone of us. Anyway, we added up the number of our supporters as well. ^^ And I’d like to thank आप all. To my dear After School members ^^ , even though I’m not a good leader, all of आप were able to complete the training/goals. Please be reminded that we are “a perfect team.” !! Thanks आप so much. We’ve tried our best.!! I प्यार you. ♥

^^Finally, to people whom I’ll never forget, all my प्रशंसकों who brought up here from nothing, I sincerely thank you. ^^ From now...
continue reading...
2
[ENG TRANS] Eyoung and Marty Friedman interview (Japanese ‘Guitar Magazine’ sep.2013)
posted by usernameinvalid 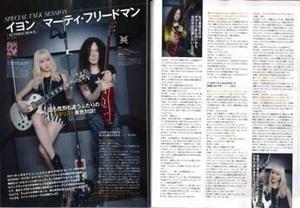 Eyoung wants to play गिटार with Marty Friedman. She was impressed द्वारा his live performances. She thinks that he can express his feeling and explode pressure [Might be rocker expression?] well through music. Eyoung praises him for his wonderful techniques. She tells him she wanted to follow his style right after she listened to his music.

Eyoung shows Friedman “First Love” arranged-by-herself version [might be the one that Pledis uploaded]. She says she wasn’t sure if it’s good. Friedman tells her the song (and the fact that she plays all instruments द्वारा herself) is awesome! Then he asked...
continue reading...
4
After School talk about their crowded bathroom time + Kahi’s splits jealousy
posted by Bubblepop00 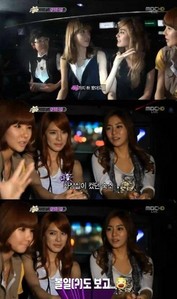 On June 5th, MBC’s “Section TV Entertainment News” interviewed the ladies of After School on their bathroom secrets.

Some of the other members, however, playfully denied the statement द्वारा adding, “That’s not true.”

The interview also covered some footage from their early debuts. On the topic of Kahi doing the splits during their performances, she revealed, “I did do the splits before until a new member came in that was capable of doing it in all different directions. I haven’t done the splits since.”
3
Interview on Eyoung - 10asia
posted by usernameinvalid 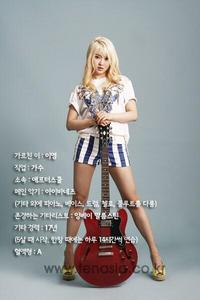 Q: How did a musical instruments learner become a girl group member?

A: Eyoung’s father always recorded her performances at the contests she participated in. Her...
continue reading...
You Might Also Like...

After School Nightmare
3
After School unveils new albums track सूची
posted by Moosick
After School, who has been teasing प्रशंसकों with a galore of sexy photos, has unveiled the full track सूची for their 6th मैक्सी single album 'First Love'!

As previously mentioned, After School reunited with ब्रेव Brothers to bring to आप the शीर्षक track, "First Love", which compares one's first प्यार to a 'beautiful memory inside a black-and-white photograph' and perhaps leave प्रशंसकों declaring After School to be their first love.

But the सूची of hitmaking producers doesn't stop there as the eight beautiful ladies teamed up with east4a who previously worked with their subunit नारंगी, ऑरेंज Caramel, for the...
continue reading...
3
After School’s Kahi to make a solo debut this February
posted by Bubblepop00 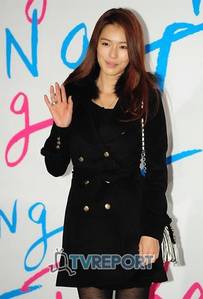 After School’s Kahi has been postponing her solo debut since late last year, but her agency has finally confirmed that they’ve got an end तारीख, दिनांक in sight.

On January 4th, a representative of Pledis Entertainment revealed to TV Report, “The संपूर्ण, कुल मिलाकर concept of the album is done. Kahi will be making her solo debut before After School’s official comeback.”

The reason for the delay was revealed to be Kahi’s inability to pick a suitable शीर्षक track. Aside from the शीर्षक track, the album is nearly complete. To allow Kahi और time to better perfect her album, Pledis had नारंगी, ऑरेंज कारमेल come...
continue reading...
More Cards
1234567891011