Artemis watched as the kid stumbled closer. He appeared dehydrated and exhausted. He kept stumbling toward them until he reached Artemis.

"So you're the great Artemis, huh? I thought आप acted nice to your guests." the boy कहा after a moment of silence.

Artemis grabbed the kid and tossed him to the ground, pinning him with her foot and her spear. His mask... It was just like Nightwing's... But looks were deceiving. "You've got a sense of humor. That'll do आप no good in the colony. My name's Artemis all right. How did आप know?"

"What makes आप think I have anything to do with the Justice League?" Artemis asked.

"You were Green Arrow's Protege for four years, dated Kid Flash for three. Retired six months ago. Worked on--"

"You've कहा enough." Artemis said. "My turn to ask questions: Who are you?"

"Red Robin." the boy replied, grinning. He leaped up and grabbed Artemis from behind, putting her in a head-lock. "Oh, and if I wanted आप dead, it would've happened, clear?"

Harvey and Jain raised their eyebrows.

"I've never seen anyone give Artemis her head like that." Harvey said, laughing.

"Shut up! We obviously can't trust him!" Jain replied.

"We can, we can. He's telling the truth. He's Batman's new sidekick."

"Don't we all say that." Artemis asked.

"Indeed we do." A familiar voice कहा from above her.

Artemis turned to see Cassie floating above her along with Revenge and another guy.

Cassie landed and hugged Artemis. Revenge patted her on the shoulder and Artemis turned and hugged him too. Revenge slowly returned the hug uneasily and Artemis backed up, laughing nervously and brushing a strand of hair our of her face.

Robin stepped अगला to Liam and looked him over. "Who are you?" he asked.

"Hnh." Red Robin replied and turned back to Revenge.

"Hey! M'gann can read minds and आप don't have a problem with that!" Cassie said.

"Emotions are different than thoughts." Robin said, crossing his arms.

Artemis turned back to her friends. "Oh! Jain, Harvey, this is Red Revenge, Red Robin, Wondergirl, and umm... Her friend?"

Revenge and Robin snorted in disbelief. Cassie frowned at them.

"Nice to know, we need to get आप out of here." Revenge said.

"So much for the party conversation." Harvey said.

"Yes. Where is it?" Artemis asked again, placing her hands on her hips.

Revenge paused for a moment. "There is no exit."

"Somebody is going to have to blow us out. We need M'gann's help. She can contact Nightwing and he can--"

"How many of आप came in here after me?" Artemis asked.

"The three of us, Batgirl, Miss Martian, Kid Flash--"

"Wally came in here?!" Artemis demanded. "We are not leaving without him!"

"Me and my big mouth." Revenge muttered, face-palming himself.

"And the गढ़, महल was completely destroyed?" Savage asked.

"Yes, Master. Unfortunately as well, the test subject was taken द्वारा the heroes. We just managed to send the last shipment of girls to the Culling." टारेंटयुला reported.

"Our inside स्रोत reports that the Justice League sent their brats to rescue Green Arrow's former protege." Manta said. "We must act quickly while बैटमैन and सुपरमैन are still out of touch."

Vandall turned to see Sportsmaster, Deathstroke, and his daughter Ravager standing in the doorway.

"What do आप want?" Ravager asked. Her father shushed her.

Vandall smiled. "The young team of हीरोस is in the Culling. Take them out.


He sat alone in his room, staring at the ceiling. The clock tick-tocked in the silence. He rolled over, glancing at the picture. Of her. He sighed and put it down so he didn't have to look at it. A knock sounded at his door. He ignored it. The door opened.
“Still moping I see.”
“Hnn.”
The intruder stepped inside and closed the door.
“At least you're still alive.”
“For now.”
“And how many hours of sleep did we get this time?”
“Two.”
“Because of her I imagine.”
He sighed, feeling the weight of the intruder on his bed. He rolled over to look...
continue reading...

Abe&Cain
added by -BelovedRobin
1
15 Suggestions for Making Good OCs
posted by AislingYJ
Okay don't be hating on me for this, I'm not trying to start a fight. I just think that we'd all be better off if we at least read these and thought about them, even if just for a second. I'm gonna say this right now: these are not cut-and-dry rules. द्वारा no means am I forcing आप to follow them, and there will be exceptions. These are just suggestions, on how to make your OCs well liked and better off. So, with that being said, in no particular order, here are 15 suggestions for making good OCs.
1. Ask yourself if making a new OC is really necessary.. Don't contribute to the overcrowding unless...
continue reading...

Willow
added by Mclovin_69
लॉस्ट Soul #2
posted by Obscurity98
Harley flew away from the Mountain crying she knew they could have helped her, but she didn't want to take chances. What if one दिन she really did hurt some one.
Harley let t=her mind wander thinking back to the words Kaldur said. How he pleaded with her on not leaving. Then it dawned on her, what would happen when they told Roy?
He'd have a fit! and then try to find her. She knew it.

She walked now down the streets of Metropolis. she flew over to Clark's apartment he shared with Lois Lane.She didn't want to bother them, so she just sat there, on the window sill not making a noise. After a time,...
continue reading...
Seeing Red Part 2
posted by Red_HoodYJ
A steady beeping was heard throughout the Bat-Cave as Red Hood’s eyes fluttered open. They put a hand to their hand with a groan.
“Master Todd, may I suggest आप stay still” Alfred suggested
“W-who are you?” Red हुड, डाकू mumbled
“You really do not remember me, Master Todd?” Alfred asked, confused
“I-no. No I don’t” Red हुड, डाकू shook their head.
“Well, just lie down and relax as I get this blasted हेलमेट off” Alfred said, reaching for Red’s helmet.
“Wait. It’ll electrocute आप if आप try to take it off me” Red groaned, reaching behind their head and pressed a button which...
continue reading...

Powers: Cat like abilities, with retractable claws, control over water, fire, ice, earth, and air. can become the elements. ability to fly with black aura around her body, invulnerability and super stregnth.

note:she was a science experiment gone wrong, short temper. She loves to play around though, and is serious when needed be.She has a serious tone of voice like Kaldur, and is mutually fond of him as well. Kaldur loves her. but wont admit it. She likes to flirt, even when she doesn't notice it. 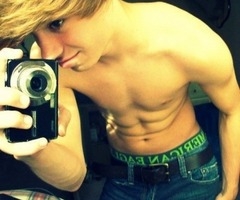