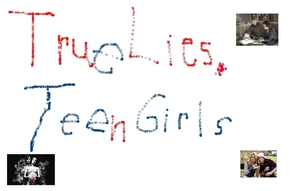 Alice’s P.O.V:
I looked at my चित्र album sitting beside Bella-it had all our memories: Bella and Edward at prom, Bella and I at graduation, Edward holding Bella, Us playing baseball, Bella, me, and Rosalie playing all sorts of games, Bella and Rosalie doing their nails, Bella dancing, Me and Jazz, Rosalie and Em…all of them. The good times, the bad times. Bella let a tear slip from her big, brown eyes. Edward picked her up, and rocked her slowly. “We’re all gonna go to…j-j-jail…” she cried into Edward’s chest. I patted her back, “Bella…we are not going to jail forever. We didn’t steal her money.” Bella nodded, “Yeah, but they believe s-s-stupid Victoria and her minions.” Edward set her down अगला to me and left for a moment, “I’ll be right back, kids.” He chuckled. “Bells, calm down, nothing is going to happen to you, honey.” Bella nodded again as Edward came back. “What is that?” I asked. He had a rubber bouncy ball in his hands, and a teddy भालू in the other. “One’s for you,” he threw the ball at me. I caught it gracefully. “And the other is for my Bella.” He handed the teddy भालू to Bella. I rolled the ball on the back of my hands, “What are these for?” I asked. “The ball is for आप to entertain yourself. And the teddy भालू is for Bella to cuddle up to.” Bella started crying again and threw the teddy भालू across the room, in frustration. “See what आप do, Edward?” I कहा sarcastically. Edward rolled his eyes at me and picked Bella up and rocked her again. “I-I-I’m so s-s-sorry.” She cried again. “It is o-…” he said. I interrupted him and said, “Let me have her.” He hesitated, then handed her over to me, “Bella, listen to me. आप are gonna be fine. Now, stop crying and let’s play a game. Okay?” she nodded, sniffling, “K.” she said. I sat her अगला to me-grabbed Edward’s कमीज, शर्ट कॉलर and dragged him into the game room. “What do आप need, Ali?” he asked. “More little balls-let’s put on our routine for Bell.” I said, very hopeful. He opened a small picnic basket that was filled with bouncy balls. I grabbed five of them and went outside. Bella was hugging the teddy भालू against her chest on the couch. “Bells, it’s time for your entertainment.” She smiled a little when she saw Edward into a man tutu. It was purple and it was dotted with, गुलाबी and yellow flowers. I danced up the stairs and threw one of the balls at him. He caught it swiftly, and then threw it up. I threw two और balls, at him and caught the other. He threw one of the balls at me, I caught it with my left arm, he threw the other as I threw one and we caught it at the same time. Bella was now in joyful laughter at us doing our practiced (I made him practice ALL the time) routine. I threw the rest of my balls all at the same time- he caught them all with his feet. He threw two balls at me. I caught them easily then threw one at him. He threw three और at me. I threw four at him. Bella was now ROTF. Then Rosalie slid down in the middle of the routine. “Hello girls…er...Girl bitches.” I threw all the balls at her and growled. She brushed them off and walked over to Edward.
Rosalie’s P.O.V:
I walked over to Edward, still determined to win the bet with Em. “Hey, Eddie.” I कहा seductively. He cringed, “Umm, hi Rosalie.” He sounded embarrassed because he was wearing a frickin’ tutu. I laughed and took off my “A-E” sweatshirt. My dress, which showed off enough cleavage to make any man go mad, was दिखा रहा है my bra a little. Edward backed up a little, his tutu bouncing. “Where ya’ going, honey?” I asked. “Shit, Rosalie, no.” he said. I frowned, “What are shitting about?” He backed up, even more, “Rosalie, I think आप better leave me alone.” I frowned even more, “Oh, c’mon, Edward, I mean…” I pointed to my boobs. “How can आप not want…this?” “Because…” he pointed to Bella. “I have this.” Bella smiled, from the tears that were slipping down her cheeks, making them bright red. I frowned, “Edward. Look at…me!” Edward looked me up and down quickly, “I really don’t see anything that interests me, Rosalie.” I growled, “Really. आप really can’t see this shit?” I asked pointing to my chest.


A/N:
Thanks for readings…hope आप liked…I hope it was good-comment and rate and that-I want to no what u really think…thx…