Justin, Beth, and Lindsay walked down the busy New York Streets. Justin tried to walk as fast as he could away from the girls.
"Justin! Wait up for us!" yelled Lindsay. The two ran to Justin's side. Wailing प्रशंसक girl moans as they walked.
"Justin! Is there anything that we can do so you'd be Prettier" कहा Beth.
"Ok, fine! If आप want! YOU, buy me a mirror! YOU, Go get me a Soy Latte! GO GO!" yelled Justin.
Beth ran behind Justin to the खरीडिए of Glass. Lindsay ran across the the सड़क, स्ट्रीट to the cafe.

Beth ran out of the खरीडिए of Glass first, and brought Justin his mirror.
"ahh...That's what I'm talking about. Why look at these ugly streets, and at these ugggly people when I could look at...ahhh...myself" Justin's voice trailed off. He started walking across the street, staring at himself.

Justin walked as slow as ever across the street, embracing every moment that he could take of his beauty. Beth looked at Justin, she stared at him. She was still on the corner, द्वारा the खरीडिए of glass. Then, she heard a huge SCREEECH! She looked down the road, at a huge Truck going faster than the wind. "Justin!!! Look out!" she yelled.
Justin ignored her, as he usually did. And just stared at the mirror.
Lindsay walked out of the cafe with Justin's Soy Latte. She looked at Justin. She gasped, and dropped the latte.
*screech BAM*

Lindsay looked, as she saw her crush jammed into the front of the truck.
"My crush is CRUSED!" she yelled as she ran towards the accident. Beth did the same.

"Ok! Let's diagnose him!" कहा Harold.
"Ooo, I want to do it" कहा Duncan.
"Really?" कहा Harold
"Ahh hem! The dude's Dead! Diagnoses over" कहा Duncan.
"I was TALKING about the DRIVER!" yelled Harold.
"Who did आप think I was talking about?" कहा Duncan.
"Ohh...No one"
"You CARE about Justin! Don't you!" yelled Duncan.
"No I do NOT!"
"You ASKED him to the PROM for god sakes!"
"I was drunk!" yelled Harold.
"Yeah right, you'd probably be scared to step foot IN a bar!" कहा Duncan.
"Hey! आप two! Stop fighting and get back to work! We need the autopsy results in on that driver!" yelled Courtney from the doorway.
"Fineee...." कहा Harold and Duncan.
Duncan smiled an evil smile as he took a cutting tool from a drawer. Harold stared at the sharp tool.
Duncan took the tool and turned to Justin's lifeless corpse laying on the table.
"Hey! what are आप doing! We don't need to cut up Justin! We Know his cause of death! He got HIT द्वारा a car!" yelled Harold!
"But I hate the dude! I could have some fun with this..." कहा Duncan.
"I'm pretty sure that's against the law!"
"So? We don't even know if that driver is dead! That could be even more against the law" कहा Duncan.
"We know that the driver is dead, the truck tipped over after it hit Justin. The driver most likely passed out behind the wheel, woke up right as he hit Justin, then had a दिल attack right there" कहा Harold.
"That's stupid!" कहा Duncan
The driver sat up on the table.
"Oh crap! Did the cops find me in a कचरे के डिब्बे, कूड़ेदान again?" he said.
Duncan walked to the doorway.
"Hey! Cud- I mean Courtney! The patient sat up on the table, he's alive!" he said.
"Again??!" she said.

"Do we reeally gotta go on with this? We know that Justin is dead, and the driver don't got any problems" कहा LeShawna.
"Fine" कहा Courtney.
"sooo.........Who wants to get pizza! कहा Duncan, Justin's buying!" he said, pulling Justin's wallet out of his pocket.
"Yeah!" everyone yelled.
They all ran out of the room.
Izzy walked into the room.
"Justin?" she said.

*5 मिनटों later, focusing on a dumpster, Justin shoots out of the window 5 stories above and lands in it*. 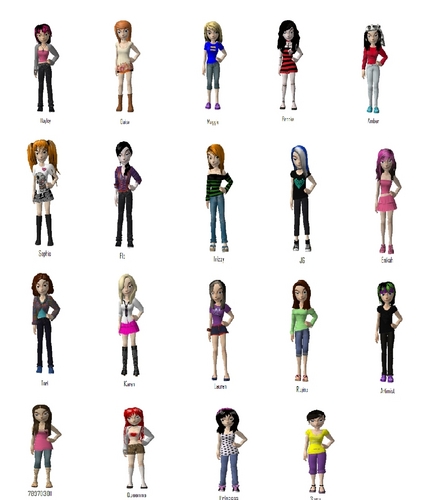 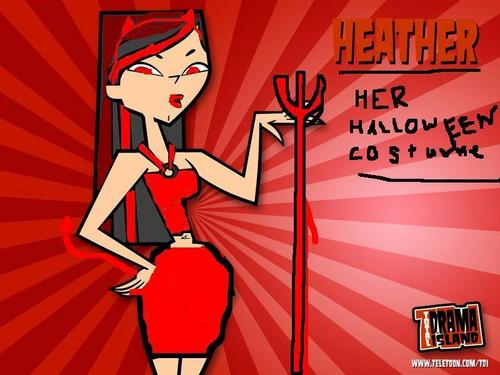 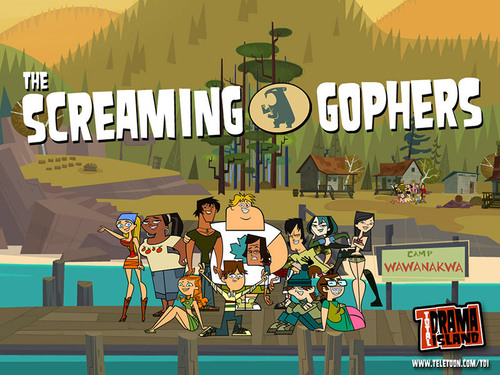 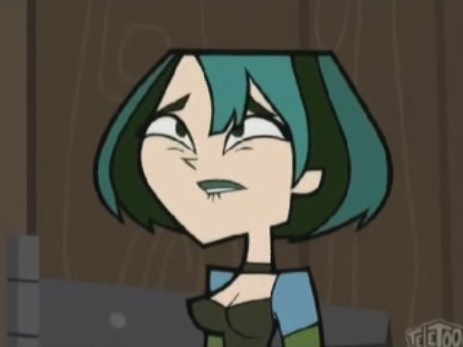 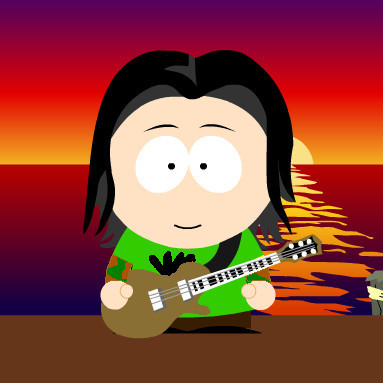 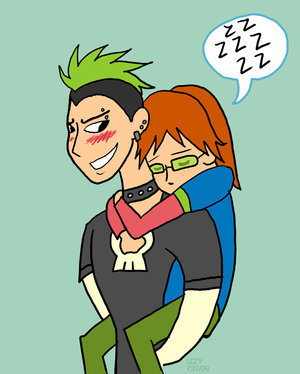 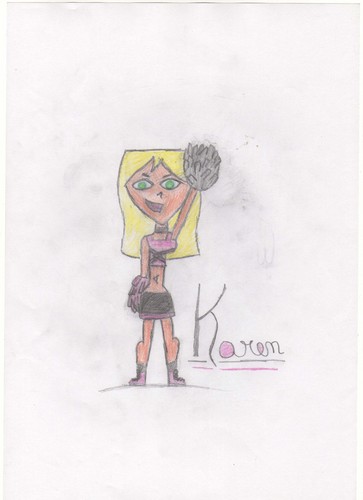 2
a pic that i did one week पूर्व when i was pretty bored ^^'
added by codyismine
Source: im getting bored of answering this thing xD 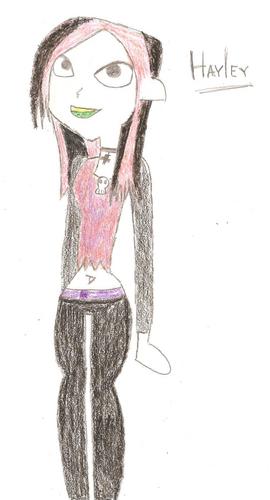 2
Hayley
added by emisa123
Source: me 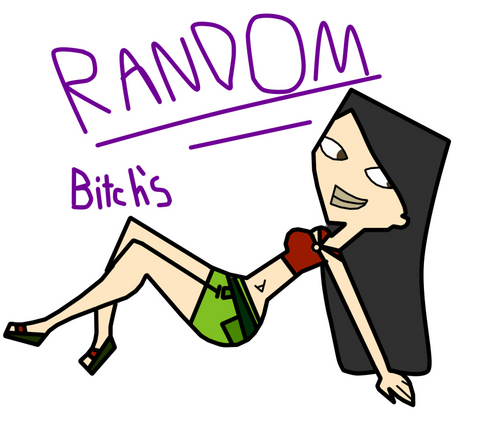 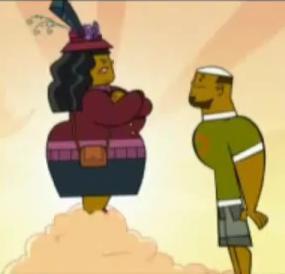 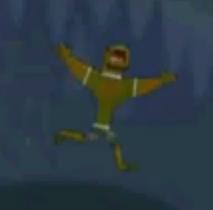 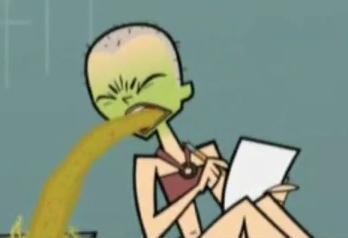 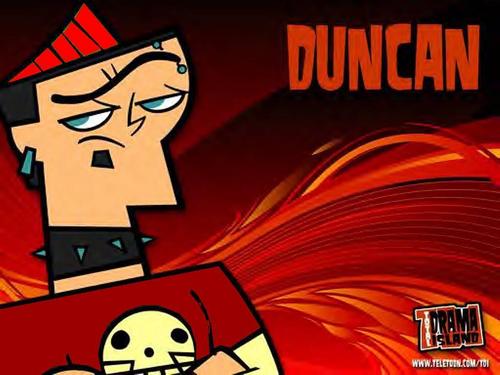 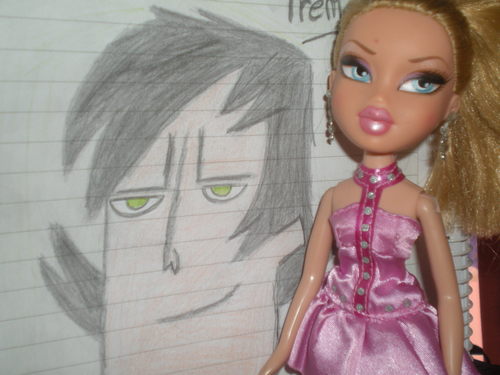