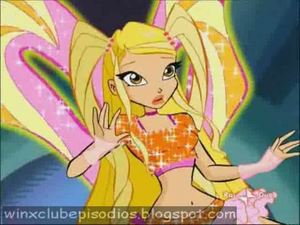 Stella ♥
This is a fact-file all about Stella

Ideal Boyfriend: Beautiful and full of muscles... and super sweet like Brandon

Favourite Movies: Comedies! Nothing is better than a laugh

Favourite Music: Pop music, anything that makes her dance

Favourite Shoes: All, one for each occasion


Now some trivia about Stella!


• Stella's appearance was apparently inspired द्वारा actress Cameron Diaz, according to Iginio Straffi, the creator of the Winx Club.

•The hairband from Stella's Harmonix from is similar to the hat worn द्वारा Andrina, one of the sisters of Ariel in the 1989 डिज़्नी film "The Little Mermaid", both of them have blond hair, and the ribbons making up her Harmonix sandals as well as her Sirenix thighs are of the same color as Andrina's mermaid tail.

•Harmonix is the first fairy form that does not tie her hair into pigtails.

•"Stella" is a Latin and Italian word meaning "Star", referencing her powers, which are derived from celestial objects such as the Sun, the Moon and the Stars. Her parents' names, Radius and Luna, reference the sun and moon respectively.

•Stella is a साल older than the Winx and the rest of her class due to being held back a साल for her acts of delinquency. Even if she is older than the other girls, she acts sometimes like a 3-year-old as shown in Season 5.

•Stella had once flirted with twenty-six Specialists within a day.

•Stella's opposite is Darcy.
• Elementally: Stella having light related powers and Darcy having darkness related powers.
• Personality: Stella is extrovert while Darcy is a sort of introvert and fights द्वारा cunning.

•She had to suffer several body mutations:
• Turned into a monster द्वारा Chimera.
• Her face turned into a doodle when she gave up her looks for the Water Stars.
• She temporarily became a child. Her personality also changed a little.

•Stella is normally seen with Bloom and Flora और than the other girls.

•It is revealed that she is acrophobic (scared of heights), which is ironic since she can normally fly.

•During planning, aside from the age, Stella relatively remains unchanged.

•Stella's princess outfit and scepter were redesigned for the Nickelodeon specials.

•Stella had three childhood designs: in Season 2, she wore glasses and looked like a nerd; in Season 3 she was और formal. During Season 5 she looked somewhat ordinary 3-5 साल old girl. However in Season 5 she wears her normal civilian outfit of Season 5 in her 3-year-old "childhood-form".

•Stella's highlights in 3D transformations are in pink, but in the 2D one, they are in purple.

•She and Aisha are both 17 at first appearance.

•In Season 3, she tries a dress that looks similar to her re-designed Princess of Solaria dress.

The Winx looked around, trying hard not to flinch under the scrutinizing gazes of the soldiers who surrounded them. Bloom was at the vanguard of the group; her blue eyes blazing like the आग inside her, as she watched this Nick Fury make his way towards them.

He had...
continue reading...
1
nature and the bady chapter 9- krystal?
posted by florajames 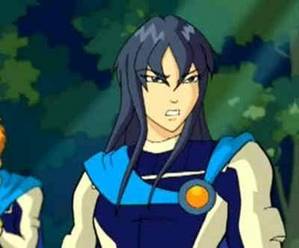 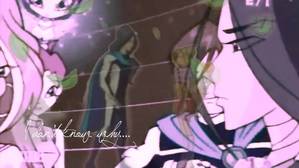 Flora was with her best फ्रेंड्स getting herself ready for her first ever तारीख, दिनांक with helia. she was nervous and excited. bloom, aisha, stella, musa and tecna were helping her.
aisha: im so happy for आप flora!

flora: thanks aisha, im nervous but excited to. its my first date.

stella: come on put this on girl its amazing.

Whilst laughing they all helped flora get ready in a गुलाबी and green dress with गुलाबी shoes and a green flowery hairband. she was ready. they all squeled with delight.
4
New Spirit- Part 2- Light VS. Darkness!
posted by Zmidy313 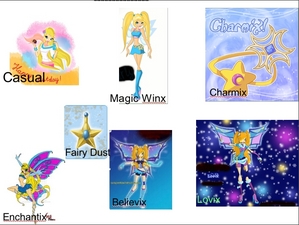 *5 hours before Mangrin and Dakar attack*

"Ugh! Just because I get here early, why does it mean I have to take transformation classes?" I moan as I walk to classroom 17J. I walk in the classroom and I notice these two girls sitting in two seats. One with dirty blond waist length hair, hazel eyes, आड़ू, पीच skin, long legs, hawk-like eyes. The other...
continue reading...
3
Winx Club Story:Bloom's Flyrix पूर्व दर्शन
posted by FloraNature
Because this is just the पूर्व दर्शन i will tell the summary only:

one दिन bloom tell her फ्रेंड्स that she gets the flyrix transformation.But the winx are in a sad mood....Bloom just realized that there is no Musa! This is the chance to use bloom's flyrix.The Girls told Bloom that Musa wad kidnapped द्वारा the trix! Darcy duplicate herself and steal her! Bloom is ready to face the trix again! Icy's plan is to use Musa as her new sis.But when The Winx get their it was to late...The Winx tell the bad news to the specialist and the headmistress."No! it was my fault! i followed Darcy's orders!"says Riven."What do आप mean?"says Flora."I... make her did this.." says Riven."You?"says Bloom."Well i told her to get the winx but i didn't tell them to kidnapped musa.."says Riven.Ok thats all bye...
6
Hatred Prologue - The Wilted Rose
posted by Rainflowers
Authors Note - I am not stopping the Personality. I will continue to write that one, however, something fresh came to me and I had to write it down and share it with you. This is an intense story not really meant for a younger audeince.


Layla fet nothing but hatred. Her body shook voilently. Never in her life would she be able to remove the image of Flora and Musa from her head. Never will she be able to forget two of her best फ्रेंड्स lying down slowly, never to wake up again. She was determind now, determeind to make them all pay . . .

More Than High School
(European title: "Welcome to Magix!")
We meet Stella and Bloom's roommates. Let's go over the edits (and non-edits):
Removal: A shot of a few students entering Alfea gets link
Not an edit: No one points out that Bloom's pet rabbit Kiko passes through the magic barrier perfectly fine in either version, but originally at least, they दिखाना Kiko reacting to passing through just fine.
Addition / Visual: The shot of Stella talking...
continue reading...
4
What Elemental Spirit are you?
posted by Alifya

Hi! Here is a क्विज़ to दिखाना what elemental spirit आप are, from आग to Water, Earth to Air. But remember; people have many spirits inside them!

1) Your friend suffers a terrible break-up. What is your first reaction?
a) Talk to her about why he might have done it, and try to rationalize her behaviour to make her feel better.
b) आप sit on the बिस्तर and cry with her. आप know how it feels.
c) आप hug her and offer to make her tea.
d) आप try to make her laugh and get her mind off of it.


2) You're standing on a पहाड़ी, हिल in the middle of the afternoon. What is the first thing आप notice?
a) The wind blowing...
continue reading...
5
*Free Verse*Poem on Roxy;I am Roxy
posted by lovebaltor

Im was told that I was a fairy द्वारा the "Winx"
I didnt believe them,but soon did,
when Artu was in danger,I recieved my believix

My father was baffled,
The Winx were delighted,
And so was I

We soon went on Quests to figure out where the other Earth परियों were,
We found them,saved them,and then they turned against us.

I am Roxy,
The last fairy on Earth. 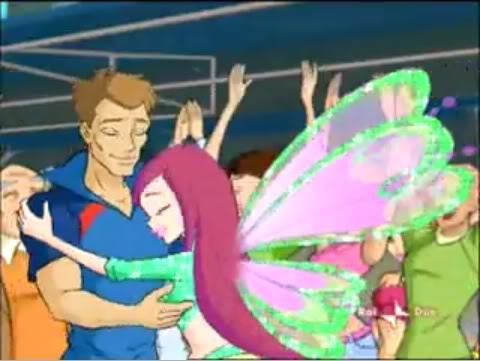 Roxy and her Father
6
Magic & फ्रेंड्स pt. 14
posted by CyD12
Dayra: where is Alex?!?
Amanda: I dont know she कहा she will be right back but it was like an घंटा ago
Dayra: ough! does परियों will get at the door before us!
Alexandra: dont worry Dayra... they wont get before us
Dayra: finally आप are here!
Amanda: what were आप doing?
Alexandra: well... I saw that the परियों have someone new in their group... so I thought that we could have someone new in our group too!
Dayra: I like that idea...
Solna: I am glad आप like the idea cause I am here to destroy those fairies!
Alexandra: she is Solna... the daugther of one of our inspirations to be evil!
Amanda:...
continue reading...
2
A great chance for musa part 4
posted by 30degrees
Musa: Daddy!!!
Musa´s Dad: Musa!! (hugs her)
Tune: nice to see you
Musa´s Dad: nice to see आप too Tune
Musa: wow! i missed to be at home!
Musa´s Dad: i missed आप a lot!
Musa: i missed आप too!(hugs him again)
Musa´s Dad: रात का खाना will be in 30 minutes
Musa: oh ok! im going to my room! i will दिखाना it to Tune (goes to her room)
Tune: MUSA! your room is soooo messed up!
Musa: yeah... sorry about that hehe!
Tune: guess i have a lot of work to do!
Musa: i will help आप but i have to do something first (takes out her phone)
Tune: who are आप calling?
Musa: Riven! i need to know why he didnt say goodbye to...
continue reading...
4
winx club again Part. 10
posted by CyD12
Jeremy: हे Elizabeth!
Elizabeth: hi Jeremy...
Jeremy: so, ready?
Elizabeth: huh? for what?
Jeremy: investigate... remember?
Elizabeth: oh yeah! uumm lets go!
Jeremy: sure, *they get into the library*
Elizabeth: we have to investigate why the witches attack us and who will be the अगला one...
Jeremy: who was the first one?
Elizabeth: Rosella
Jeremy: and the सेकंड one?
Elizabeth: Ariel...
Jeremy: lets start with letters...
Elizabeth: the first letter is R
Jeremy: write it down and Write down A too...
Elizabeth: A of Ariel?
Jeremy: yeah, and because is the last letter in Rosella's name...
Elizabeth: so we have...
continue reading...
3
Winx club प्रशंसक fiction: Roxy's journey. Part 2.
posted by pandawinx
Roxy and Artu stood in the the damp, dark alleyway with Roxy's bike, the only place private enough to perform such an amazing thing; Creating a portal. Considering Roxy was new to the world of magic conjuring a passage way to another world would be a huge effort. "Here goes nothing." Gasped Roxy as she started her spell. "Um...How did the spell go again?" She asked Artu, who justed barked signalling he hadn't a clue. "Ur...Ok then I guess I'll have to hope I get it right: May my powers convert, may a passageway alert, may I walk into it, may it not lead to a pit, may it lead to the magic dimension,...
continue reading... 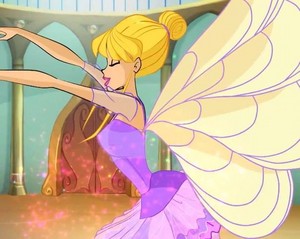 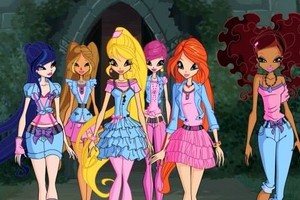 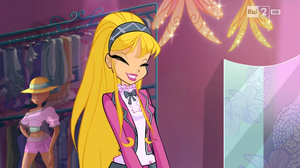 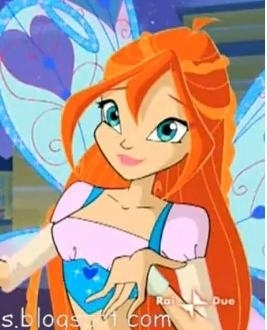 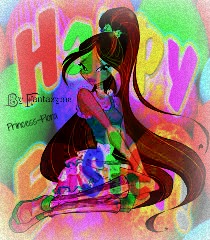