गारफील्ड is one of my प्रिय comic strips. As a matter of fact, I currently owned ALL of the गारफील्ड compilation पुस्तकें as well as joke books, special पुस्तकें including the special anniversary editions, and graphic novels. I also owned a few of the गारफील्ड DVDs. संपूर्ण, कुल मिलाकर I a big, long-time गारफील्ड प्रशंसक in my case 😊☺️😎

Besides Garfield, a couple other प्रिय comic strips of mine are FoxTrot and Pearls Before Swine which I happened to owned a few पुस्तकें of each as well 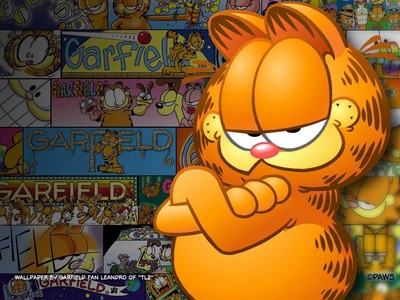