1960 Part 13
posted by Seanthehedgehog
Bob chose to spend the night at a hotel in San Franciscolt. Pierce followed him, and without letting Bob know, he rented a room right अगला to his.

Bob: *Sleeps in his bed*
Pierce: *Laying in his bed* Tomorrow, I'll ask that back stabber why he left me behind.

And in Stockton, Tom and the mare did the same thing to Karl.

Tom: Okay, he doesn't know we're here. Let's surprise him at breakfast.
Mare: Surprise him?
Tom: Tie him up and prevent him from leaving this hotel.
Mare: I don't think that'll work well.
Tom: आप got any better ideas on keeping him here? We gotta stay in front.
Mare: *Shakes her head*
Tom: Okay, so this is what we're doing.

Everything dissolves to the hotel Bob is at. It's 6 AM, and he's planning to leave early.

Bob: *Yawns as he exits his room*
Pierce: *Blocking the stairs*
Bob: Pierce!
Pierce: Why did आप leave me behind yesterday?

In the hallway they were at, there were only seven doors. Four on the left, and three on the right.

Typical San Franciscolt. Famous for having lots of फिल्में filmed here featuring a car chase through her streets.

Stop the song, it's time to check on Tom.

Mare: *Sees Tom come out of the bathroom* Why were आप in there for so long?
Tom: I took a short cut to, and from San Fran.
Mare: I don't understand.
Tom: आप will understand once this movie is over, and we're watching it in theaters. *Leaves the room*
Mare: *Following Tom*
Karl: *Peacefully sleeping*
Tom: *Using towels to tie his four legs to the bed. He leaves without making a noise*
Mare: *Waiting outside of Karl's room*
Tom: Okay, job done. Let's go.

2 B Continued
sunsets side
posted by vassilpslover
"I wonder what twi's doing?" Asked इंद्रधनुष dash. " yeah haven't seen her so freaked out when she seen, well our new twilight" कहा sunset shimmer. " I feel like I have replaced her..." कहा twilight. "took a long time to explain who our new two was!" Replied applejack. When the घंटी, बेल rang... Twilight walked over to her new friends.

"Hey girls! Tomorrow I gonna go visit my old school, if that's OK with आप girls." " um really, this soon?" Answered rarity. बनाया गया, एपलजैक, मौजमस्ती nuged rarity. ouch! " what was that for?!" She Replied. "Of course we understand!" बनाया गया, एपलजैक, मौजमस्ती कहा while putting a hand on twilights...
continue reading...
1960 Part 8
posted by Seanthehedgehog
Tom was driving his car through Bakersfield. He was annoyed with the traffic.

Tom: I should have taken an airplane instead of driving around like a fool. I would have beaten everypony to Seattle. *Sees a mare* Oh hello. *Stops the car* Where are आप heading?
Mare: Seattle.
Tom: That's where I'm heading.
Mare: Will आप give me a ride?
Tom: Sure. Hop in.
Mare: *Gets in the car*
Tom: *Drives* You're sexy.
Mare: Thanks. I want to-

Okay, आप don't wanna know what she's going to say, so we're going to हटाइए onto Pierce, and Bob. They went to where they parked their cars, but they were gone.

Pierce: *Looks...
continue reading...
1
Since it's close to हैलोवीन I managed to put both my कपकेक spoofs together as one big story...
posted by Canada24
WARNING:
This story may contain dark content, and swearing..


Our story begins when the young mare इंद्रधनुष Dash, came into SugerCube Corners, as she promised to spend time with the 'seemingly' innocent and adorable, Pinkie Pie. But unknown to Dash, It's not Pinkie, it's the Pinkamena, the EVIL verison of the गुलाबी mare.

PINKAMENA: *voice is heard from within the dark kitchen, but the mare herself, isn't seen* Rainbow! आप made it!

PINKAMENA: *Still not seen yet* Oh that's ok,...
continue reading...
1960 Part 6
posted by Seanthehedgehog
Pierce, and Bob were in Santa Barbara. They have been driving अगला to each other for a long time. Now they had their windows open so they could talk to each other.

Pierce: *Checks his gas tank. It's nearly empty* I'm not stopping until आप do.
Bob: Lucky for you, I'm low on gas.
Pierce: So am I. *Sees a gas station ahead of them* We'll pull in there, and get some gas.
Bob: Okay.

The both of them got their cars at the gas station, and stopped to refuel.

Gas Station Pony: *Arrives* What can I do for आप two?
Pierce: Full tank.
Bob: Same here.
Gas Station Pony: *Puts hoses into their tanks, and...
continue reading...
1
Death Note Parody (Featuring फैन्पॉप Members) Ep 18
posted by वींडवेकर्गाई430
MegaSonicZone: (Walks through metal detector, and it goes off) COME ON, I’VE BEEn HERE FOR A WHOLE HOUR! Oh, screw this (Takes pants off) There, will this work (Walks through detector and gets through) Finally
Mr.Brightside: There आप are, Mega (See’s a bandage on his head) Did आप get hurt
MegaSonicZone: Oh, yeah. आप see, my wife and I had an argument. आप see, my daughter is still young and they think I pay और attention to work then to them
Mr.Brightside: Oh…… whatever
Izfankirby: Well, we were just keeping an eye on W, Jordy, and Onyx (Points at monitor with them on it)
(Meanwhile)...
continue reading...
The Storm Part 2
posted by Seanthehedgehog
In St. Foalis, two ponies climbed into a helicopter on चोटी, शीर्ष of a building.

Orion: *Sits in pilot's seat*
Snowflake: *Sits अगला to Orion*
Pony: *Gives manifest to Orion* आप two need to get some oil to a trucking depot in Trenton Neigh Jersey.
Orion: All the way in Neigh Jersey? What for?
Pony: It's needed द्वारा a town द्वारा there, and we're the closest company that can get it to them. Better start flying.
Orion: *Starts up helicopter*
Snowflake: Why did I let आप talk me into this?
Orion: Because it's a fun job.
Snowflake: We're pegasi. We don't need to fly these things.
Orion: Well I like it. *Gets...
continue reading... 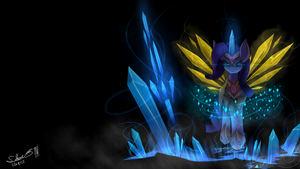 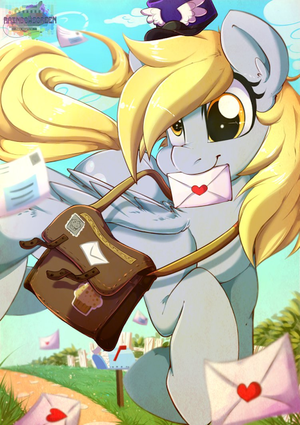 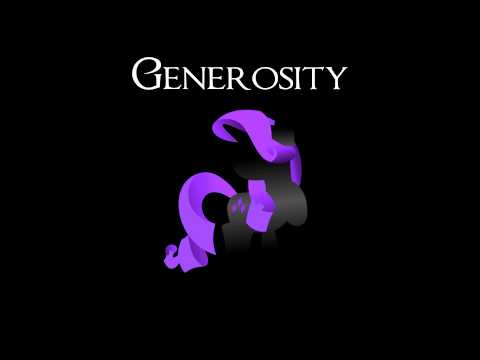 When papillon, पैपिलोन fell off a cliff, and into a river he fell asleep from a dart that hit him.

Papillon: *Wakes up*
Tribe Ponies: *Standing in a वृत्त looking at Papillon*
Papillon: *Slowly stands up*

The tribal ponies were very pleased to meet him, and accepted him into the tribe.

Tribal Mares: *Walking out of the ocean carrying buckets full of waters, and oysters*
Papillon: *Sitting on a नाव that has been placed upside down*
Tribal Mare: *Smiles at papillon, पैपिलोन as she walks past him*
Papillon: *Smiles* 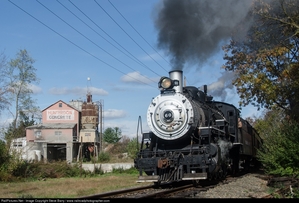 The train going over the crossing
In the पूर्व part of M.C.C, Ryan had the idea of going past a railroad crossing while a train was about to pass, so that the police ponies would crash.

The train soon started going across, and the police ponies had to stop. 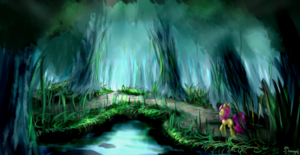 5
Awesome टट्टू pics
added by NocturnalMirage
Source: joyreactor
1
The History Of Equestria: Police Ponies Part 3
posted by Seanthehedgehog
टेलीविज़न shows about Police Ponies are popular. There have been many Cop shows over the past sixty years. Dragnet, Adam-12, Hawaii Five-0, The Streets Of San Franciscolt, the सूची is almost endless. We asked someponies what Cop दिखाना they liked, and here are the उत्तरों we got.

Rainbow Dash: I really like watching Blue Bloods. A lot of action, and everything else that's awesome is in there.
Twilight: Man, what makes आप think I'd watch a दिखाना about something I hate? F**k the police!
Appplejack: I don't have a television, whatever that is.
Big Mac: Eeyup. *Looking at magazine for T.V set* (My...
continue reading... 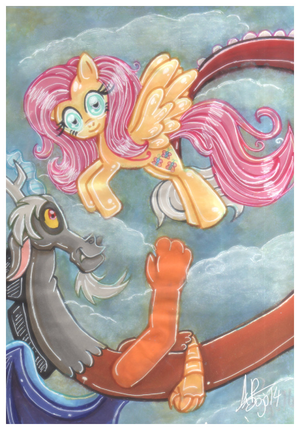 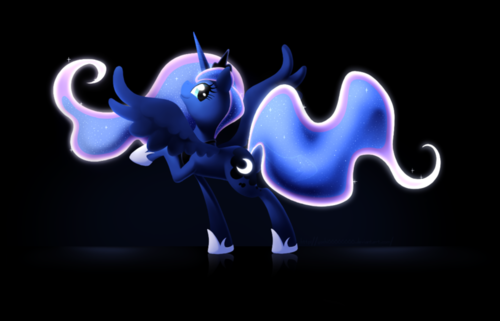 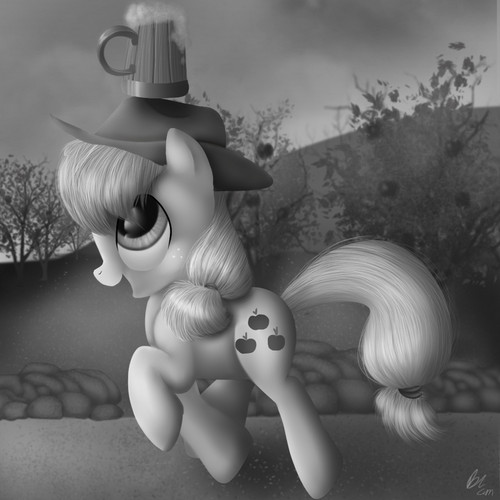 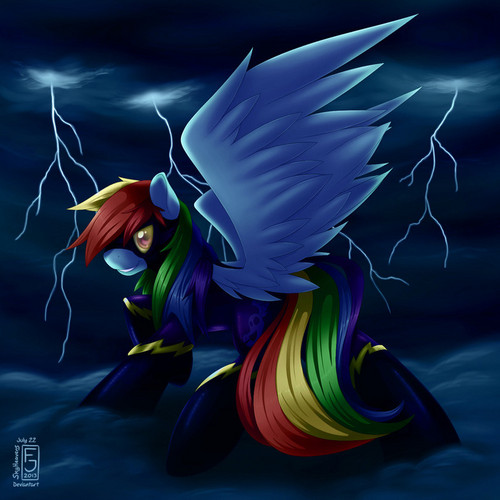