4
Once upon a curse Chapter 2: Learning Names
posted by auroraxaurelia
"It's alright dear. Calm down. Shhhh." कहा the चाय pot on the table. सिंडरेला was backed up to the fireplace facing the talking objects.

"Well it's not my fault the girl looked at me." कहा the clock, who was trying to justify himself to the candelabra who was shaking his head disapprovingly. सिंडरेला looked on as the objects started to argue.
"Don't आप shake you're head at me candle! आप never.." "You always have to.."
"Me!? You're the one who always.."

While the objects started fighting सिंडरेला backed up, wide-eyed toward the fireplace. She did not feel the heat of the आग jump to her dress.

"Oh NO!" yelled the candelabra. "Mademoiselle! Your skirt! It's a Blaze!" Everyone turned at once and saw the bottom of Cinderella's on fire. Immediately सिंडरेला dropped to her knee's and smothered it out. The candelabra was द्वारा her side in a flash.

"Phew! That was close cherie." कहा the candelabra. सिंडरेला looked at the three objects still in awe. "How? Wha... I ..." सिंडरेला mumbled, not able to from what she wants to say. "Oh, its alright cherie. Take your time." कहा the candelabra. "Now look what आप have done!" Scolded the candelabra to the clock. "Me!?" Squeaked the clock. "Its not my.." "Yes! Yes, you!" yelled the candelabra. The two began to fight again and once again the चाय pot stepped into break-up the argument. She कहा "Boys! Boys! BOYS! आप are upsetting the poor girl. Can't आप see she is scared." "I'm not scared." कहा Cinderella. All three objects stop. "What did आप say dear?" Asked the चाय pot. "I said, 'I'm not scared'." repeated Cinderella. "I was just taken off guard." "Well, that is quite understandable dear. We can be..... a lot to take in." कहा the चाय pot. "Let us introduce ourselves mademoiselle. I am Lumiere." कहा the candelabra as he bowed deep. "I am Mrs. Potts dear." कहा the चाय pot. "And I" bowed the clock "am Cogsworth. Manager of the household." "Pleasure to meet you." कहा सिंडरेला cordially. "Oh. I have something for you." She कहा to Cogsworth. She fumbled through her thin कोट and pulled a letter out and handed it to Cogs worth. "Oh." He said. Cogsworth opened the letter and read silently to himself. Mrs. Potts and Lumiere looked on over his shoulder पढ़ना along. The letter read:

To the manger of the household,

I have heard that आप were seeking servants sometime ago. I send आप this girl to you. She should be of some service. No task is to menial for her and she prefers the less desirable tasks. Don't be afraid to work her. She can do और than she lets on. Good luck with your new servant.

"Well! The nerve of that woman. Who does she think she is?" complained Cogsworth. "Who indeed!" exclaimed the Lumiere. Both were quite upset about the letter. "She does not even give a care to this girl. What sort of woman is this?" continued Lumiere. "Obviously some .." "Enough!" कहा Mrs. Potts as she cut Cogsworth off. "This is not the time to discuss this." कहा Mrs. Potts, slyly indicating सिंडरेला was still with them. Both somber-ed up but their frustrations were easy to see. Turning her attention back to सिंडरेला Mrs. Potts कहा "Well. Welcome ..... um. We haven't been properly introduced yet. What is your name dear?" "Oh, pardon me. My name is Is... Cinderella. My name is Cinderella." कहा सिंडरेला as she blushed at her lapse in etiquette. Mrs. Potts caught Cinderella's name confusion but did not mention it. "Well, welcome Cinderella. आप must be tired from your journey dear. Lets get आप settled into a room so आप can rest." Mrs. Potts smiled comfortingly at Cinderella. "I am a bit tired." कहा Cinderella. "Then let us lead the way cherie." कहा Lumiere as he hoped toward the open door where सिंडरेला came in. Mrs. Potts and Cogsworth jumped down from the तालिका, टेबल and joined Lumiere. "Follow us Mademoiselle." called Cogsworth from the open door. सिंडरेला quickly collected her things and followed the others out of the room and down the hall. She followed them as they crossed the grand entrance hall of the castle. सिंडरेला looked around at the dark splendor of the hall. The room was oddly familiar but she couldn't place it. On the सेकंड level over looking the hall was a dark figure watching the small procession as it crossed the hall. सिंडरेला did not notice this figure that watched her as she followed Mrs. Potts , Lumiere, and Cogsworth across the hall and out of sight.
Disneyotaku, kristenfan10109 and 2 others like this
bugbyte98 Oooh how exciting :D
princecatcher93 I just found this and so far I LOVE IT! Can't wait to read more.
auroraxaurelia Glad you think so. I was worried how this one would go over.
RoxStar09 I'd like to see Cinderella there instead of Belle now xD I always have xD
auroraxaurelia :D I have a secret but it is like a foreshadow. So I don't know if I should tell you.
RoxStar09 No, the suspense is killing me! D8 -tearshairoutofheadinwrithingagony- Rose, how could youu~ T3T
auroraxaurelia Lol, don't worry I won't keep you waiting long. I should have chapter three up tomorrow. I am going home tomorrow so I'll have limited internet but I will do my best. :)
LightningRed Interesting! Cinderella works in Beast's palace.
auroraxaurelia Yep, she's going too.
TheCrystalRing Now that I think about it, of course Cindy wouldn't be afraid of inanimate items talking; she does talk to mice...Anyways, I can't wait for more!
auroraxaurelia ^Thank you more is coming soon. That was what I was thinking. Talking mice aren't too far from talking objects.
auroraxaurelia For all those who have been waiting chapters three and four are up. 3: http://www.fanpop.com/clubs/disney-crossover/articles/203162/title/once-upon-curse-chapter-3-kitchen-meeting 4: http://www.fanpop.com/clubs/disney-crossover/articles/203198/title/once-upon-curse-chapter-4-something-shadows
Brandon1996 I love this one! XD
auroraxaurelia :D Thank you. 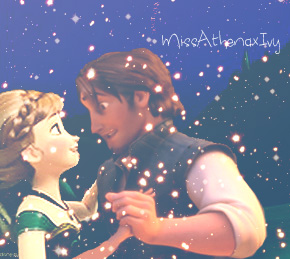 6
आप Shine Like Starlight
added by MissAthenaxIvy
Source: Disney, Myself 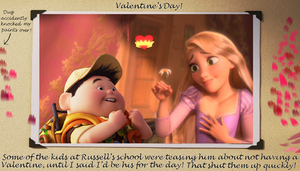 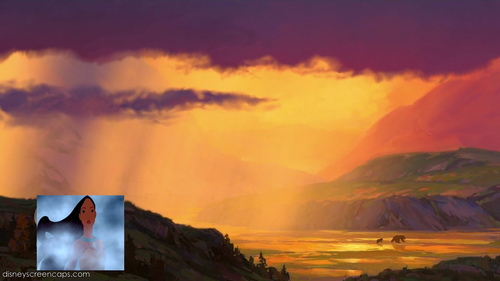 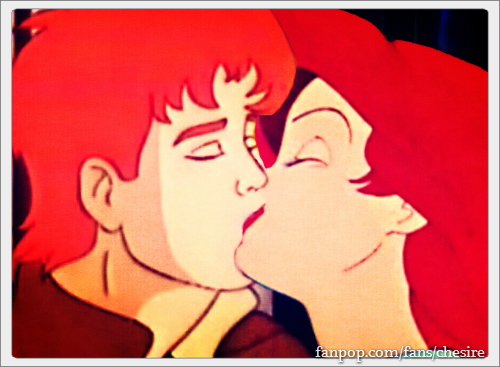 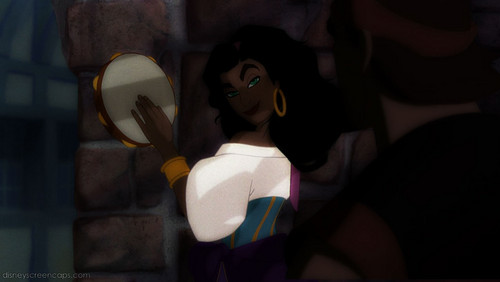 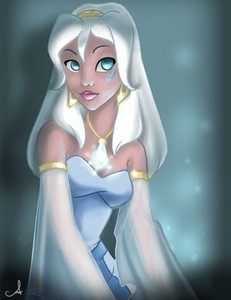 Kida's beautiful gown
"There. आप are done." Chel says as she puts her finishing touches on Kida's face with makeup. Kida stands up and looks into the mirror. She gasps. Her beautiful blue dress complimented her personality. Kida had never looked और beautiful in her life.

Proteus looks around the ballroom but doesn't sight Kida anywhere. "Proteus!" The prince turns around only to see his fiancee, Marina. "M-Marina! I've been looking for आप everywhere!" he lies to her. "I was dancing with my brother." मरीना says as she raises her eyebrow. "May I speak with आप privately please?" Proteus asks his soon-to-be-wife....
continue reading... 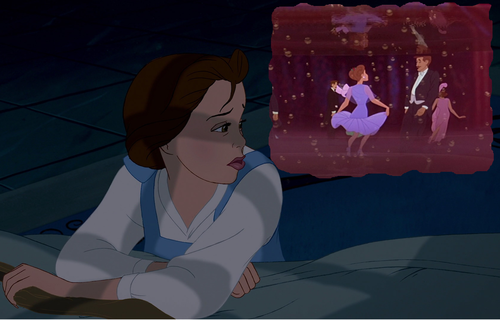 "How could you?"
added by PrincessBelle2

1
Hanging Out
added by GeekyTech 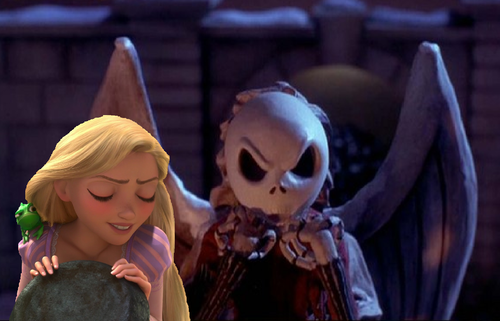 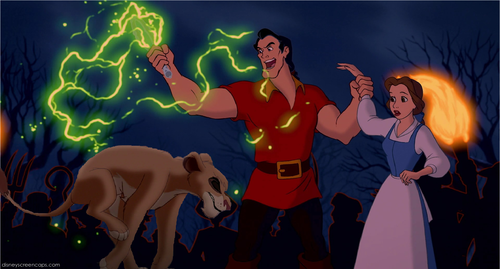 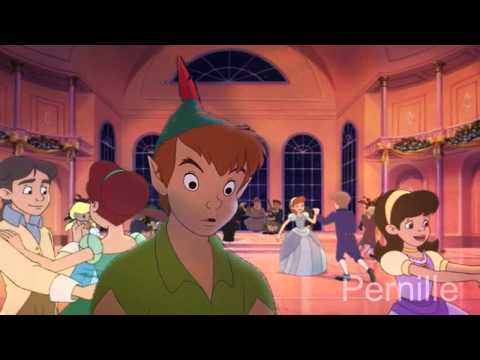 Peter and Melody - reupload // I'm only me when I'm with आप
added by Jade_23
I do NOT own this video.. This belongs to ButterFlyPrincessPJ on youtube.
video
crossover
डिज़्नी
ariel
melody 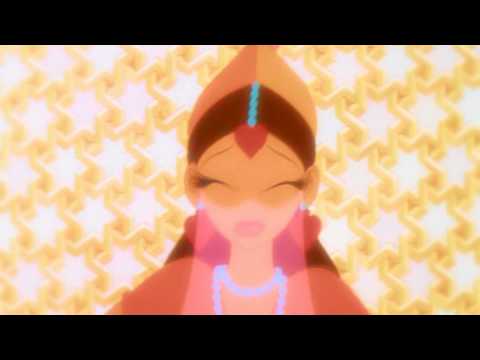 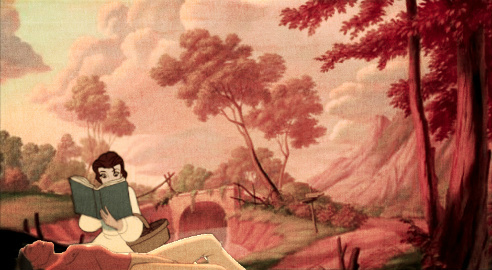 3
Fields of सोना
added by HerbieStardust 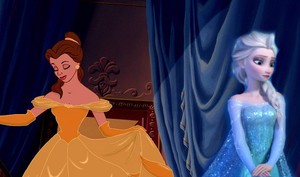 4
"Daughter to Father" ~ Kayley/Jim/Sinbad
added by Animated_Paint
This is one of my favourite crossover videos, I found it really touching. Basically Sinbad is Kayley and Jim's dad but he left when they were kids and never came back.
video
crossover
डिज़्नी
jim
sinbad
kayley
quest for camelot
सिंडरेला
treasure planet
More Cards
1234567891011