1
SPOILERS FROM 4X12
posted by MISAforever
WOOOO SPOILERS FROM PPL WHO WATCHED अगला WEEKS EPISODE 12 DONT READ IF U DONT WANT IT SPOILER 4x12 spoilers from the Caerphilly advanced screening today: -There was a lot of action straight off the bat, with some really funny Merlin and Arthur scenes. -There was some nice Arthur and Merlin stuff. Definitely a few funny moments, although nothing outrageously shippy in my opinion. -I can टिप्पणी दे on
Merlin and Arthur having nice scenes because it's obvious that they would be together for at least some parts of the episode. -There isn't any mention of the tension between Arthur and Merlin in 4x11. The plot isn't light but the general Merlin/Arthur interaction is और of what we're used to, with a bit of a twist. -Tthere was a lot of Bradley's body on display for pretty much the whole thing. -It was a good episode for the Arthur/Merlin relationship. In general, Merlin took a very central part to the plot and direction of the story, so it was good to see him leading the finale like that. -Perhaps some of the humour was a little over-used but all in all I found it a perfectly acceptable first part to the finale. -One of the things I was hoping for feels a lot less likely now that I've seen part one, but nothing's for certain. -No mention of Merlin getting new clothes was made. Arthur, on the other hand… -A lot happened. -Gwen's dress was pretty. -Geoffrey of Monmouth isn't featured in the episode.
aidablue8 likes this
missNST The "dress" is actually the fur vest and flower tunic.
EPaws Uhhmmm who thought this was a review? The 4 year old that wrote it?
kbrand5333 I know, really.
missNST Here is the original source http://iamsleeping.tumblr.com/
leona21 Is this a Merthur shipper review or what? So I take it the whole of episode 12 is just Arthur and Merlin with Gwen wearing a nice dress in the background. I know they are asked not to spoil but a hint of other characters would be nice. Thanks for sharing it with us MISAforever.
LadyKnighton Well I'm not excited anymore if it's going to be a Merthur episode. I hope the 4 year old that wrote this is extremely wrong!
MISAforever Hope so as well
whatthe311 Who wrote this rubbish?
DarknessToLight I can't take a Merthur episode, I need Arwen! I hope this is wrong too, because Arthur and Gwen have to get back together! "Tthere was a lot of Bradley's body on display for pretty much the whole thing", "Gwen's dress was pretty" well, these parts can be right, especially if the first one happens with Gwen close.
Thayzee This is some crap... I think he/she is pulling our legs... Whatever... It just doesn’t seem to flow with episode 11... To think that we came off this high and be give this nonsense is totally ludicrous.... I'm not worried in the least, I have faith the writer will give us something to look forward for season 5...
EPaws I don't think it is a Merthur episode at all. I think the two brain cells they used to write it, is myopic and they completely, what is new, misinterpretted the entire premise. I am not worried about this episode at all. In case you missed it, Gwen is in it, and so is Arthur and indicators are they are together. They just could not wrap their brain about that part lol. Hang tough. An actually sentient adult will no doubt have a review soon.
2Sam11 it was clear that gwen/arthur will be in the background...and i love arthur/merlins relationship so i`m not really dissapointed. That gwen is in if was sure.. but the other question is will they meet and when they meet how will the whole arthur/gwen thing turn out??...I would really love the idea that gwen and arthur marry in ealdor.. (even though i don`t have hope for that to happen)! Well the writers have 2 episodes to bring them together,marry and the cronation... i hope they will do it with the right timing.. And well THIS review is totally shit!! a little review from some merthur fan.. only because he/she not write that great arwen happen.. it don`t means that it will not happen <3 so don`t give up hope arwenities! and when a merthur fan write : One of the things I was hoping for feels a lot less likely now that I've seen part one. Arthur, on the other hand… -A lot happened. -Gwen's dress was pretty! That can only mean good things for arwen! maybe a wedding ??
Lucerne28 So-called spoiler was crap. Seriously would it have killed this person to throw a few crumbs and give a few hints? I will be very disappointed, especially after 4 x 11, if we get none to very little Arwen interaction in 4 x 12. And for the love of all that is sane, let Arthur and Gwen find out about the bloody enchantment already. Villains are always chatty, wanting to twist the knife in. Why aren’t Morgana, and Agravaine talking? We had the perfect opportunity with Morgana and Gwen in the forest, but nothing came of it. 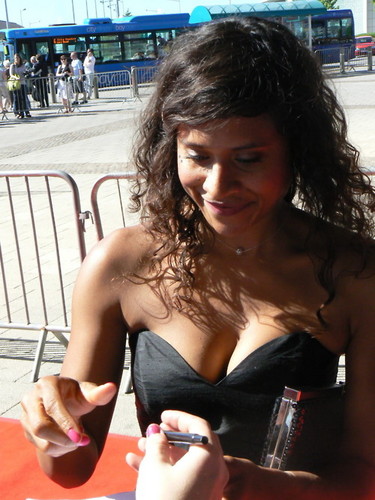 1
Why Bradley James आप Were Blushing LOL!
added by EPaws 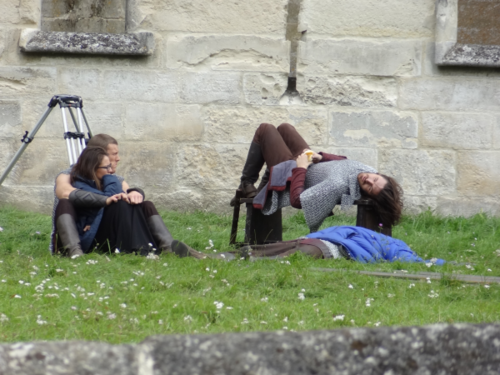 1
Bradley James: Out for the Count *snort*
added by EPaws
Source: myotherlifeasafangirl 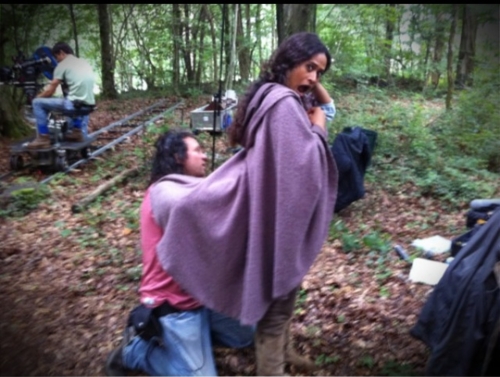 3
Gwenventures! What Is He Doing Under There!?! Arthur Time To Slap People!
added by EPaws
Source: adrianbell1 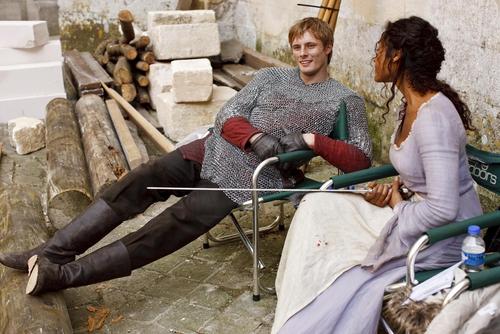 7
Season II: Behind the Scenes
added by alessiamonari 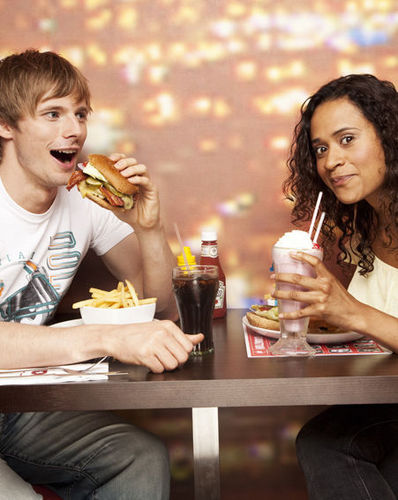 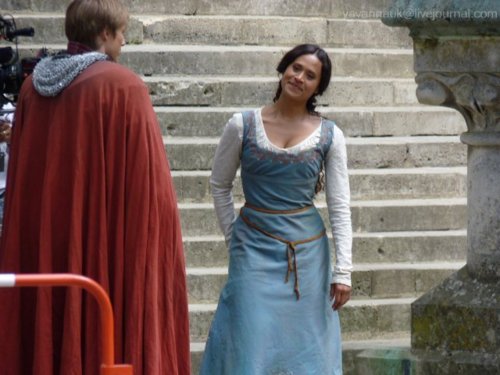 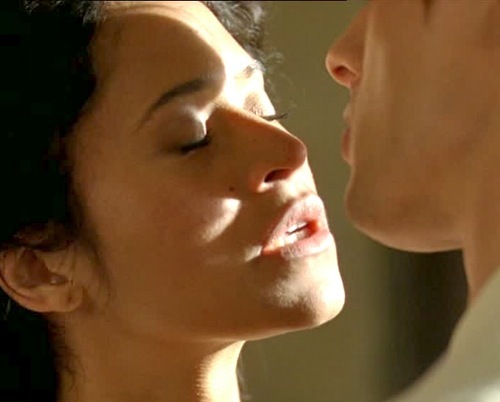 5
Merlin 4.05 Sexy As Hell Gwen - She Has A Jawline Too
added by EPaws
Source: pendragonemrys 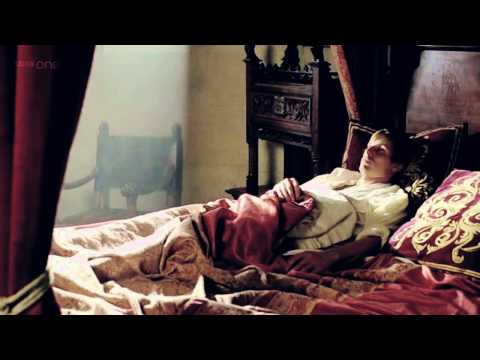 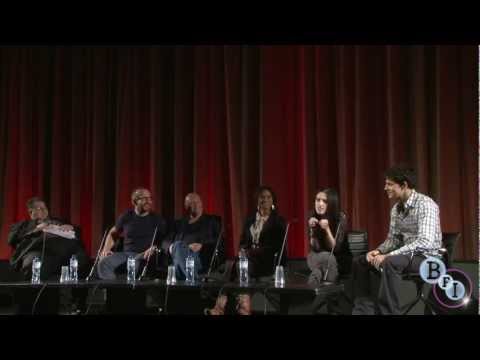 1
BFI Professional Version - Different Camera Angle
added by EPaws
Body language is everything in this life. I am so amazed how unobservant and या shallow most people truly are. Great interview. Audio is terrific.
video
merlin.bbc 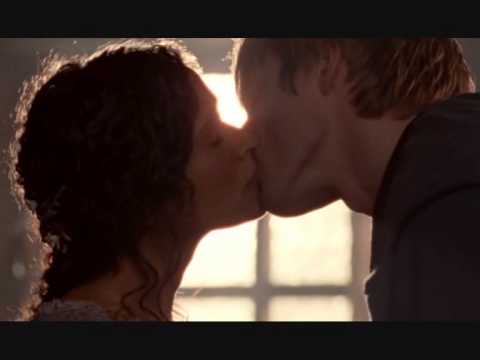 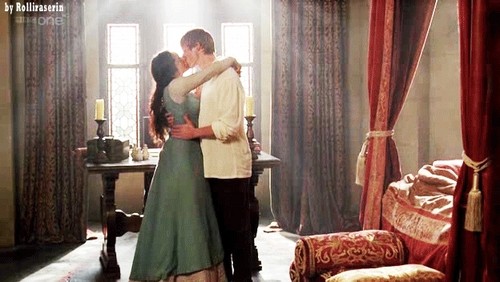 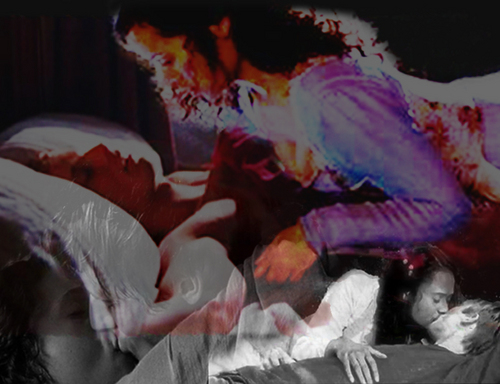 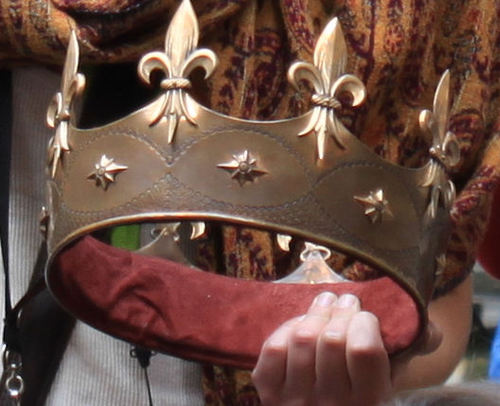